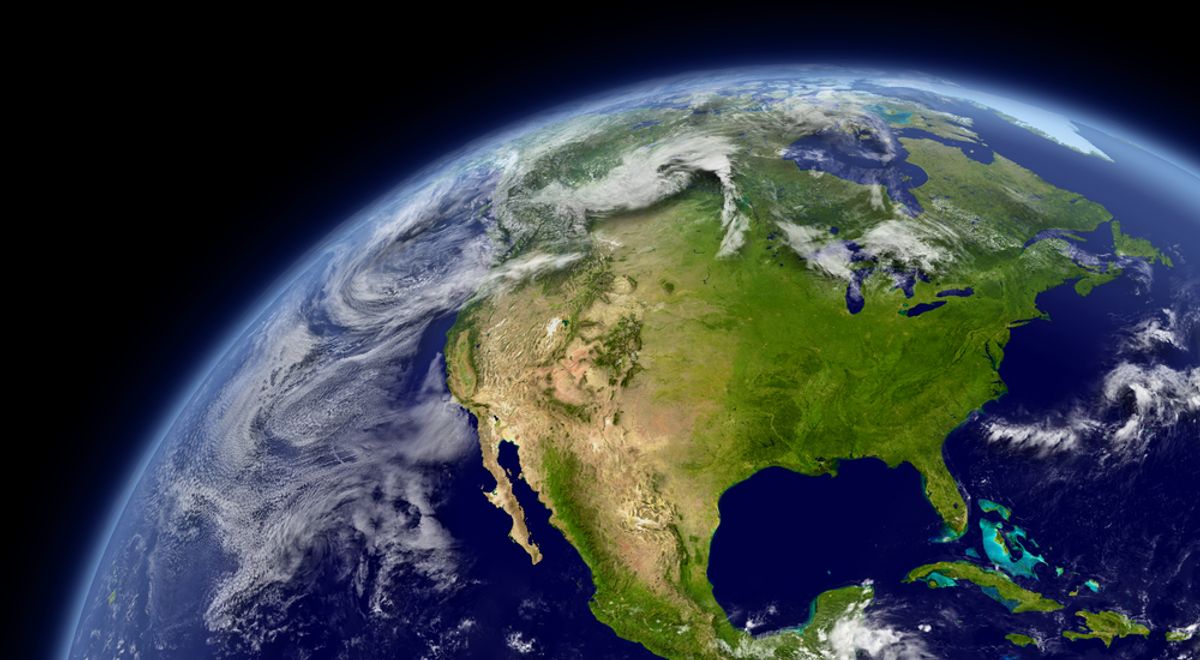 It's been 44 years since the first Earth Day, and while the world continues to pay lip service to the environment every April 22 (check out today's Google doodle!), those following the steady forward march of climate change are in a somewhat less celebratory mood. As Andrea Thompson points out over at Climate Central, the concentration of CO2 in the atmosphere has been above the previously record-breaking level of 400 ppm for the entire month of April -- a first for all of human history. Kate Sheppard at the Huffington Post sums it up thusly: "Happy Earth Day. We just reached another scary climate change milestone."

To further "celebrate," Climate Central released an interactive map showing just how bad global warming, in the U.S., has gotten since the first Earth Day, in April 1970. Using stats from the National Climatic Data Center, they found that from then until now, temperatures in the contiguous 48 states have been warming at a rate of 0.48 degrees per decade -- nearly twice the global rate.

The Northeast, Midwest and Southwest are warming the fastest, but the trend can be seen throughout the lower 48. Of them, 26 are now at least 2 degrees warmer than they were in the '70s. For 16, it's 2.5 degrees. Check out how they're doing below: