What Jenny McCarthy hath wrought: Alicia Silverstone is the latest celebrity to beat the anti-vaccine drum 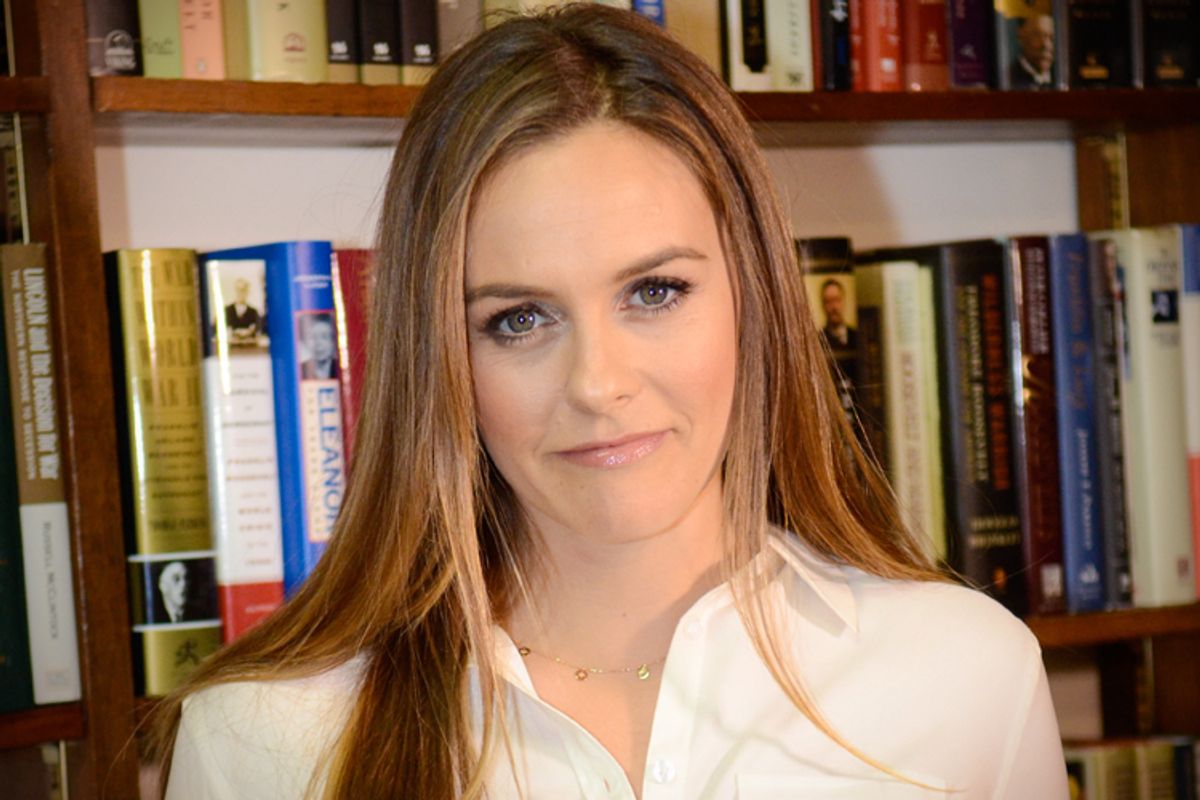 Alicia Silverstone and Jenny McCarthy have a lot in common. They're both blondes who were famous in the '90s and who now use their celebrity to spout dubious parenting advice. But whereas McCarthy has of late been clumsily trying to rewrite her very public record of unscientific statements, Silverstone seems willing to pick up the slack. Behold "The Kind Mama."

Silverstone has long been an active and outspoken vegan and advocate for living "eco-friendly." But since the birth of her son Bear nearly three years ago, she's also appointed herself a mothering expert. Look, if Cher Horowitz wants to pre-chew her toddler's food for him, I say, whatever works. If she wants to teach her kid to poop in the yard, good for her. And if she's raising her child on a vegan diet and it's working for them, they can knock themselves out. But when she starts spouting nonsense in the form of advice "you might want to consider," "just to give you information," then she's actually becoming a problem.

In Silverstone's new book, "The Kind Mama," she promises "an authoritative, one-stop guide that empowers women to trust their instincts" while warning against stuff like tampons and vaccines. "Unfortunately, feminine-care manufacturers aren’t required to tell you what’s in their products," she says, urging women to reconsider their feminine protection for the sake of their fertility, "which means that no one’s talking about the potential pesticide residues from non-organic cotton and the 'fragrances' containing hormone-upsetting, fertility-knocking phthalates." It's true that a Women’s Voices for the Earth study last year showed that major tampon brands can contain chemicals like dioxin. But as Elle quickly rebutted, "dioxins from tampons are approximately 13,000-240,000 times less than the levels of dioxins we're exposed to in our diets." And good luck finding any solid research correlating tampon use with infertility, though there is, surprisingly, evidence that using them can stave off endometriosis – a leading cause of infertility.

More troubling, though, are Silverstone's views of child healthcare. She says that thanks to her family diet, her son's "never been sick-sick – just feeling a little off from time to time, maybe with a stuffy nose – but then it passes. Because his body is a super-clean, healthy machine, it can defend itself against and flush out all the nasty stuff much more quickly than a baby whose diet isn’t as kind .… He’s never had a drop of medicine." There's no doubt Silverstone takes good care of her son and is lucky to have a healthy boy, but she's also selling an inaccurate idea that being "super-clean" is a panacea against illness. In fact, a controversial study earlier this year suggested that vegetarians may be more prone to allergies and certain chronic health problems. I'm a strong believer that moving toward a more plant-based diet can boost your health and well-being at any age, but I wouldn't frame in a brag about never needing a drop of medicine. And I find it deeply troubling to consider what an enthusiastic reader might do with that anecdote, and faced with a baby who truly needs a fever reducer or antibiotic.

Silverstone also has some thoughts on vaccination. On her Kind Life site last year, Silverstone posted a story on pediatrician Jay Gordon, a man famed mostly for being Jenny McCarthy's son's doctor. In it she quotes Gordon's rather unreliable statistic that "One of my biggest problems is that 99% of pediatricians don’t feel that parents should even participate in the decision about how or when, let alone if a baby should get all, some or none of the shots at any given office visit." Gordon's skepticism about vaccines is well-established. In an interview with the now defunct Cookie magazine a few years ago, he declared, after being asked about the side effects of immunization, that "I’ve seen kids who developed autism shortly after vaccination," and added, "I think that the public health benefits to vaccinating are grossly overstated. I think that if we spent as much time telling people to breastfeed or to quit eating cheese and ice cream, we’d save more lives than we save with the polio vaccine."

In her new book, Silverstone seems likewise concerned, noting, "While there has not been a conclusive study of the negative effects of such a rigorous one-size-fits-all, shoot-’em-up schedule, there is increasing anecdotal evidence from doctors who have gotten distressed phone calls from parents claiming their child was ‘never the same’ after receiving a vaccine. And I personally have friends whose babies were drastically affected in this way." Oh well, if you personally have friends, I guess, that anecdotal evidence is all one would require! Forget the clear-cut rise in preventable diseases that lack of immunization is tied to. To hell with the World Health Organization's definitive statement that "There is no evidence of a link between MMR vaccine and autism or autistic disorders" or the American Academy of Pediatrics' statement that "There is no association between MMR and autism" and that "Studies and years of experience show that vaccines used for routine childhood immunizations can be safely given together, at one visit. The vaccines work just as well, and this does not increase the risk of side effects. In addition, the scientific data show that receiving multiple vaccines has no harmful effect on a healthy child’s immune system."

By all means, parents should have a dialogue with their pediatricians about their vaccination schedule and what works for their family. They should feed their kids a diet that extends nutritionally far beyond hot dogs. Use tampons; don't use tampons. But please don't swallow shaky, unsubstantiated advice – advice that can potentially put other individuals at serious health risk -- because the hot girl from the Aerosmith videos a generation ago says so. Because that'd be just clueless.