Let's break into the FBI! Before Snowden and Manning, there was "1971"

Four decades later, lefties who stole secret files and got away with it come clean on a heist that changed history 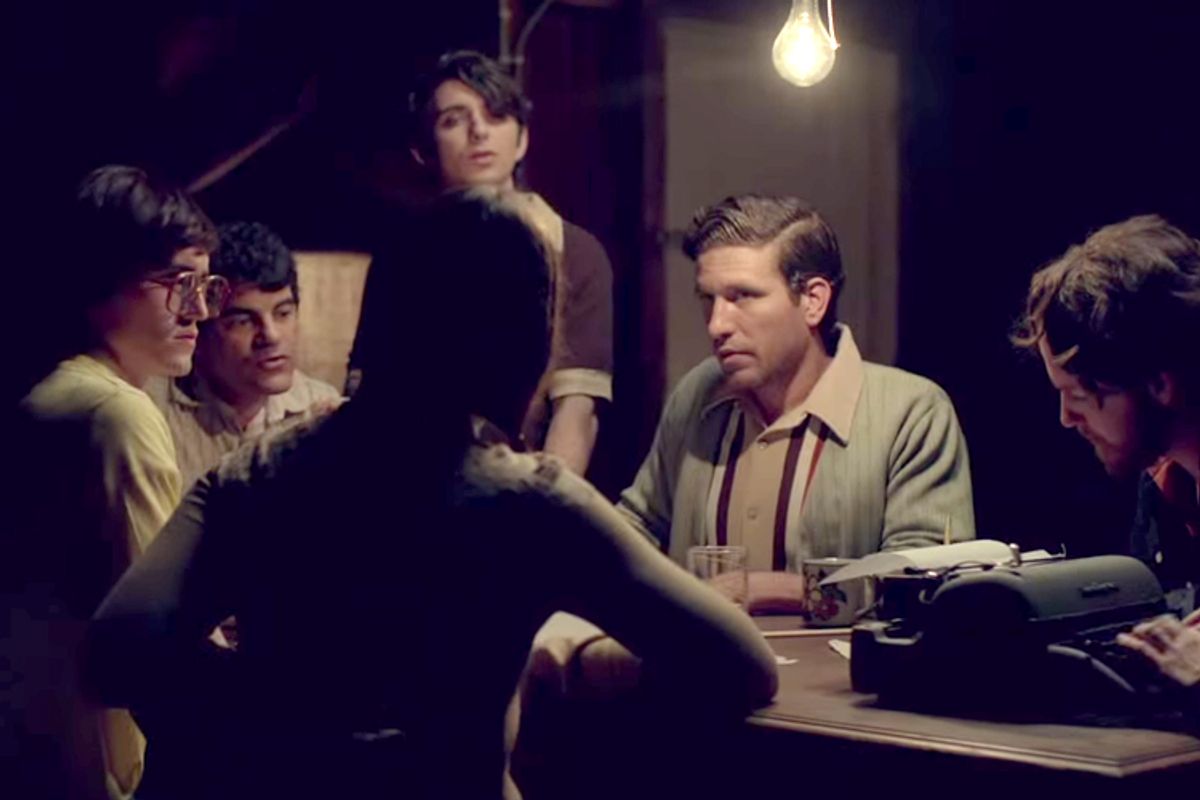 Long before Edward Snowden and Chelsea Manning, and even before Daniel Ellsberg and the Pentagon Papers (although only by a matter of months), there was the Citizens’ Commission to Investigate the FBI. Some well-meaning lefty nonprofit spun off from the ACLU? Not quite. This self-appointed commission comprised eight antiwar activists in Philadelphia, who committed a daring act of counterespionage in March of 1971, breaking into a small suburban FBI field office in the middle of the night and stealing every file in the place. That modest pile of papers turned out to be the tip of an enormous iceberg, providing mainstream America with the first solid evidence of something radicals and dissidents had known for years: The United States government devoted immense amounts of money, energy and manpower into spying on its own citizens.

That information surprises absolutely no one today, of course, but that in itself indicates how much Americans’ attitudes about their own government have changed over the last four or five decades. The collective cynicism or disenchantment of the current era, which reaches from Occupy radicals to Cliven Bundy, and almost everyone in between, is a double-edged sword. One journalist I talked to last weekend at the Tribeca Film Festival shrugged off the impact of Johanna Hamilton’s rousing documentary “1971,” in which the members of the Citizens’ Commission come forward for the first time to talk about their history-making heist (long after the statute of limitations has expired). Big deal, my colleague essentially said -- anybody who didn’t know that kind of stuff was going on was hopelessly naive.

No doubt that’s a realistic view of the inherently hypocritical, paranoid and Machiavellian nature of power. But part of the foundational myth of America was in fact hopelessly naive, the belief that we were a purer, better and freer nation than any other, a shining city upon a hill with a special dispensation from God. In the contemporary climate of permanent political derangement, that doctrine of American exceptionalism somehow manages to endure alongside intense and widespread distrust of government. Cliven Bundy waves the flag, but what it represents for him is something I can barely understand -- apparently some mystical essence that’s totally unattached to the existing American nation-state.

But as my colleague Elias Isquith recently observed, it’s easier to mock the Cliven Bundys of the world than to notice that in their own upside-down fashion they’re making a valid point. The no-big-deal attitude of disenchantment can also insulate us from further outrages; Snowden’s revelations about NSA surveillance are no big deal, as long as we believe we trust the people in charge. After all, I’m not a terrorist! What do I need a Constitution for? This cognitive dissonance is especially useful for Democrats eager to support a likable president with “progressive” social policies, who has greatly expanded the extra-constitutional national-security state he inherited from his reviled predecessor. Another film in the Tribeca lineup, James Spione’s documentary “Silenced,” explores the Obama administration’s use of the notoriously broad 1917 Espionage Act to prosecute at least eight government whistle-blowers, including former CIA agent John Kiriakou, who exposed the agency’s use of torture on al-Qaida detainees. (It’s the same law that has been variously invoked against Snowden, Manning and Ellsberg, and that led to the execution of Julius and Ethel Rosenberg.)

From a Leo Strauss political-science viewpoint, the Citizens’ Commission 1971 burglary of that sleepy FBI field office in Media, Pa., was a disastrous event, one that pried the lid off the delusions that held the American body politic together. J. Edgar Hoover, America’s diabolical secret policeman, certainly felt that way. Hamilton’s documentary may not be great cinema, but it makes unstintingly clear that the odious Hoover was more powerful than any 20th-century president (with the possible exception of Franklin D. Roosevelt), and that for decades he ran a rogue agency within the federal government whose primary mission was to stamp out anti-American dissent, entirely as defined by him. As Media burglars like Keith Forsyth and Bonnie Raines make clear, they loathed Hoover and everything he stood for – and managed to get under his skin like almost no one else.

I don’t know whether we should be happy or sad that the actual break-in was distressingly easy, and that nothing like it is remotely conceivable now. One of the group’s female members cased the joint, while posing as a Swarthmore coed eager to interview real live FBI agents. Forsyth, who had some mechanical skills, taught himself to pick locks. (Even in his mid-60s, he retains the vibe of a counterculture bon vivant: “It was a lot easier than learning to play guitar!”) They wore gloves, left no fingerprints and got away scot-free. Although seven of the eight wound up on the FBI’s list of suspects, that list included almost every antiwar activist in the Northeast, and the agency never got anywhere near enough evidence for a prosecution. There was a mysterious ninth conspirator – still unnamed, in this film or any other materials I have seen – who at one point felt pangs of patriotism and considered turning them in. In the end that person remained silent.

The files they took – remember, this all came from one low-intensity FBI field office in the genteel western suburbs of Philadelphia – revealed that the agency had agents and informants within the Black Panthers, the women’s movement and throughout the student antiwar left. Receptionists at Swarthmore, Temple, Penn and other Philly-area colleges had been paid to keep tabs on hippie-type pinko agitators; FBI agents had faked letter-writing campaigns from “concerned citizens” urging campus administrators to crack down on dissidents. One piece of paper taken from the Media office referred to an FBI program called COINTELPRO – which turned out to be an extensive universe of interlocking and frequently illegal secret campaigns against “subversive” elements of all stripes -- although no one knew what that word meant at the time.

Even after the successful Media burglary, the Straussian secret-keeping culture of America in 1971 nearly prevented the information in those files from reaching the public. The Citizens’ Commission mailed anonymous packages to the Washington bureaus of the New York Times and the Los Angeles Times – who immediately turned over the purloined material to the FBI and published nothing. Leading congressional liberals, including Sen. George McGovern and Rep. Parren Mitchell, D-Md., also wanted no part of these revelations, although Mitchell said on the House floor that he had read the files sent to his office and found them disturbing. Only Washington Post reporter Betty Medsger and her boss Ben Bradlee – in his blue-blood, Boston Brahmin fashion, one of the true American heroes of the 20th century – saw it differently. Yes, the material had clearly been obtained by illegal means, but what it revealed about the inner workings of America’s federal police force trumped any ethical qualms about its acquisition.

Hamilton’s “1971” will surely find distribution in some form, and it’s well worth seeing. (I’ll strive to keep you posted.) It’s both an inspiring David-and-Goliath fable of citizen activism that made a difference and a cautionary tale about the ability of the dark state or “permanent government” to repair itself, like some overgrown evil paramecium, and keep on keeping on. As Keith Forsyth observes, the Media break-in was a key moment in the history of the early ‘70s, pointing the way to the downfall of Richard Nixon, the demise of Hoover’s quasi-independent fiefdom and the extraordinary Church Committee hearings of 1976, a moment when Congress briefly seemed to take its oversight responsibilities seriously when it came to surveillance, intelligence and national security. But that was just a brief caesura in the gradual slide toward no-big-deal, toward “keep us safe,” toward the casual acceptance of the idea that we have no rights that the executive branch is not free to abrogate, as long as we convince ourselves the people at the top are kind of cool.