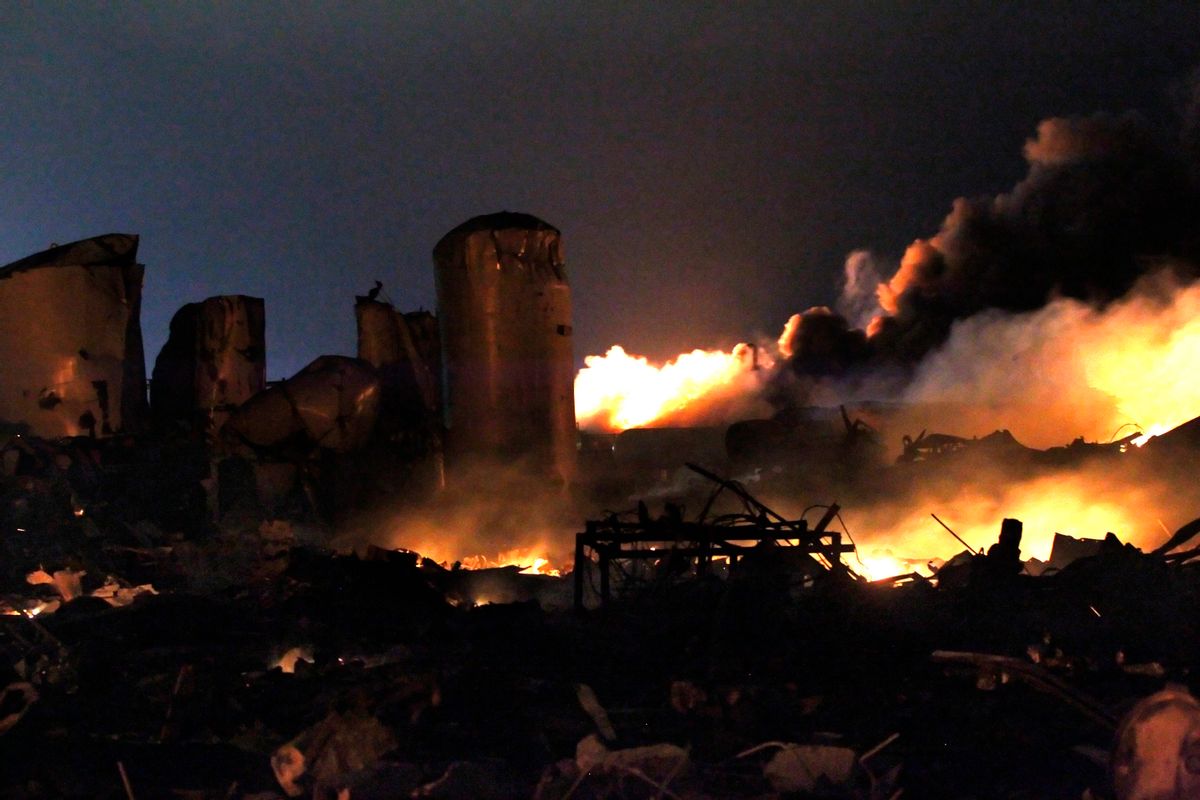 What caused a fertilizer plant in West, Texas, to set fire last year remains unclear, but investigators say that the ensuing explosion, along with the 15 lives it claimed, could have been prevented.

The U.S. Chemical Safety Board released its preliminary findings on the disaster Tuesday. Among its conclusions, the L.A. Times lists:

"(The fire and explosion) resulted from the failure of a company to take the necessary steps to avert a preventable fire and explosion and from the inability of federal, state and local regulatory agencies to identify a serious hazard and correct it," Rafael Moure-Eraso, the board's chairman, told Reuters.

Ammonium nitrate, the board also noted, remains stored in wooden containers at 1,351 plants throughout the country -- putting them at risk of similar incidents. “The Chemical Safety Board found at all levels of government a failure to adopt codes to keep populated areas away from hazardous facilities, not just in West, Texas,” said supervisory investigator Johnnie Banks  in a statement.

Along with the deaths, which included 12 volunteer firefighters, the explosion caused 200 injuries and an estimated $100 million in property damage.

The board, which provides recommendations to government and industry, itself has no power to issue fines or impose new regulations. Last year, the Occupational Health and Safety Administration fined the company that owns the plant $118,300 for violations.