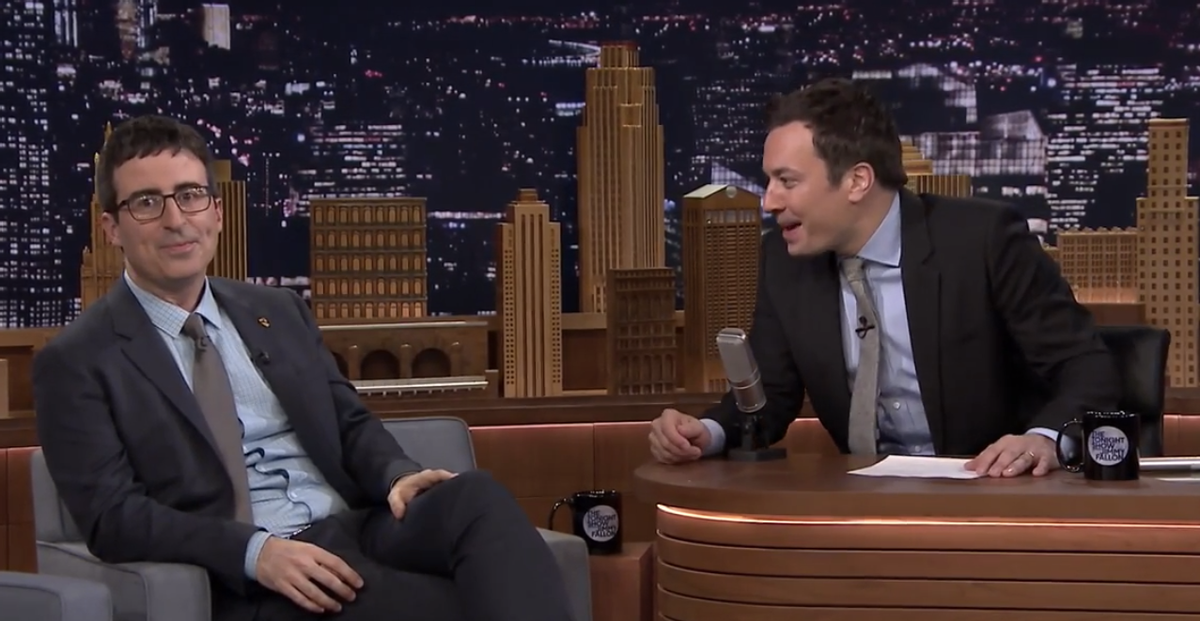 Oliver explained to Jimmy Fallon that he got so emotional on his last appearance with Jon Stewart, who is "one of his favorite people," because he had no idea that Stewart would air a nostalgic segment. While American audiences got sentimental too, it turns out that his friends back home in England weren't too impressed.

Looking forward to his new program on HBO, Oliver complained that not enough people are vandalizing the poster for his new show with speech bubbles and penises. Come on, New Yorkers, get on it!: