Researchers: Monsanto's GM soy comes with a dose of herbicides 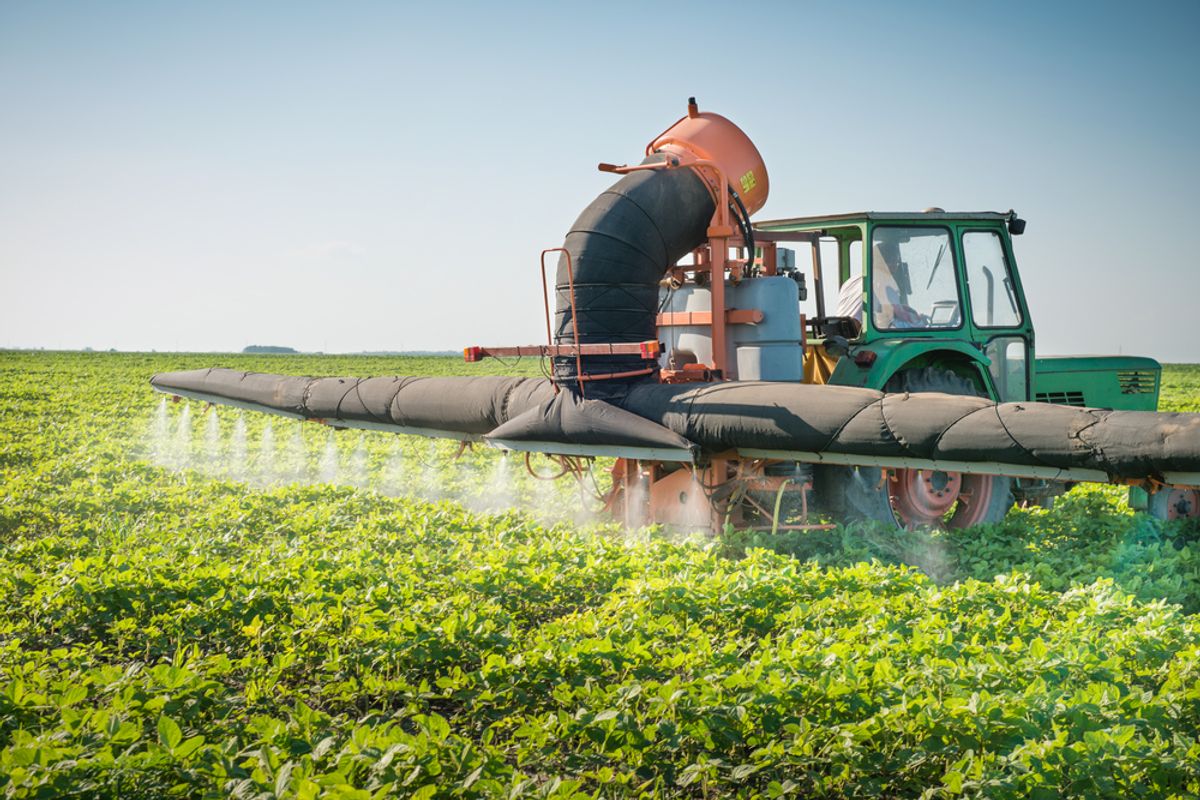 By now, you should be familiar with biotech giant Monsanto's foolproof business model: the company manufactures Roundup, an agricultural herbicide, as well as Roundup Ready seeds that have been genetically engineered to resist the poison. When farmers apply Roundup to their fields, the weeds are killed, the edible plants stay healthy. Simple.

Except just because the crops are Roundup-resistant, doesn't mean they're somehow repelling the herbicide. Aside from documented problems like seed contamination and weeds developing their own Roundup resistance, the chemical can also remain on our food -- and, as studies have suggested, end up causing a whole range of health problems.

When it comes to Monsanto's GM soy, a new study, published in the journal Food Chemistry, finds that's almost certainly the case. At Mother Jones, Tom Philpott has the rundown on the research, which found that samples of soybeans grown in Iowa from GM herbicide-tolerant seeds all contained residues of glyphosate -- the active ingredient in Roundup -- as well as AMPA, the compound glyphosate breaks down into as it decays. Non-GM soybeans -- regardless of whether they were farmed conventionally or organically -- contained neither.

Not a big soy consumer? That doesn't mean you're avoiding glyphosate -- most soybeans grown in the U.S. end up as feed for the animals that eventually become meat, or else are used in cooking oil. A minimal amount of soy is grown organically, and even conventionally grown, non-GM soy is hard to come by. According to the USDA, over 90 percent of U.S. soybeans are genetically modified to be resistant to herbicides.

The average residues on the soy tested by the researchers was significantly below the level considered safe by the USDA, but Philpott explains why we still should be concerned:

The GMO soy had total residues averaging 11.9 parts per million, with a maximum reading of 20.1 ppm; the average is well below the Environmental Protection Agency's limit of 20 ppm, a limit shared by the European Union. Yet as the authors note, back in 1999, Monsanto itself reported that the maximum recorded reading of glyphosate residue found on Roundup Ready soy was 5.6 ppm—a level it called "extreme" and "far higher than those typically found."

So, the researchers found residue levels well below the EPA's limit, but hovering above a level Monsanto itself has characterized as "extreme." What to make of it?

As the authors note, the science around the effects of glyphosate at relatively low levels is controversial. By setting the residue limit at 20 parts per million, US and European regulators are endorsing a no-harm view. But some independent research, including a 2012 study (my account here) by University of Pittsburgh scientist Rick Relyea, found that Roundup in water at 3 ppm induced morphological changes in frogs. And in a 2012 paper, German researchers subjected various bacterial strains typically found in the guts of poultry to glyphosate at levels of 5 ppm and lower and found that it tended to harm beneficial bacteria like Lactobacillus, while pathogens like Salmonella entritidi tended to be "highly resistant" to it. The results suggest that glyphosate can shift the balance of the gut microbiota—hardly comforting, given the surge in research finding that subtle changes to the bacteria in our bodies have a huge impact on our health.