And takes a selfie with David Letterman 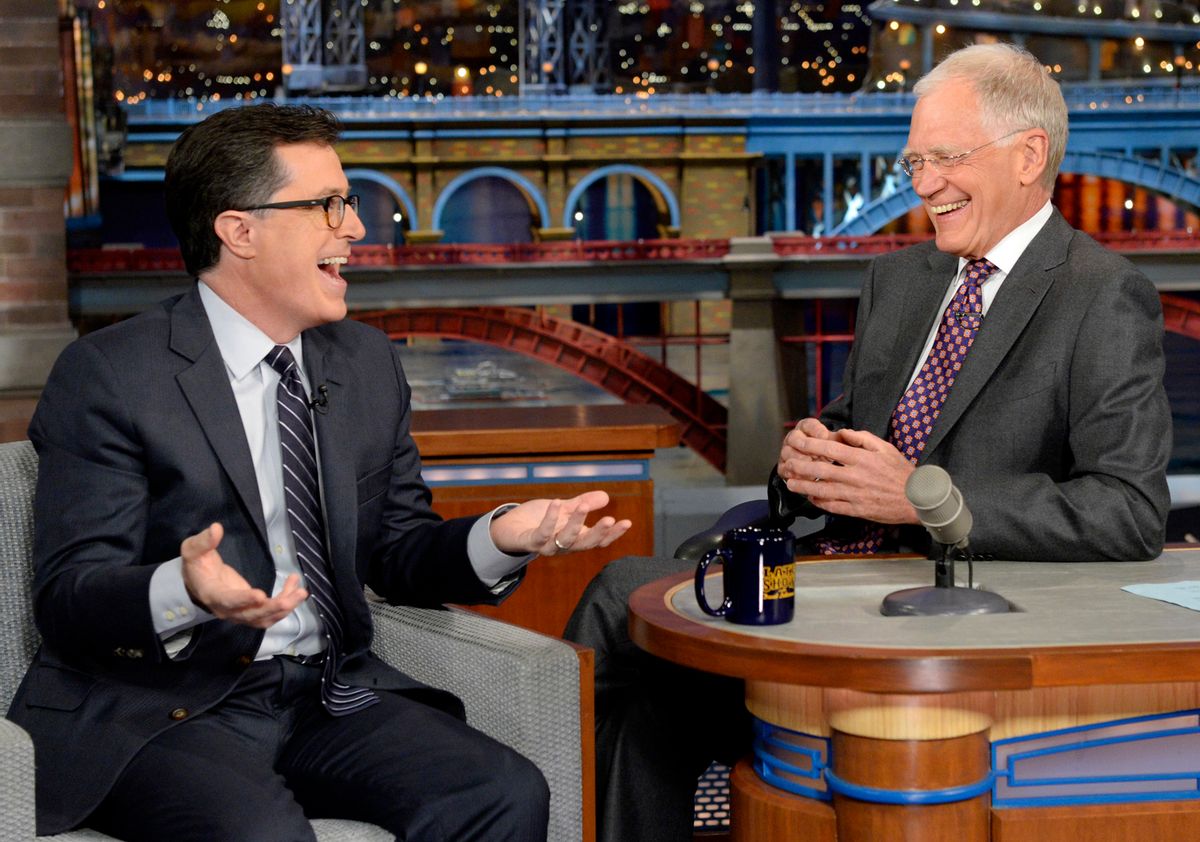 On Tuesday night, Stephen Colbert made his first visit to the "Late Show" since announcing he'd be taking over as host in 2015. It turns out that Colbert has had a few professional run-ins with David Letterman before: He applied to be an intern for Letterman's program in 1986, "didn't take the job," and in 1997, applied to be a writer, but didn't hear back for four months. He took another job in the meantime.

Delivering a very special Top 10 List (and perhaps the only time the future host will deliver one on "The Late Show"), Colbert read the list he submitted as part of his writing packet in 1997. Sent around the holiday season, Colbert's list was themed around cocktails for Santa. "People usually leave milk and cookies for Santa," said Colbert. "But he's an adult male, it's a stressful job, so he might want a cocktail."

For Colbert, donning glasses with thick black frames, the appearance was one of his rare public breaks from character, but offered a preview of what audiences can expect from the future "Late Show" host. The comedian revealed that his internship interview at "Late Night" created tension with his college girlfriend (needless to say, the relationship didn't last), and that he didn't take the gig because it was unpaid. "It's an expensive city!" said Colbert. "Dave, I gotta ask, the next job I'm taking here -- that pays, right?"

Of course, to commemorate the special occasion, the two took a selfie together: