The project, installed around New York City, records public conversations and then tweets them as @Conversnitch 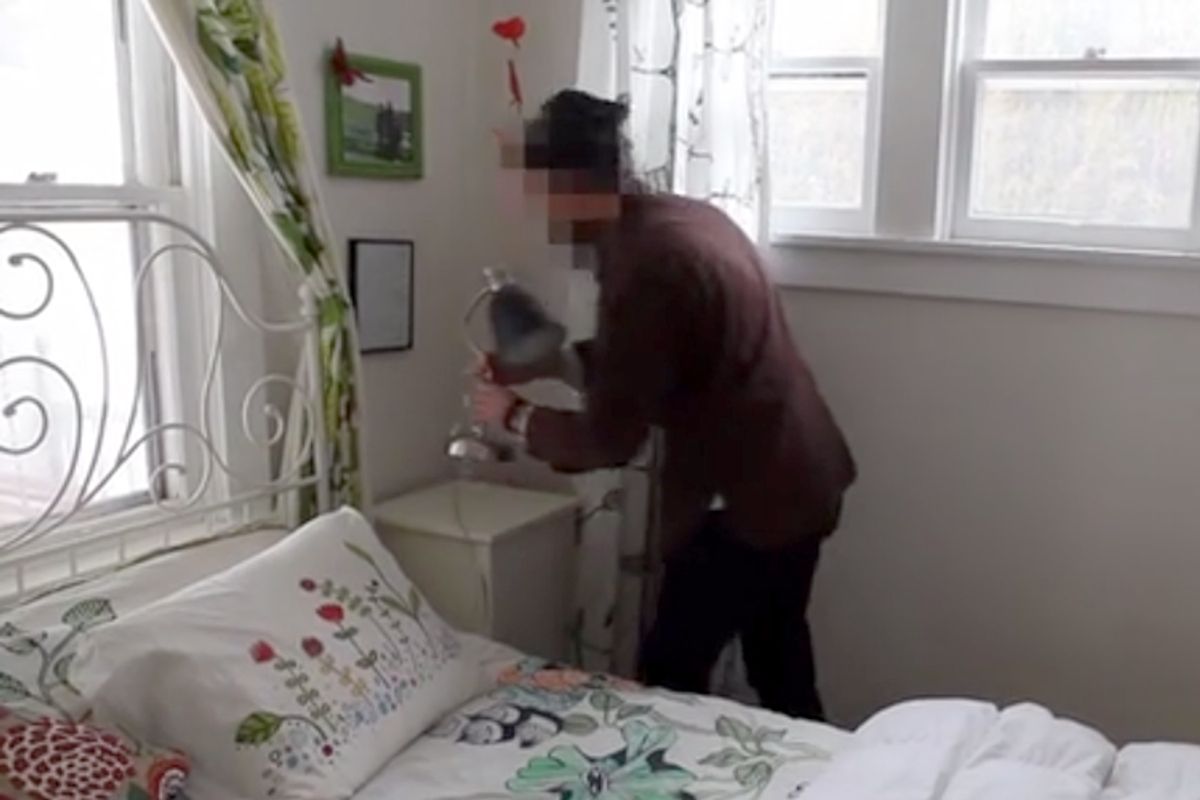 How many times have you done a double-take while in public conversation? Quickly checking that the roommate you're complaining about isn't walking behind you, or that your ex-boyfriend's best friend isn't at the next table.

Even in the "age of Snowden" and mass government surveillance, you probably weren't worried that the inanimate object to your left was recording your conversation. Maybe you should have been -- well, at least if you live in New York City.

Meet Kyle McDonald and Brian House: They're an artist duo who put Wi-Fi-enabled recording devices in lamps, and installed them in a McDonalds, a library, Washington Square Park and a private bedroom. For seven months the lamps picked up and recorded conversations, which were subsequently sent to Mechanical Turk workers, who transcribed the conversations and posted them to the twitter feed @Conversnitch. Wired broke the story this morning, and the two artists released a video, which can be viewed below:

Watching the video or scrolling through the Twitter feed leaves one feeling disturbingly exposed and violated -- especially in a city where small apartments mean much of some New Yorkers' lives are lived in the public sphere. This feeling of unease was the aim of the project, with the express goal of making the public think more about the NSA and mass surveillance.

"What does it mean to deploy one of these in a library, a public square, someone’s bedroom? What kind of power relationship does it set up?" House asked Wired. "And what does this stream of tweets mean if it’s not set up by an artist but by the US government?"

The artists have released instructions on how to build the lamps, though they admit that the legality of the project is dubious. “We recognize that this device can be used in an illegal way, and we will not admit to using it in that way,” McDonald said last October at an art exhibit. “It has potentially been deployed in various places.”

This is not the first time McDonald's art has come into question with the law. In 2011 he installed his own software on Apple Store computers and took snapshots of random customers, which were uploaded to a database. The project, called "People Staring at Computers," earned him a visit from the FBI and the confiscation of two laptops.

And though the project's place within the law is unclear, its intent is aimed squarely at the legality of the NSA's surveillance of phone records and mass sweep of emails. “You can’t make this stuff up anymore,” McDonald told Wired. “Here were Brian and I trying to make something kind of scary, something that makes you wonder if someone’s watching you all the time. And then Snowden says, ‘They are.’”

One tweet from @Conversnitch sums up the project quite well: