The U.S. is completely unprepared for the inevitable Arctic oil spill

If we don't get our act together, a new report warns, the next disaster will put Deepwater Horizon to shame 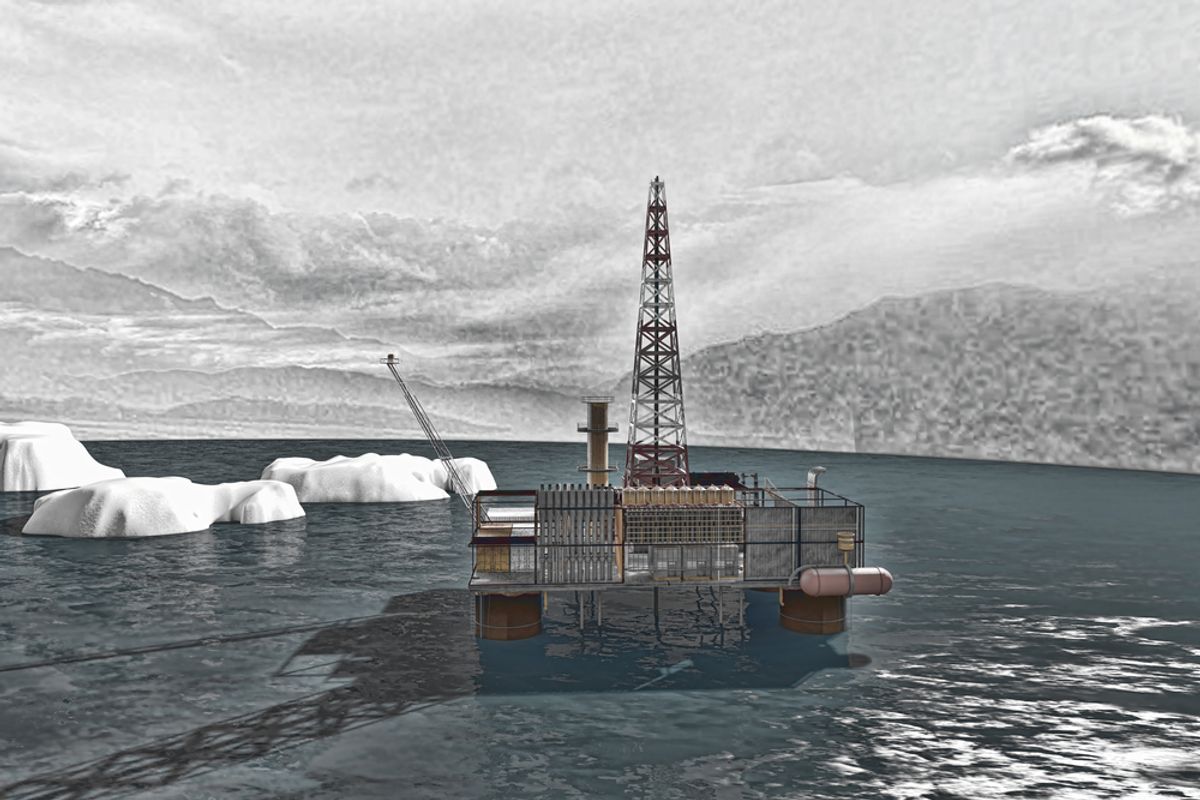 Let's face it: if we start drilling in the Arctic, or even just as ship traffic picks up in its melting waters, what happens everywhere else is more likely than not to happen there, too. That's right, there are going to be oil spills -- and according to a panel convened by the National Research Council (NRC), the U.S. is totally unprepared to deal with that inevitability.

In a 198-page report commissioned by the U.S. Coast Guard, the American Petroleum Institute and various other agencies, the NRC spells out the likely disastrous outcome of a large spill. “It is unlikely that responders could quickly react to an oil spill unless there were improved port and air access, stronger supply chains, and increased capacity to handle equipment, supplies, and personnel,” it reads. And yet “there is presently no funding mechanism to provide for development, deployment, and maintenance of temporary and permanent infrastructure.”

What the U.S. needs, the report continues, is “a comprehensive, collaborative, long-term Arctic oil spill research and development program” in order to properly prepare. Easier said than done, as Science reports:

Cleaning up oil in the Arctic is particularly tricky for a number of reasons, the committee notes. The extreme weather conditions are one problem. The lack of many kinds of data—high-resolution topography and bathymetry along the coasts; measurements of ice cover and thickness; distributions in space and time of the region’s fish, birds, and marine mammals—is another. And if an emergency happens, there’s no infrastructure in place—no consistent U.S. Coast Guard presence and no reliable supply chains to support a rapid response.

On top of that, there is little real-world information about how the Arctic’s own oil (rather than an amalgam from an oil pipeline, as is now tested) will behave in the Arctic’s heavily stratified water column, which could prevent deep spills from reaching the surface. Then there’s the lingering question of how effective chemical dispersants or oil-munching microbes are in the frigid Arctic environment. And virtually nothing is known about how oil and sea ice will interact. “Ice really changes everything,” Myers says. Some oil might make its way into the ice, only to later become liquid again when the ice melts; some might remain trapped beneath it, moving with the ice—or possibly not. “We have very few observations of the under-ice environment,” he says.

The barriers, as Chris Krenz, a Juneau-based senior scientist with the conservation group Oceana, points out, make disasters like Deepwater Horizon and Exxon Valdez look simple in comparison -- and we all know how well we were able to handle those...