"You can waste your time and resources on hyperbolic, unnecessary, ridiculous stunt coverage of real stories, too" 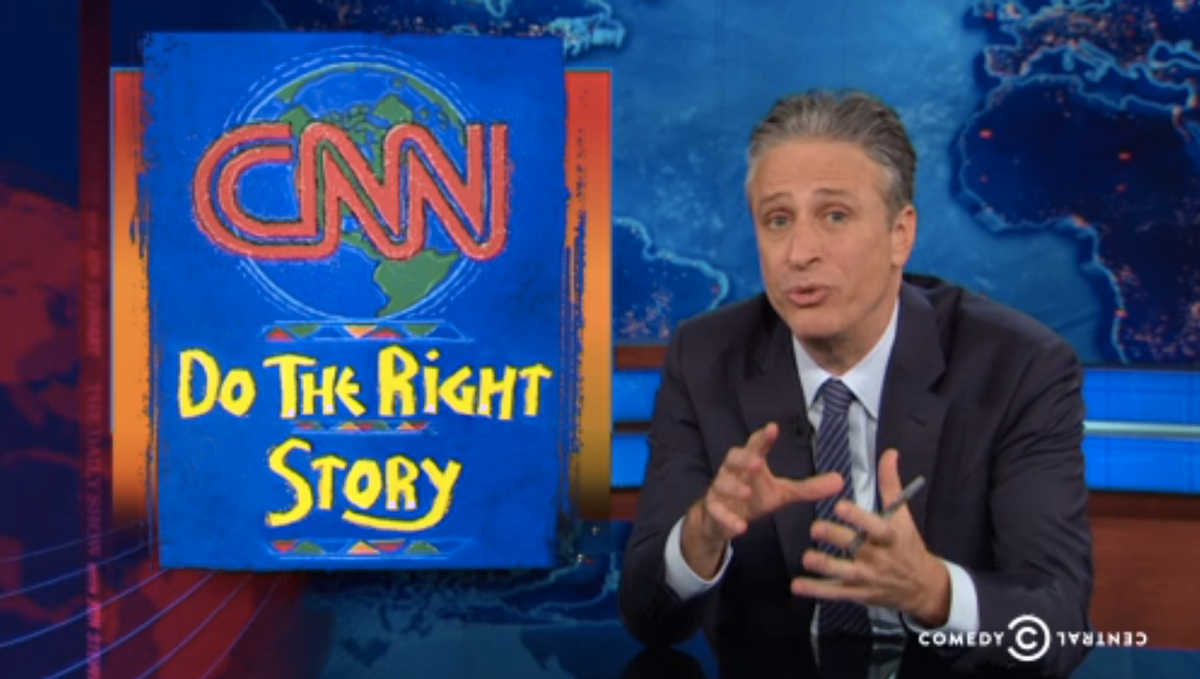 Jon Stewart went after CNN's over-the-top coverage of missing Flight MH370 again last night, this time calling out the network for not focusing any of its exuberance on stories that could actually use some attention.

The "Daily Show" host noted that CNN all but ignored the recent IPCC report on climate change.  As this Media Matters study pointed out, even Fox News devoted five minutes to the report (although, based on the way Fox covered it, ignoring it probably would've been better), while CNN only paid it two measly minutes of lip service.

"CNN, don't you think this is kind of actual, meaningful news?" Stewart asks, pointing out that it's exactly the kind of story that CNN, with its "unnecessary, overdramatic, hologram rooms, virtual reality rides and random street yelling" would excel at covering. To give just a few examples of how this could be done, Jason Jones sits in a holographic hot tub to demonstrate what it's going to be like "when we're all boiling in the world's rising oceans," and Jessica Williams and Samantha Bee take to the streets to panic about how hot it's getting.