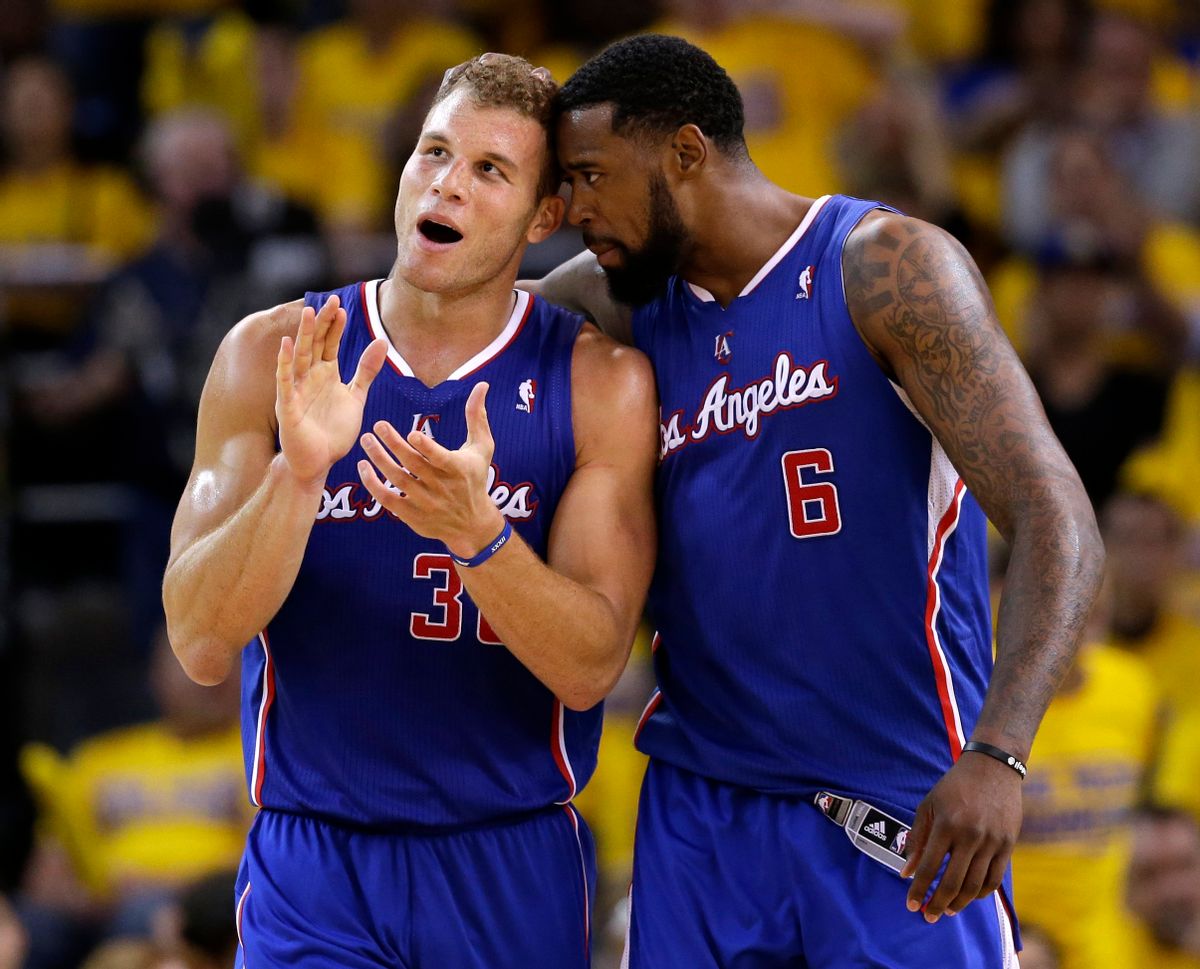 FILE - In this April 24, 2014 file photo, Los Angeles Clippers' Blake Griffin (32) celebrates with teammate DeAndre Jordan (6) after Griffin drew a fragrant foul during the second half in Game 3 of an opening-round NBA basketball playoff series against the Golden State Warriors in Oakland, Calif. Griffin and Jordan are finally performing in a place they haven't always flourished _ in the playoffs and in the most crucial moments. (AP Photo/Marcio Jose Sanchez, File) (AP)
--

SAN FRANCISCO (AP) — The NBA is investigating a report of an audio recording in which a man purported to be Los Angeles Clippers owner Donald Sterling makes racist remarks while speaking to his girlfriend.

NBA spokesman Mike Bass said in a statement Saturday that the league is in the process of authenticating the validity of the recording posted on TMZ's website. Bass called the comments "disturbing and offensive."

Messages seeking comment from the Clippers were not immediately returned.

The Clippers were practicing in San Francisco ahead of Game 4 of their first-round playoff series against the Golden State Warriors on Sunday. Los Angeles leads 2-1.

In the recording posted on TMZ, the man questions his girlfriend's association with minorities. TMZ reported the woman, V. Stiviano, is of black and Mexican descent. The AP couldn't immediately independently verify it was Sterling's voice on the recording.