There's a "ring of fire" in the sky! 5 things you should know about tomorrow's epic solar eclipse

Parts of the world will be able to see 2014's first solar eclipse tomorrow morning. But this is no ordinary eclipse 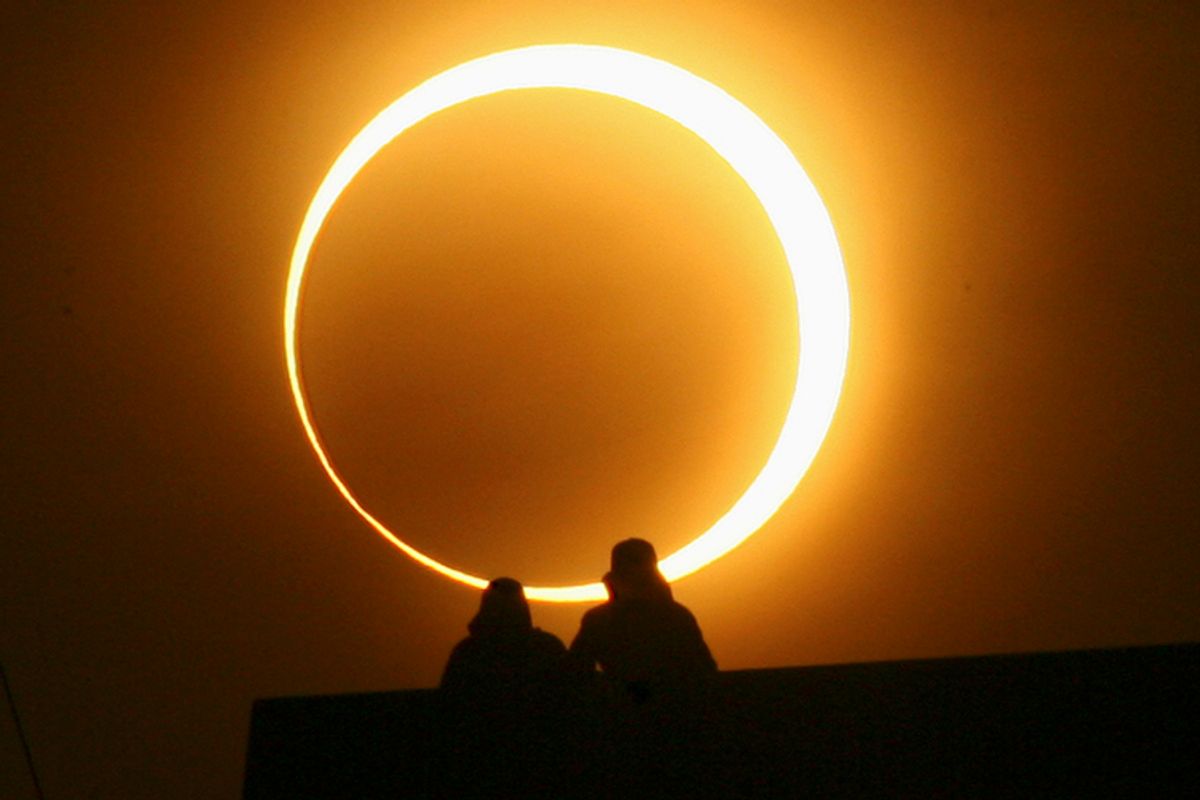 Earlier this month, stargazers all over the world witnessed a relatively uncommon astronomical phenomenon called the "blood moon," in which the sun's light was blocked by the Earth in an atypical way, causing the moon to appear a creepy shade of crimson. Tomorrow morning, portions of the Southern Hemisphere will be able to see something even weirder.

The first solar eclipse of 2014 is upon us, and this one will be a doozy. When people residing in Australia or (somewhat less likely) in Antarctica look up at the sky early Tuesday, what they'll see is a "ring of fire."

First a "blood moon" and now this. What gives?

Solar eclipses happen when the moon comes between the Earth and the sun, blocking the sun's light from reaching Earth. The celestial phenomenon can only happen during a new moon. According to Huffington Post, "When a lunar eclipse occurs," like the "blood moon" earlier this month, "it usually means there is also a solar eclipse at the preceding or following new moon."

And why is it called a "ring of fire," exactly?

This solar eclipse is known as an "annular" eclipse rather than a "total" eclipse, and it's that distinction that accounts for all the "ring of fire" talk.

You see, the moon's orbit, like that of planets around the sun, is not actually a perfect circle. It moves in an ellipse, meaning that certain parts of the moon's orbit are further from Earth than others. Annular eclipses occur when the moon's orbit is at or near its apogee -- the part of its orbit farthest away from the Earth -- making it appear smaller than normal to the eye. The result is the moon doesn't entirely block out the sun, but rather leaves an "annulus," or ring of sunlight, still visible.

Here's an example of what an annulus looks like:

Will I be able to view this eclipse?

Unless you are in Antarctica or in remote areas of the ocean, you won't be able to witness the full annular eclipse.

Anything I should keep in mind if I can see it in person?

It goes without saying, but if you're in the visibility area, do not look directly at the eclipse with an unaided eye — doing so can cause serious damage. Sunlight from eclipses has special strength, but people are more likely to stare at it for long periods of time to watch the eclipse take place.

Sunglasses will not protect you, either. Special filters are needed, or otherwise a pinhole camera. "The longer the projection distance from the pinhole to the viewing screen, the larger the sun will appear," explains Space.com. "Natural pinholes are often formed by gaps between tree leaves, covering the ground beneath with miniature eclipses. A small mirror on a window ledge can project a fine image on the ceiling or far wall, suitable for viewing by a whole room full of people."

Let's say I don't live in Antarctica. Is there still a way to see the "ring of fire" in action?

If you're not in the deep Southern Hemisphere, you can watch a livestream provided by the Slooh community telescope and the Virtual Telescope Project, embedded directly below for your convenience: