Behold V. Stiviano, an attractive woman who can transform a not-racist man into a completely and wildly racist one 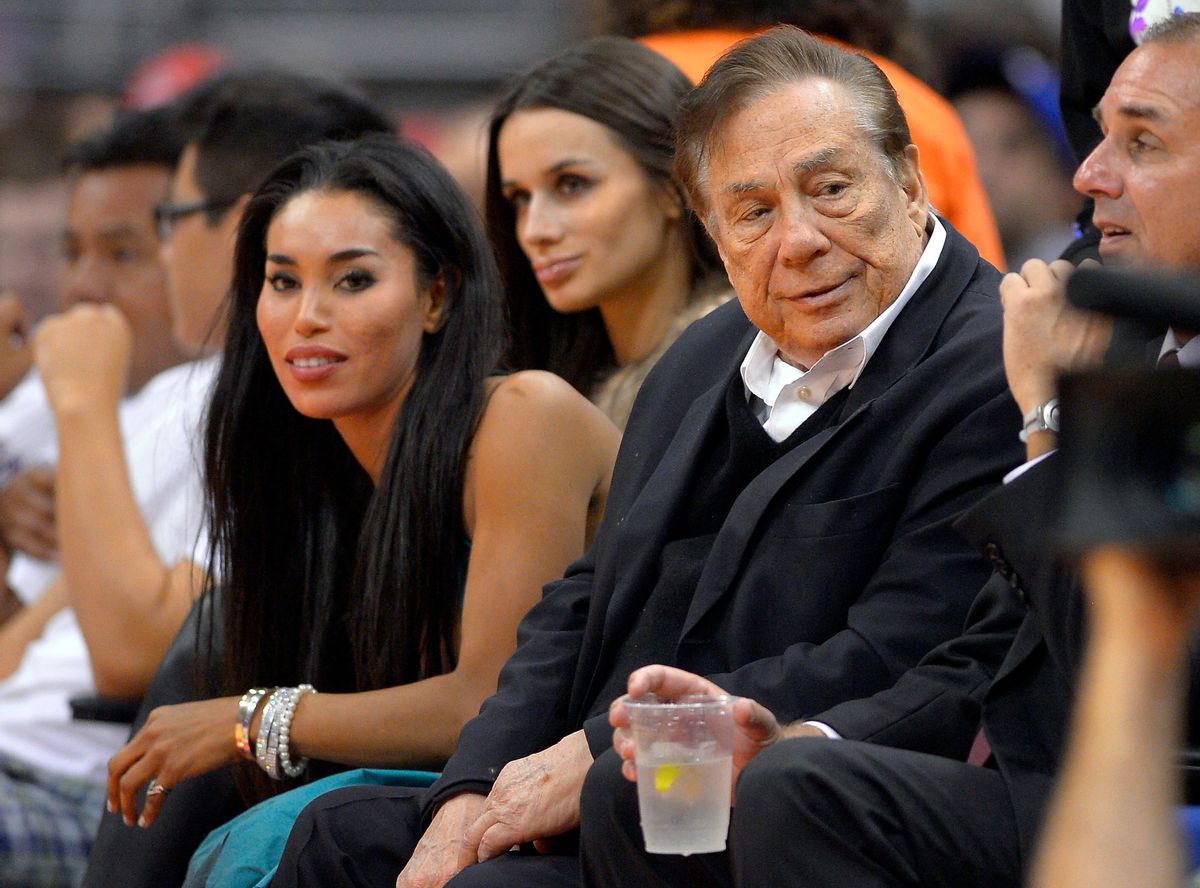 Oh, those pretty women. The things they’ll make a man do! With a little meaningful eye contact, a gentle caress or a glass of juice offered to her “honey,” an attractive woman can turn a good man bad. And, in the case of Los Angeles Clippers owner Donald Sterling, she can also transform a not-racist man into a completely and wildly racist one!

Sterling, a very rich real estate developer with a documented history of discriminating against black and Latino families in his rental properties, is currently in a lot of trouble because he was recorded saying racist and generally incoherent things about black people and other people of color. The audio was recorded by Sterling’s then-girlfriend V. Stiviano, who can be heard throughout asking questions that more or less amount to, “Can you tell me again why you don’t want me to post pictures of my black friends on Instagram?” And, “Remind me about your views on black people in Israel?” (Also: “Can I get you a little bit more juice?”)

And for this -- asking a racist man questions that he gives racist answers to -- Stiviano was labeled by Donald Trump as the “girlfriend from hell," conservative lawyer and Power Line blogger John Hinderaker called her a “gold-digging, disloyal mistress” (before declaring that racism didn't exist), and, perhaps most bizarrely, Kareem Abdul-Jabbar, in an otherwise strong piece condemning Sterling and our collective silence on his history of racism, slammed Stiviano as a “sexy nanny” who “blindfolded” Sterling and “spun him around until he was just blathering all sorts of incoherent racist sound bites.” (Abdul-Jabbar also suggested Stiviano should go to prison.)

But of course Stiviano did not make Sterling say these racist and horrible things. She does not have magical racism powers. How embarrassing for all of us that this even needs to be said.

Listen to the audio, and what you hear is a conversation covering some well-tread territory. Sterling references discussions they’ve had in the past about his racist and sexist demands of Stiviano, his other loathsome views about people of color and his utter disinterest in trying to not be such a terrible racist. In fact, the most quoted and replayed portions of the audio are Sterling chastising Stiviano for failing to comply with his request that she stop sharing photos of her black friends on Instagram. That wasn't a forced confession. His complaint that she didn't remove every photo of a black person from her Instagram account is some straight from the source racist garbage.

Blaming Stiviano for tricking Sterling into spouting off about his racist views is just boring misogyny. The "poor old Donald Sterling" framing is made more ridiculous when you listen to the parts of the recording where he threatens to get a new "girl" if Stiviano doesn't stop questioning him.

"If my girl can't do what I want, I don't want the girl," he told her. "I'll find a girl that will do what I want! Believe me. I thought you were that girl."

What a sweetheart this Sterling is. Shame he ended up with a "disloyal mistress" like Stiviano.

I personally have very little interest in what motivated Stiviano to make (and allegedly leak) these recordings. What I see here is a document of Sterling's awful and abusive patterns of behavior -- which are racist, sexist and shockingly infantile -- that Stiviano got down on tape and exposed to the world. Think what you will about her decision to date an avowed racist, but if she did leak the audio, then she's the reason we're finally talking about Sterling's racism and the structural racism that keeps shitheads like him in positions of great wealth and power. She's the reason this previously unaccountable billionaire may lose the Clippers, and why the men who play on that team may soon turn their warmups right side out, with the pathetically small comfort that, at the very least, they are no longer playing to line the pockets of an unrepentant bigot.