The "Loveline" cohost draws outrage for his comments on endometriosis 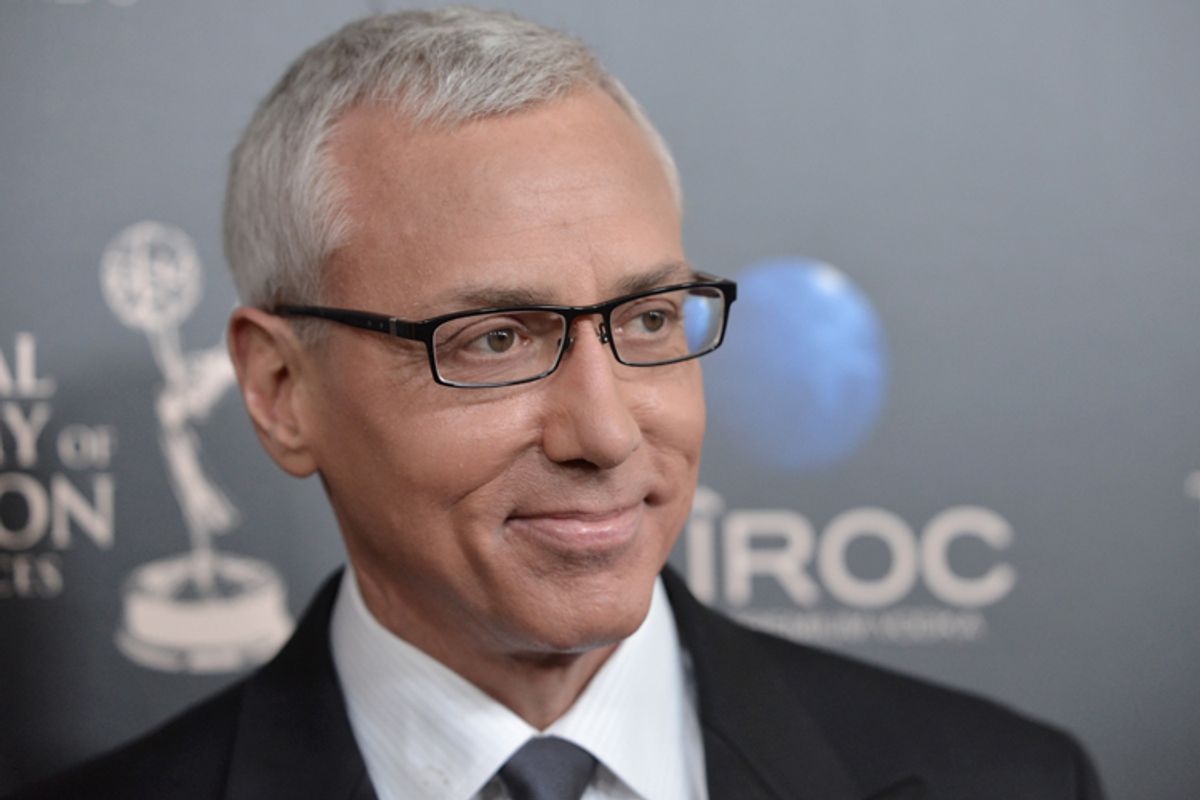 Dr. Drew Pinsky is a board certified internist and assistant clinical professor of psychiatry at USC, but most of us know him better as radio and cable television's most tireless ambulance chaser. Over the years, he's doled out a variety of less than sound and/or helpful ideas. But when he speculated recently to a "Loveline" caller about his fiancée's endometriosis, he definitively made the case against getting medical advice from flippant talk show hosts.

As Erin Gloria Ryan first noted on Jezebel, Pinsky was fielding a call from a man who was concerned about his girlfriend's "multitude of conditions," including endometriosis, interstitial cystitis, lactose intolerance and what he described as "no stomach lining." The good doctor quickly interjected before the listener could even pose his question, explaining, "These are what we call sort of functional disorders. Everything you mentioned, everything you mentioned, are things that actually aren't discernibly pathological. They're what we call 'garbage bag diagnoses,' when you can't think of anything else, you go, 'Eh, it's that.' So, it then makes me question why is she so somatically preoccupied that she's visiting doctors all the time with pains and urinary symptoms and pelvic symptoms, and then that makes me wonder, was she sexually abused growing up?"

Though the caller did acknowledge that his fiancée had in fact survived abuse, let's take a step back here and observe that he never said the woman was "preoccupied" and "visiting doctors all the time" – on the contrary, he said she almost always "refuses" to go to doctors, even when she's "in so much pain." But Dr. Drew had a handy explanation, stating, "Trust me, she saw lots of doctors before you." He then went on to explain why her early abuse was causing her problems now. "When people have unexplained pain, pelvic pain, it's called somatoform dissociation," he said, "and the only way her body, which was suffering during those early experiences, can tell its tale of woe is with pain. And she really needs to see a trauma specialist, not a urologist. Know what I'm saying?" This was immediately segued with Pinksy's colleague joking that an additional way someone could have unexplained pelvic pain was by having sex with the show's guest, Alan Thicke. Charming.

It didn't take long, fortunately, for other listeners to speak up and set the record straight. As one of Loveline's commenters wrote, "Endo stole my fertility and caused me to have a total LAVH at the age of 35 because it destroyed my uterus and ovaries from scaring and adhesions. I guess I somaticized that. No abuse. No sexual trauma. Your ignorance of the matter is sad." Another asked, "These are not 'garbage bag' diagnoses. How can you call it that when the patient has actual positive diagnostic tests? Did my urologist etch-a-sketch the ulcers in my bladder? Did my gynecologist doodle in my over growing uterine lining? Did he just fudge all of my lab values, hirsutism, anamenorrhea, and infertility? I feel completely offended and angry that you mislabeled these diagnoses due to your own ignorance and inability to keep up with continued education." On a subsequent show, Pinsky clarified his position to explain he wasn't making assumptions about all endometriosis/IC patients -- merely expressing his concern for the listener's fiancée, because he believed it sounded like she was still struggling for a correct treatment.

But this isn't Pinsky's first teachable moment, especially regarding women. In 2010 he declared, "If [Lindsay Lohan] were my daughter, I would pack her car full with illegal substances, send her on her way, call the police, and make sure she was arrested. I would make sure she was not allowed to get out of jail," and faced serious questions about the ethics – and high failure rate – of his "Celebrity Rehab." In 2012, he summed up the Rihanna and Chris Brown relationship, one in which one party was sentenced for assault, by magnanimously saying, "I don’t fault either person."

Because I am not a doctor nor have I ever hosted a show with Adam Carolla, I know I'm not qualified to speculate on the medical condition of the woman in the most recent question – or even the problem her fiancé never got a chance to pose. And I would certainly agree with Dr. Drew that anyone who has endured sexual abuse deserves all the psychological resources in overcoming the trauma of it that he or she needs. But I also do know that endometriosis and interstitial cystitis are real medical conditions with real tests and treatments that affect many women, not just the ones who were molested and are not processing their experiences in a way that meets the approval of "Loveline." I also know that if you've ever had a very painful medical problem, especially a pelvic disorder, it's not as hilarious as an Alan Thicke joke might make it seem.

Yet for centuries women have been routinely denigrated for their delicate lady problems, often by men who have zero understanding of, or for that matter, respect for, their experiences. They've endured ridiculously insulting gynecological terminology around their "incompetent" or "insufficient" cervixes and their "garbage bag" diagnoses. They're demeaned and belittled and joked about as if their pain is all in their heads or has something to do with some guy being just too much man for them. It's gross. Frankly, I would no sooner call up Dr. Drew for a medical question than I would call Donald Trump for hairstyling advice, but he is a man with a platform who is using it, yet again, to spout authoritatively about things he's clearly out of his depth on. And the term for that is garbage.

EDIT: Dr. Drew was originally quoted as calling the caller's fiance's condition "garbage bag disorder." It has been corrected to "garbage bag diagnoses."