Jon Stewart blasts the Clippers owner, Cliven Bundy and the KKK for their blatant racism 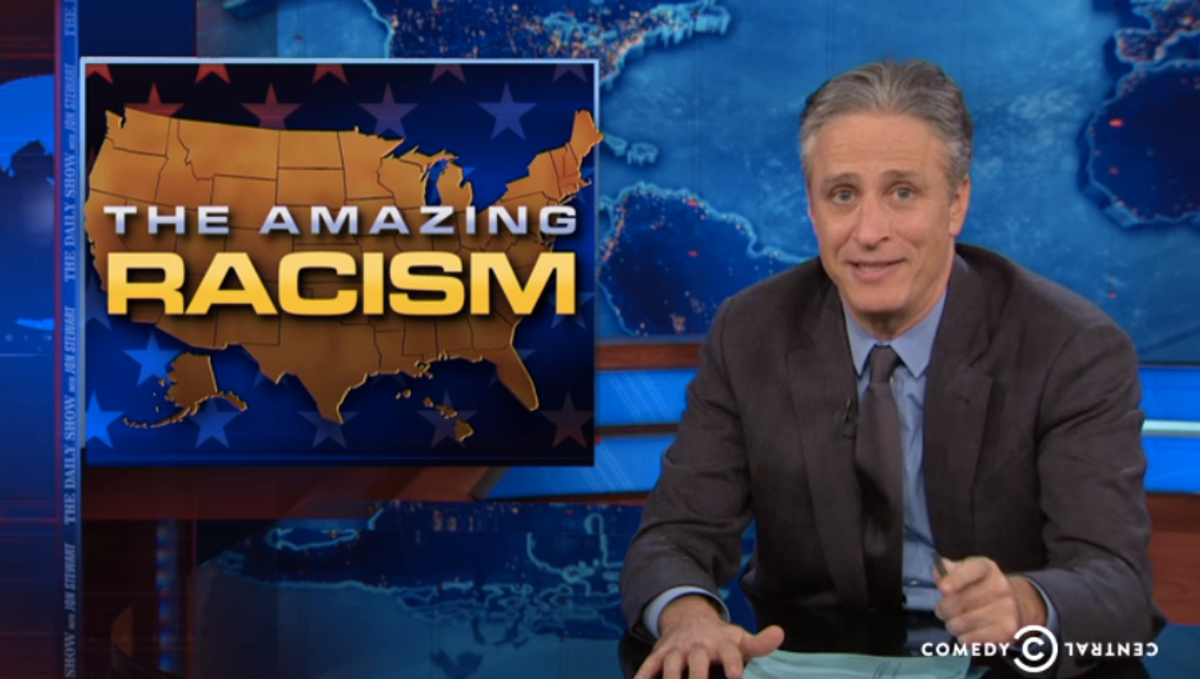 Jon Stewart explored America's "rich tapestry" of racism on Monday night's "Daily Show"; though it extends centuries, he only had to go back about seven days to find a host of examples of blatant racism, including Cliven Bundy, Donald Sterling and the KKK -- all of whom continue to be racist while denouncing racism.

"The overwhelming condemnation makes it clear we have made enormous progress in teaching everyone that racism is bad," Stewart observed. "Where we seem to have dropped the ball, is in teaching people what racism actually is ... which allows people to say incredibly racist things while insisting they would never."

The icing on the cake? The U.S. Supreme Court is so over racism that it doesn't think public universities need affirmative action anymore. America!