Profiles of those killed by Arkansas tornado 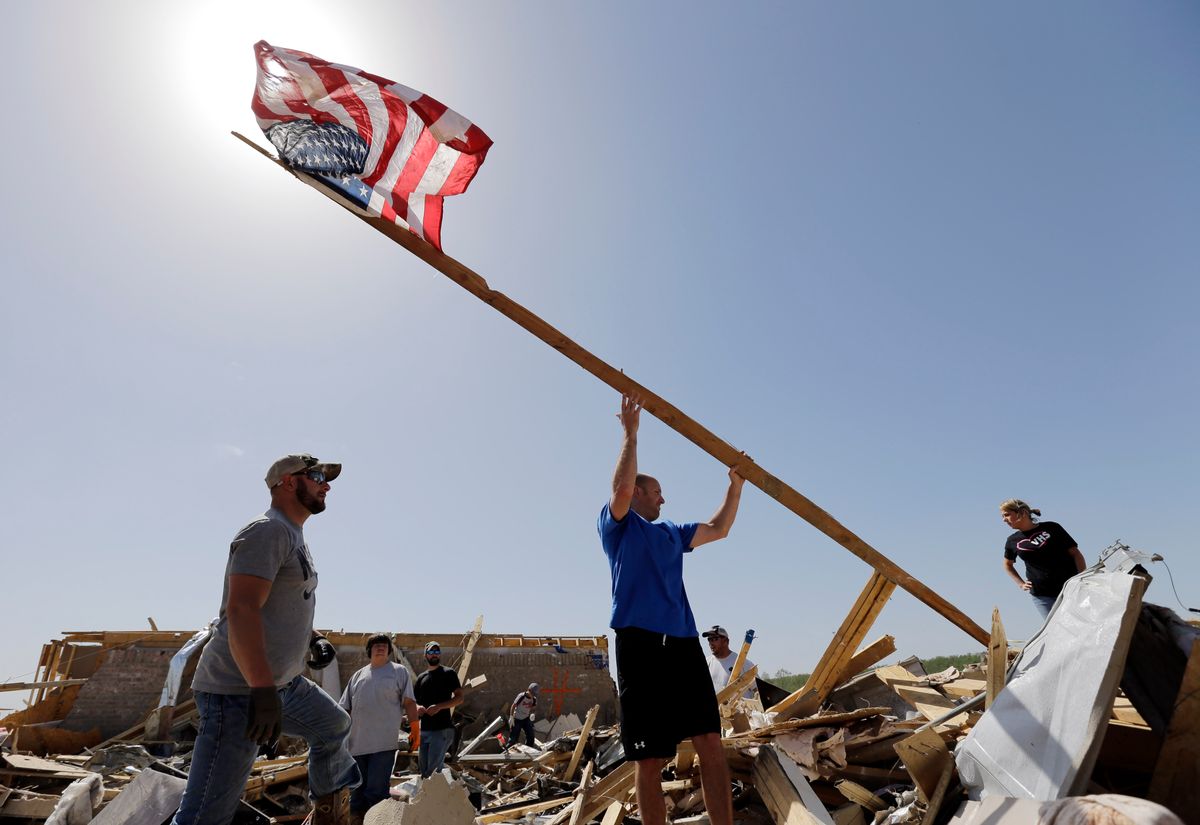 FERNDALE, Ark. (AP) — A fierce tornado that swept through Arkansas killed more than a dozen people, including two sisters and their father, part of a large family that had gathered for a "normal" evening before the storm drove them to seek shelter under a staircase.

"You could just see the wind was just crazy," Emily Tittle, 17, said Monday as she searched for keepsakes to save in the ruins of her family's rural home in the rolling hills west of Little Rock. In a pile, she and others helped her gather family photos in a plastic, pink tray.

Tittle said she, her eight siblings and her parents scurried for safety under the stairs in the two-story house, but only half of them made it before the walls were obliterated by the twister that left just the foundation behind. Her father, Rob Tittle, and two sisters, Tori, 20, and Rebekah, 14, were killed. All six of her other siblings were taken to hospitals, three of whom have since been released.

She said she planned to meet up with her mother who is still alive later in the day, but said she hadn't heard from her since the night before.

One of her neighbors, Jon Zieske, found a tooth when he was collecting photos. Shelly Linn, for years a mail carrier in the area, was pitching in, hoping to help. Turning to Tittle amid Monday's scavenge, Linn sought guidance.

"Baby girl, what do you want me to do?" Linn asked the teenager, whose gray sweatpants, short-sleeved Snoopy T-shirt and sneakers were among her now-few possessions.

"I don't know if we can find anything," she said.

Daniel Wassom was huddled in a hallway of a Vilonia home during the storm with his wife, Suzanne, and daughters Lorelei, 5, and Sydney, 7, neighbors and a relative said. Suzanne Wassom even posted on Facebook about it. At the height of the tornado, a large piece of lumber crashed toward the family. Dan Wassom, 31, who served in the Air Force, shielded Lorelei, taking the brunt of the blow to his neck, said Carol Arnett, Dan Wassom's grandmother.

The home was leveled. Arnett had driven to Vilonia on Monday from her home in Wagner, Okla., to help find mementos in the debris field that used to be the family home. Neighbors Nicholas and Brittany White helped, finding Suzanne Wassom's pocket purse and other treasured items.

"He'd do anything for anybody," Nicholas White said of Dan Wassom.

Daniel and April Smith, both working as recruiters of truck drivers, moved to Vilonia last fall, focusing on the shiny new intermediate school that their two boys could one day attend. On Sunday, their sons, third-grader Cameron Smith and first-grader Tyler Smith, were killed when the tornado destroyed the family's home.

"It's a beautiful place to live," Eric Hancock, a longtime family friend who often baby-sat the boys, said Monday of Vilonia, some 25 miles from the Smiths' previous home in Sherwood, Ark. "They found a great house at a reasonable price, and they were looking for schools and things. They had just built that new one. It just seemed right."

Tyler was 7. Hancock, who was with the boys' parents, said Cameron was 9, though the Faulkner County coroner listed the boy's age as 8.

Cameron also enjoyed hunting, getting his first crack at it last October during deer season, Hancock said. Cameron fired at two different deer but missed, his nerves getting the best of him.

Tyler, Hancock said, "was a pistol, with more energy than any 16 people I know."

"He was just a light in the world," he said.