Peter Mayhew is back as Chewbacca, too 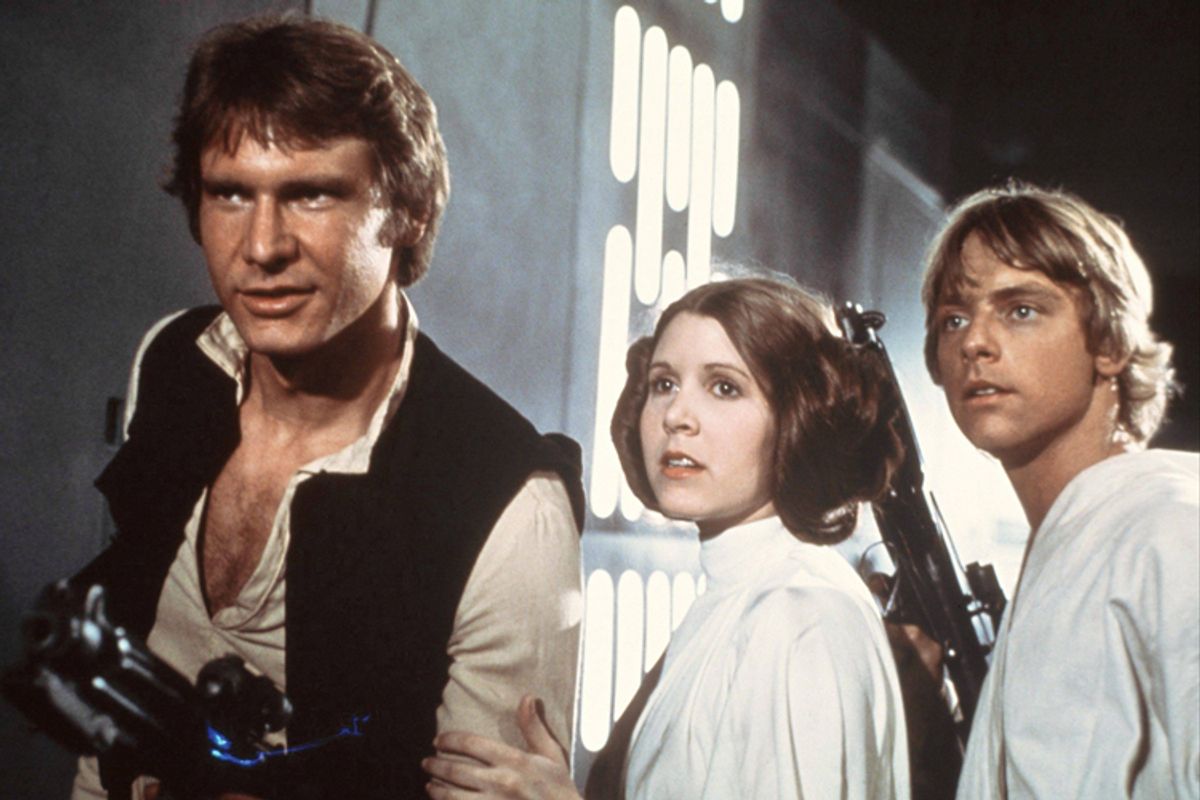 After letting fans speculate for months, Disney and Lucasfilms have announced the cast of "Star Wars: Episode VII" on the official "Star Wars" website. As rumored, several of the franchise's original stars will return to tell the "Star Wars" tale that picks up 30 years after "Return of the Jedi" ended. Harrison Ford, who reportedly has a "gigantic role," will return as Han Solo alongside Carrie Fisher (Princess Leia), Mark Hamill (Luke Skywalker), Anthony Daniels (C-3PO), Peter Mayhew (Chewbacca) and Kenny Baker (R2-D2).

Daisy Ridley, Andy Serkis, Domhnall Gleeson, and Max von Sydow will also join the cast, and the appointments of Oscar Isaac and John Boyega have also been confirmed. In February, the Hollywood Reporter confirmed that Adam Driver was on board to play a villain.

Filming for the J.J. Abrams-directed "Star Wars" is already underway, and will be released in theaters Dec. 18, 2015.