This is what the government's crackdown on rail safety looks like 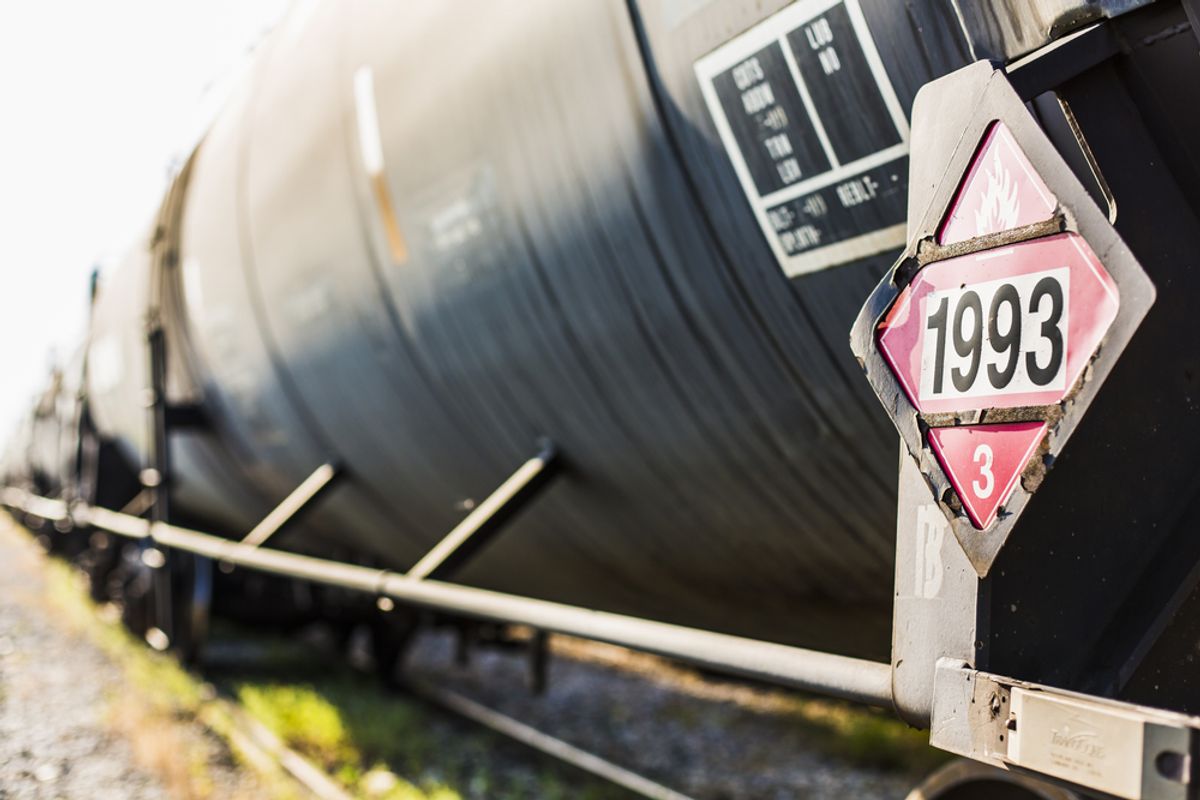 As a string of disastrous, and in some cases, fatal, accidents plague the oil-by-rain industry, In These Times magazine has published a damning report that calls the federal government's lackluster efforts to improve rail safety further into question.

Reporter Cole Stangler got hold of a string of emails that strongly implicate Kepton Wills, a chief federal inspector in charge of monitoring rail safety, of giving a North Dakota oil company advance notice before showing up for a "surprise inspection." He reports:

“We will accommodate your request to inspect trucks at the Tioga Rail Terminal,” Jody Schroeder, the rail terminal supervisor, wrote in an email to Wills dated October 3, 2013—five days before the inspection took place. “At your convenience please let me know your schedule for this event.”

Schroeder later confirmed that Wills reached out to him about the visit.

Earlier this month, PHMSA spokesperson Gordon Delcambre told In These Times that such inspections are impromptu. “They’re unannounced,” he said. “[Inspectors] figure out who they’re going to visit ahead of time, make plans, go to the area and then start knocking on doors.”

Indeed, this is normal procedure. The agency’s handbook notes “the policy of the PHMSA [Pipeline and Hazardous Materials Safety Agency]hazardous materials enforcement program is to conduct unannounced inspections.” Exceptions can include cases of “apparent imminent danger to enable the company to correct the danger,” instances where special preparations, records and equipment are necessary, and cases where “giving advance notice would enhance the probability of an effective and thorough inspection.”

Delcambre said he would follow up with PHMSA’s Central Region director Wills to confirm the crude-by-rail inspections were unannounced. “Our field hazmat inspector procedures have not changed with our Bakken region effort,” Delcambre wrote later that day in an email. “PHMSA inspectors still do ‘unannounced’ visits to hazmat shippers and offerors and have been taking crude oil samples as needed at the facilities they call on.”

But when asked to respond for this story, Delcambre qualified that answer.

“Because we were conducting inspections on Hess Property of other entities (highway carriers) and in order to do that safely, in some cases such as this one, prior open coordination for facility orientation and confirmation of appropriate personal protective equipment was needed,” he wrote in an email.

Despite the five days' warning, the inspection still managed to turn up a number of “probable violations,” resulting in hefty fines for the companies involved. Still, “it's clear that announcing the inspections gave the oil company the opportunity to reduce their fines,” Martin MacKerel, an environmental activist with the Bay Area-based Sunflower Alliance, said. “These kinds of inspections need to be unannounced to have any real value.”

While the emails could indicate a disconnect between federal priorities and those of local regulators, Stangler writes, they nonetheless "cast serious doubts on the integrity of the federal government’s supposed crackdown on the industry’s shoddy shipping practices." Particularly in the face of this afternoon's oil train derailment in Virginia, the scandal is yet another indicator of the desperate need for an overhaul of rail safety measures.