Oklahoma pol presided over botched execution -- revealing gruesome lack of humanity. Here's what should happen next 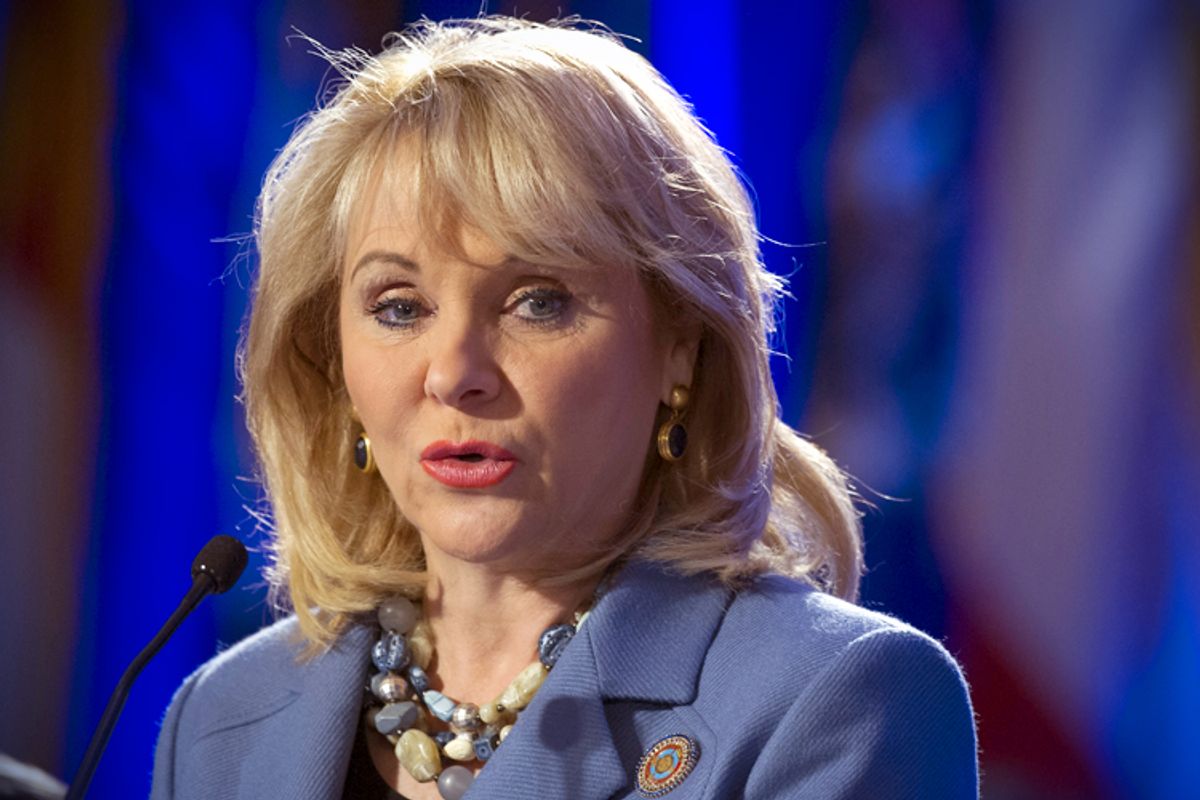 Last in the national news for signing a bill that prevented Oklahoma cities from raising the minimum wage, Gov. Mary Fallin now has to answer for the torture-execution of Clayton D. Lockett, whose so-called lethal injection merely induced enough prolonged pain and trauma to trigger a fatal heart attack. I can barely stand to read about it; Fallin should be forced to account for every gruesome detail.

Fallin is not the only guilty party here. The death penalty is legal in 32 states, but they have a problem: As the march of human progress makes it clear that one after another form of execution is barbaric, we search for a new method, and yet they all seem to fail us. We moved from hangings, beheadings and firing squads to the cleaner and scientific solutions of the electric chair and the gas chamber. (Along the way, 140 nations, including all of our European allies, gave up and abolished the death penalty altogether.)

When we found those new solutions wanting – prisoners are too often tortured to death by electricity or gas, too – we turned to “lethal injection”: quiet, out of view, the long sleep. Then problems arose with lethal injection too: It didn’t always work reliably or painlessly, either, plus drug manufacturers became squeamish about letting it be known that their products were being served in a final cocktail.

How did drug manufacturers, known for their avarice, develop more of a conscience than politicians like Mary Fallin?  It’s fair to say they have different bottom lines, and Fallin’s is served by executing her state’s criminals.

States like Oklahoma have tried to protect drug companies by passing laws prohibiting the disclosure of what’s in their lethal injections. But attorneys have argued that state secrecy about what’s in those lethal injections violates the ban on “cruel and unusual punishment,” and some courts have agreed, including a court in Oklahoma that blocked Lockett’s execution. When the state Supreme Court backed the lower court, Fallin said she would defy it, insisting the court only had authority over civil, not criminal matters. Then the court shamefully reversed itself, after a state legislator promised to impeach the justices for staying the executions. Fallin forged ahead with the killing of Lockett and Charles Warner.

I should note here that no one knows whether the mystery chemicals Fallin served Lockett was truly lethal; the execution was botched when the line delivering the drugs came detached. Warner’s execution has been delayed while the state investigates what happened. Presumably, Fallin will promise the state will do a better job next time, and move on to Warner.

It’s true that the crimes of which Warner and Lockett were convicted are horrible – the rape and murder of an infant, and the gruesome murder of a young woman, respectively. But the news broke the day after we learned that one in 25 people on death row are likely innocent. We have also long known that the death penalty is disproportionately given to African-Americans – both men are black, as are 40 percent of Oklahoma’s death row prisoners, compared with only 4 percent of the state.

You'd think that a modern society endlessly searching for a "humane" way to kill people, and finding that all of its methods turn out to be some form of torture, would do one of two things: realize there's no humane way to kill people, and stop it, or accept that the point is cruelty, and just torture the hell out of them. Mary Fallin and her Oklahoma allies appear to have decided the latter. They should be honest about it.