Must-see morning clip: The NRA is equipping the culture wars with guns

The organization seems to want to solve everything with guns, Jon Stewart observes 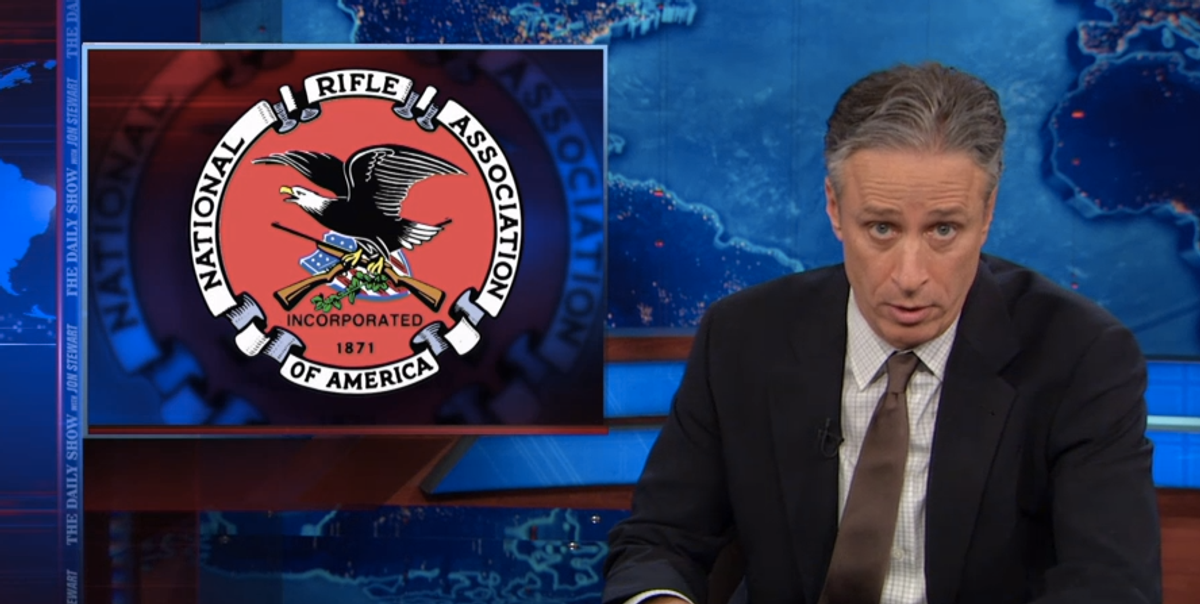 After celebrating the breaking news that Donald Sterling has been banned from the NBA for life, Stewart picked on the speakers at Saturday's NRA convention -- where there was seemingly no consequence for speech, even when Sarah Palin compared waterboarding to baptism.

There also seems to be a lack of focus on gun-related conversations at the convention, Stewart noted. Many other speakers at the convention talked about pretty much whatever, including topics that should in no way include rifles.

"At some point, the perfectly acceptable support for sane gun ownership got mixed up in the whole national culture war mess," Stewart said, criticizing what the NRA has become. "Why would you be talking about those kind of issues at a gun convention, unless you somehow think guns are the solution to these cultural disagreements?"

"The NRA convention is the like fortune cookie game, 'in bed,'" Stewart concluded. "Except here, the answer is always, 'you need a gun.'"