"We talk about climate change all the time," the show's hosts insisted 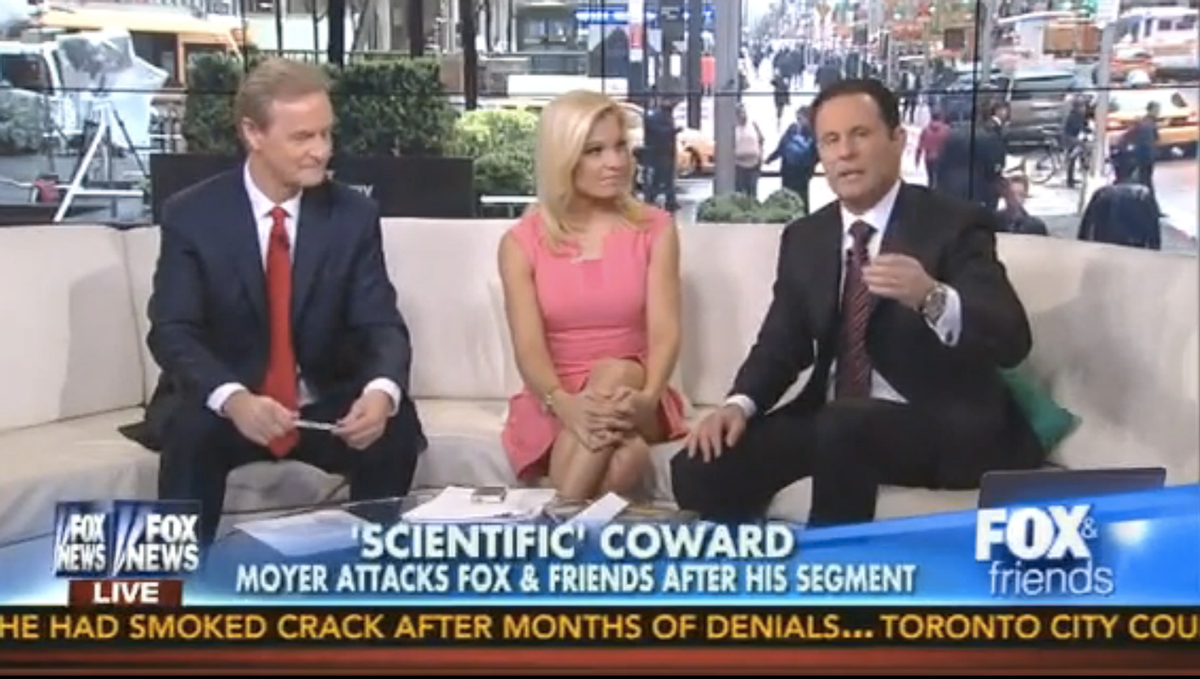 The hosts of "Fox & Friends" were really, truly hurt to discover that their new friend, Scientific American editor Michael Moyer, left his segment Wednesday morning only to tweet about his disgust over the program's "anti-Obama agitprop" -- as well as their refusal to let him talk about climate change.

Their super-mature way of reacting to the betrayal was to mercilessly attack Moyer over the course of a four-minute segment (about 20 percent longer, Raw Story points out, than the original interview) called "Scientific Coward." It started with them playing Cyndi Lauper's "True Colors" over Moyer's picture, after which they proceeded to launch an aggressive defense of co-host Brian Kilmeade’s comment that there might be football on other planets, as well as of their makeup artist's theory that the missing Malaysian airlines flight is "on a military base somewhere."

They spent far less time, predictably, defending themselves from Moyer's most pertinent accusation: that a producer told him he couldn't talk about climate change as an important "future trend" to pay attention to.

“We talk about climate change all the time,” Steve Doocy insisted, an assertion backed up by Anne Kooiman, who added, "Of course we care about all of it -- including climate change." In 2013, according to a report from the Union of Concerned Scientists, the entire Fox network only covered climate science 50 times. That coverage was accurate just 28 percent of the time.

Moyer, for his part, told Talking Points Memo yesterday that he doesn't plan to ever appear on Fox again.

The clip, courtesy of Raw Story: