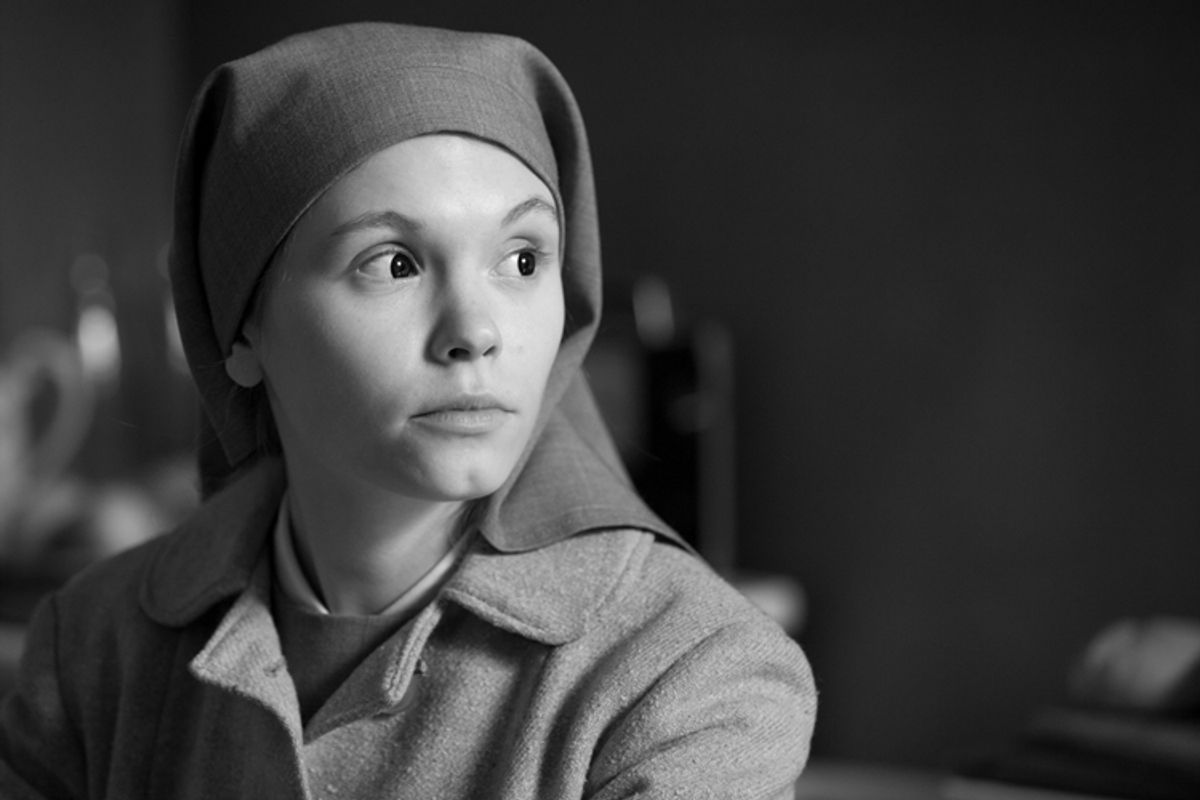 Yes, I’m recommending a black-and-white film about a nun and a judge in Communist-era Poland. It’s a compact, moving and sometimes chilling emotional odyssey that explores the death of an old era in Europe and the beginning of a new one, but resists any temptation to become an ideological tract. It’s called “Ida” and it was made by the Polish-born British filmmaker Pawel Pawlikowski, who had an art-house hit some years ago with the strange and remarkable female coming-of-age film “My Summer of Love,” and it’s one of the best movies of 2014 so far. I know it’s a very tough sell. I do not delude myself that Americans will rush out to see something so conspicuously contrary by the millions, or even by the hundreds. But now you’ve heard about it, and honestly it’s not anywhere near as forbidding as it sounds.

What makes “Ida” remarkable is how much Pawlikowski is able to accomplish in just 80 minutes, with a pair of mismatched female characters, a handful of wintry and desolate locations, the square-format cinematography of Ryszard Lenczewski and Lukasz Zal, and a soundtrack that combines modernism, Soviet-bloc pop music and a haunting performance of John Coltrane’s “Naima” that seems to capture all the emotional possibilities the characters cannot express. Anna (the luminous Agata Trzebuchowska) is a novitiate, or nun in training, at a rural convent where she has lived since she was a baby. Anna never knew her parents, but her Mother Superior insists she must go visit her aunt in Warsaw, apparently her only living relative, before signing up for a lifetime of poverty and chastity.

Aunt Wanda (Agata Kulesza) is not so much into poverty or chastity. She is or was a well-connected Party insider with a large flat all to herself. She’s a 40ish single woman who smokes and drinks and entertains gentleman callers; her reputation as a judge and prosecutor zealously devoted to the cause once earned her the nickname “Red Wanda.” But we get the feeling Red Wanda’s star has faded a little, or maybe a lot. Wanda and Anna’s reunion happens sometime around 1963, when the idealism of postwar Communism has frayed considerably, and the corrosive force of Western pop culture is creeping in through the cracks, distracting socialist youth from the arduous task of building a new society. Furthermore, as Anna and Wanda will discover, the ghosts of Poland’s dreadful recent past are not buried or forgotten, and still loom large in the nation’s present.

Wanda can’t quite decide whether to be amused or horrified by her ultra-devout niece, or whether it’s worth trying to pervert the girl, but she has some startling answers to Anna’s questions about her parents. They were Jewish, and they disappeared during the war years, along with some 90 percent of Poland’s Jewish population. (When the Nazis invaded in 1939, Poland had about 3.5 million Jewish citizens. After the Holocaust and the widespread emigration of survivors, that number in the ‘60s was probably less than 100,000.) Anna’s real name is Ida Lebenstern, and if she really wants to know what befell her parents, she and Wanda will have to visit the remote village where she was born.

With an immensely delicate touch, Pawlikowski and co-writer Rebecca Lenkiewicz address all three of the big issues in modern Polish history – the power of the Roman Catholic Church, the conflicted legacy of Communism and the collective guilt of the Holocaust – without ever feeling like they’re delivering a lecture, and without detracting from an intimately scaled story about two people. Wanda and Anna pick up a handsome, saxophone-playing hitchhiker (he’s the one who knows about Coltrane) who represents possibilities neither of them quite understands. They spend a couple of nights in a new hotel that bravely tries to reflect Western modernism, and buy drinks for uncommunicative locals who of course claim total ignorance about any Jews named Lebenstern or anything else.

Eventually Wanda and Anna will learn the truth about what happened to the Lebenstern family, and how little Ida survived to grow up and become a nun, in an emotionally shattering climax that sends both women in unpredictable directions. Perhaps because Pawlikowski himself has spent most of his life outside Poland, “Ida” views the tragedies of the past from a certain compassionate distance. He feels no need to deride Anna’s religious faith (which is deeply felt, as far as we can see), or to dwell on the obvious failings of the Communist state, whose roots after all lay in hopefulness. While it would be obscene to speak of compassion for those who perpetrated or abetted genocide, “Ida” shows us clearly that the whole society suffered from that crime, and very likely continues to do so.

“Ida” opens this week at Film Forum and the Lincoln Plaza Cinema in New York, and Laemmle's Royal in Los Angeles. It opens May 9 in Toronto; May 16 in Vancouver, Canada; May 23 in Chicago, Phoenix, San Diego, San Francisco, San Jose, Calif., and Washington; May 30 in Atlanta, Dallas, Omaha, Neb., and Philadelphia; June 6 in Boca Raton, Fla., Boston, Houston and Portland, Ore.; and June 13 in Albuquerque, N.M., Las Vegas and Seattle, with more cities and home video to follow.