The best and worst of the White House Correspondents' Dinner

A young Jon Stewart, a brilliant Stephen Colbert, and more notable performances from WHCDs past 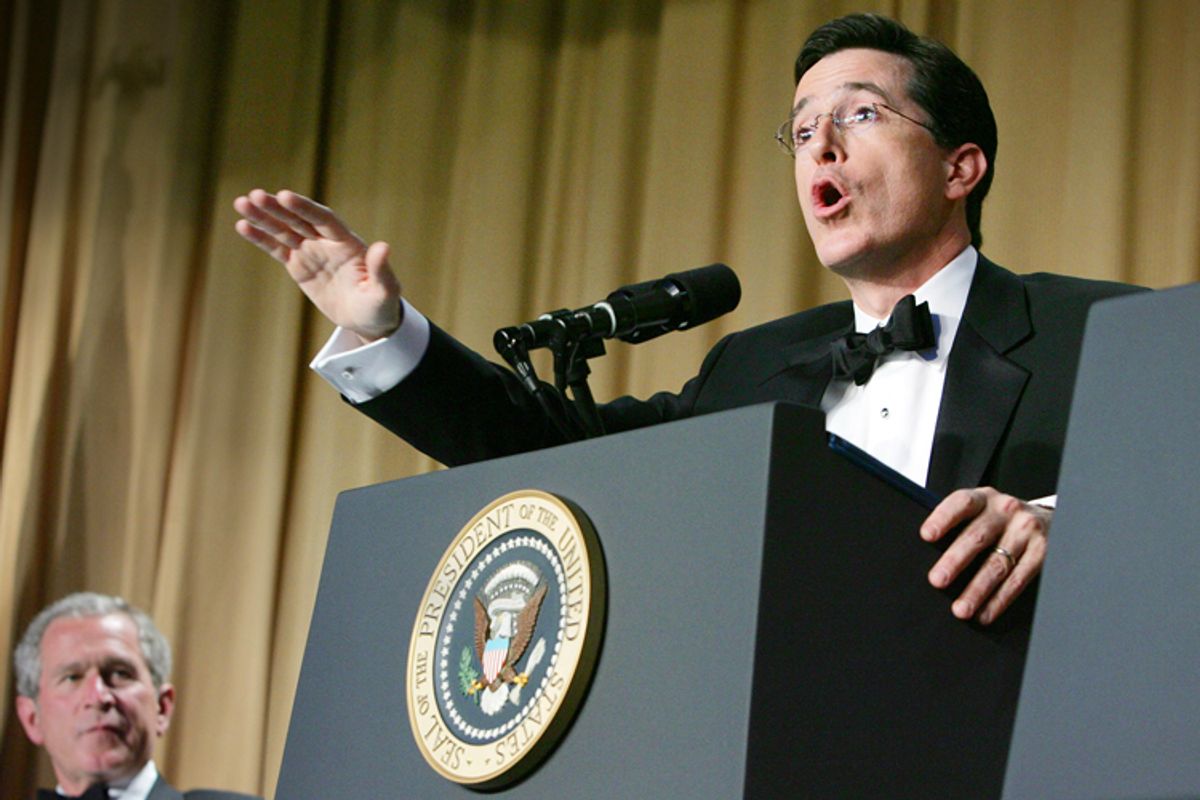 Tonight in the nation's capital, influential D.C. journalists will join forces with the most powerful members of our government and a smattering of random celebrities to descend upon the Washington Hilton for the 2014 White House Correspondents' Dinner.

This year's event marks the centennial of the White House Correspondents' Association, a group originally founded to protect the independence of the press corps against encroachment by the Wilson administration. That the group is now best known for a yearly pageant designed to provide "the press and the president an evening of friendly appreciation" is either exciting or depressing, depending on whether or not you were invited to the White House Correspondents' Dinner.

While you might (rightly) lament that this "friendliness" between our executive branch and the Fourth Estate is in large part responsible for some very unpleasant things, the Correspondents' Dinner has at the very least produced some notable moments over the years.

Scroll through the video slideshow below to revisit the highlights of dinners past, including Obama's roast of Donald Trump, a routine from pre-"Daily Show" Jon Stewart, and Stephen Colbert's tour-de-force smackdown of the Bush administration.