Exorcism is back! Meet the mavericks who will teach you how to cure demonic possession

Do-it-yourself exorcism schools, some aligned with actual Vatican guidelines, are on the rise. Is it really 2014? 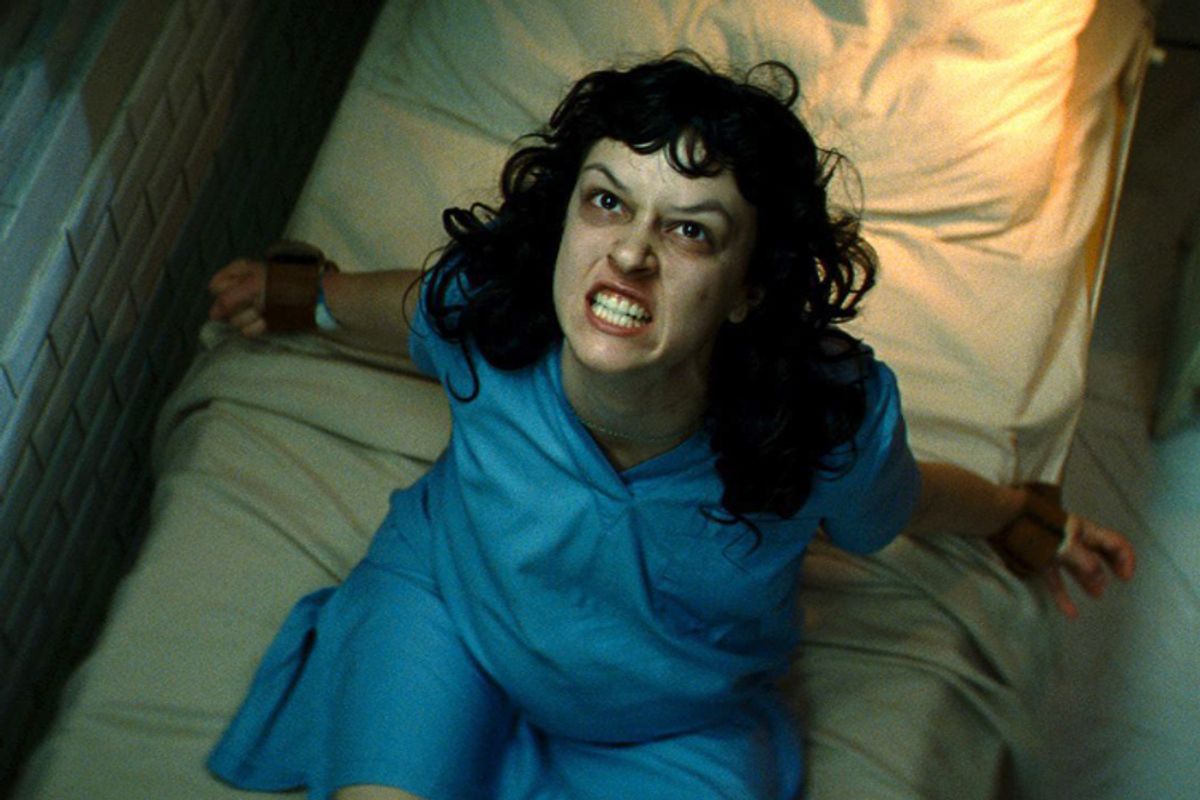 This spring, a new school for exorcists opened in Illinois. The Pope Leo XIII Institute for the “education & training of priests in the holy ministry of exorcism and deliverance” was launched at the Mundelein Seminary in February — when the first cohort of trainees arrived for a 10-day seminar. For just $1,500 (plus $960 room and board; check and credit card accepted; donations welcome and tax-deductible), priests received instruction from some top exorcists — using a curriculum that was reportedly pre-approved by a committee of credentialed bishops.

The time was ripe. Just a month before the school’s quiet opening, headlines the world over broadcast news that exorcism is back. The Catholic Church is training a new class of priests to perform exorcisms: allegedly, to meet a growing public demand. “Diabolical possessions are on the increase as a result of people subscribing to occultism,” noted Father Francesco Bamonte, president of the Italy-based International Association for Exorcists. “The few exorcists that we have in the dioceses are often not able to handle the enormous number of requests for help.”

An ensuing rash of news stories — most of which referenced the 1973 American horror film "The Exorcist" — must have left Catholic progressives gritting their teeth. For a generation that worked hard to sideline wild-eyed talk of Satan, the reappearance of Catholic priests lashing out against Ouija boards and demonic cults could only have been unsettling. News articles included juicy interviews with priest-exorcists — and vivid descriptions of what demonic possession purportedly looks like: “people babbling in languages foreign to them, shaking uncontrollably and vomiting nails, pieces of metal and shards of glass.”

Yet the story was not reported as thoroughly as it should have been, likely as a result of the Lord Almighty. The exorcism story is, at its root, a tale about Catholic theology — and reporters tend to treat this subject with undue reverence. (As opposed to, say, Vatican intrigue and church pedophilia scandals, which are examined with more scrutiny.) Many articles could have done with more “allegedly[s]” and “reportedly[s].” (We’re talking about vomiting nails, after all). Basic facts were taken at face value, though they were merely the anecdotes of several priests whose motives were not explored.

Exorcism is a centuries-old rite, but it is being sold differently today. Increasingly since 1999, the church has attempted to coat the practice with a sheen of secular legitimacy: by requiring that the “demon-possessed” obtain medical clearance before an exorcism is performed — and by training exorcists to differentiate between “psychological” and “spiritual” malaise.

But if we accept, as I do, that there is definitely no such thing as demonic possession — and, therefore, that this all crazy talk — we should take pause, and consider the effect that a push for exorcisms might have on vulnerable Catholics: the mentally ill, the developmentally impaired and the psychologically traumatized.

Right off the bat, I’d like to know: Where are the psychiatrists who are approving the use of exorcism on patients — and can they please stand up?

Catholic priests who have spoken openly about exorcism tout a predictable line, as reported by the Telegraph in January: “The rise in demonic cases is a result of more people dabbling in practices such as black magic, paganism, Satanic rites and Ouija boards, often exploring the dark arts with the help of information readily found on the internet.” Never mind that I haven’t seen a Ouija board since the '90s — the church says, as the church has said for decades, that our spiritually plastic ways are guiding us into Satan’s den.

Other observers point to the growing influence of Pentecostalism, with its direct and physical experience of Godc—cor films like "The Rite" (2011), which was based on a real American priest.

Exorcism is “the practice of expelling evil spirits.” By popular accounts, crazy things happen when those demons are given the boot: “There are foul smells, vomiting, foaming at the mouth, foul language, psychological attack as well as a physical attack, languages you’ve never heard, items flying across the room (what we call poltergeist activity) … voices that sound like they came out of 'The Exorcism' movie,” Rev. Steven Maness, a New Jersey-based exorcist, tells me.

In theory, only Catholic priests with permission from superiors can conduct exorcisms. But recent decades have given rise to gaggles of rogue agents — many of whom charge a hefty fee for their services, as opposed to affiliated priests who usually claim to exorcise for free. Some speculate that the church’s new exorcism push is an attempt to steal back authority from these unaffiliated mavericks. It’s “a response to public demand, but it’s also about quality control,” John Allen, an author and Vatican expert, noted in January. “A lot of it is fairly dodgy theoretically — they are self-appointed exorcists running around purporting to be acting on behalf of the Church.” In 2008, a senior Italian priest made £3 million ($5 million) by performing unsanctioned exorcisms at his “House of the Sainted Archangels” in Florence.

Online, lone wolves aren’t hard to find. A quick search leads to the website of one Bob Larson who, for a fee, offers exorcist “accreditation” at his “International School of Exorcism ®.” Classes like “Healing the Fragmented Soul” and “Weapons of Warfare” can be taken by students as young as 18 — and you can sign up even if you’re “not well-versed in the Bible.” Larson’s website boasts a flashy sidebar with a “Got Demons?” advertisement. I clicked to take “the Demon Test ®” — but jumped ship when I was asked for a credit card number.

The Catholic Church itself has a fuzzy relationship with exorcism, which stretches back to New Testament times. After the reform-minded Second Vatican Council of the 1960s, many church officials brushed exorcism aside — considering it a relic of more superstitious times.

This began to change in 1999, when the Vatican updated its guidelines on exorcism ("Of Exorcisms and Certain Supplications") for the first time since 1614. The rite was minimally rejigged. “Some of the more colorful descriptions of the devil were removed,” explained the Vatican expert John Allen. In 2005, Pope John Paul II reportedly “wrote a letter requiring every U.S. bishop to designate an exorcist.”

Movement picked up under Pope Benedict XVI, who had a penchant for traditional rituals. In the early aughts, Rome’s Pontifical Academy began offering classes for clergy and seminarians on “Exorcism and Prayer of Liberation.” Under Benedict’s reign, a plethora of exorcism-themed conferences were launched; exorcist training organizations and “boot camps” gained newfound prominence.

Today, Pope Francis makes frequent references to the devil. And last May, he was accused of performing an exorcism of his own during a St. Peter’s Square Mass. (TV footage captured the pontiff gingerly placing his hands on the head of a wheelchair-bound man, who then began convulsing.) He denied the charge — sort of. The Vatican released a statement saying that Pope Francis “did not intend to perform any exorcism.”

According to the Vatican’s new exorcism guidelines people who claim to be demonically possessed must be examined by doctors — to rule out the presence of physical or mental illness. Many exorcists quoted in newspapers insist that they adhere to this requirement: stressing that they only perform exorcisms on a small minority of the people who seek them. Monsignor Mottet, the Iowa priest, tells me that it took some searching to find a medical professional who would take his referrals: “Most psychiatrists don’t believe in this. You’ve got to shop around.”

Assuming that priests really do require medical clearance (they are not regulated, so it’s hard to say), who is providing it? Who are these doctors—and are their actions in line with their obligations as medical professionals? We should be asking why and which doctors support the use of exorcism on people who believe that they are possessed by demons.

There is something very troubling about recent efforts to justify exorcism by scientific means. Steven Maness, the New Jersey-based reverend, says he has been performing exorcisms for around a decade. On his website, Maness writes that his “Institute for Spiritual Forensics” is “affiliated with the Princeton Engineering Anomalies Research (PEAR) facility at Princeton University.” But I emailed Princeton to confirm this — and PEAR’s laboratory manager Brenda Dunne told me that she had “never even heard of them before.”

Last August, the Healing Ministry of Deliverance & Exorcism (which launched the new exorcism class in Chicago) held an exorcism seminar that was reportedly attended by more than 200 priests and lay teams. One scheduled speaker was the Rev. Chad Ripperger, who reportedly lectured on “how to distinguish” between the “psychological” and the “preternatural” when performing a “diagnostic.” But elsewhere, Ripperger has expressed hostility to “modern psychology.”

In this light, the new exorcism push seems like an effort to demonize (quite literally) mental illness and psychological trauma. Indeed, some of the so-called symptoms of demonic possession — hearing voices, speaking in strange voices, feeling watched or haunted or possessed — seem a lot like psychiatric symptoms. One worrisome result: Jennifer Percy’s new book "Demon Camp" profiles American Army veterans suffering from post-traumatic stress disorder who seek out exorcisms at a Pentecostal retreat in Georgia, where a husband-and-wife team perform them by the handful.

Also worrisome are priests like Father Gary Thomas (inspiration for the hit book and then movie "The Rite"), who notes: “Eighty percent of the people who come to see me have been sexually abused … Sexual abuse is a doorway for a demon.” What is this if not theological victim shaming: blaming sexual assault victims for their own abuse? For demonic possession, as many Catholics understand it, involves an element of volition; the devil, in other words, must be invited in.

Even in the best of cases, what does it mean for someone who believes himself possessed to “consent” to an exorcism? Maness told me that family members typically attend exorcisms — and help “to restrain people if they get violent or start throwing things.” I asked if he could elaborate on the verb “restrain.” “It’s not an illegal restraint of any sort,” Maness bristled. “The family is doing it under spiritual auspices. There is a separation of church and state here in the United States.”

The thing about exorcism is that it has built-in theological safeguards that superficially protect it from chicanery-alleging secularists. Your exorcism doesn’t seem to be working? You might need more that one! Feeling OK after all? Ah, but the demon may be lying nascent. Everyone else says you’re crazy?

“There’s a saying,” a weary Maness tells me, near the end of our interview: “The greatest strength the devil has is that nobody believes in him.”