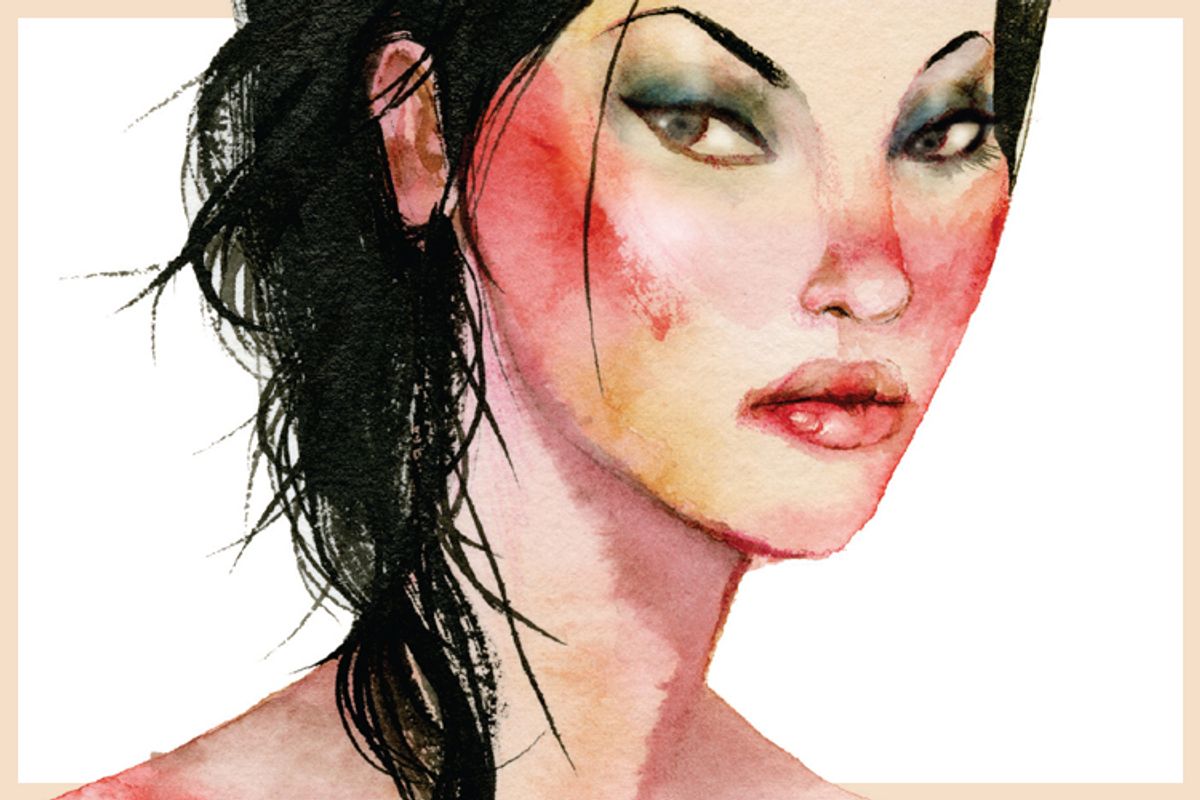 I spoke with Akira by phone about why pregnant women turned her on as a kid, falling in love with co-stars, and being typecast as an Asian performer.

At the beginning of the book, you write, “I’ve always questioned why I am the way I am ... Why am I so sexual? Why do I insist on publicizing my most intimate moments?” What’s the best answer you’ve come up with?

I still don’t know. When I was writing the book I was kind of hoping that by the end of the book I would know. I was hoping that it would be this journey to discovering myself. That didn’t really happen. There was no "aha" moment where I went, ‘That’s why!” It didn’t give me an exact answer of why I am the way I am, but at the same time, I feel more at peace with the way I am.

So does the question even matter to you anymore?

The reason it brought me peace is that I don’t really care about the answer anymore.

The question almost assumes that there’s something wrong with who you are.

And I don’t think there’s anything wrong with me. When I was thinking that, part of me really wasn’t satisfied with, “I am the way I am and that’s just it.” I was like there must be something that happened in my past, there must be some kind of psychological issue.

Will you have a kid yourself?

No, that letter is fake. It’s the letter I wish I could have sent. It’s everything I really wish I could say to my mom. We’re really, really close in everything except anything related to my career. Even now, I talk to her on the phone every day. But we never talk about that part of my life.

My parents are really liberal, progressive people, but not to the point where they can understand that I’m doing this by choice and that I really love my job. I don’t think they want to know that I want to do this. That’s almost worse.

I didn’t really dive that deep into the babysitter part. There’s a chapter in the book where I think that maybe my babysitter molested me, but I have no basis whatsoever for thinking that. [There's a scene in the book, during an emotional OxyContin-fueled conversation, where she says, “I had a male babysitter when I was two or three. I slept in a toddler bed, and I remember we had this joke, where he'd crawl into my bed with me."] First of all, when I said it and was thinking it, I was really fucked up on drugs. It’s also, I think it comes from me looking for a reason that I’m like this. I’m just reaching -- maybe it’s this, maybe it’s that! But I have no basis for thinking that, there’s no memory, nothing. I think that was more trying to justify the way that I am.

The drug stuff, even now I don’t know that I consider myself an addict. I definitely abused a lot of drugs. I definitely started partying at a very young age. But I never felt like I couldn’t quit something -- but I’m sure a lot of addicts say that. It’s one of those things, the longer you argue it, the more it seems you’re guilty. Now I’m sober. I don’t even drink and that’s totally by choice. I just enjoy being sober now.

Another thing you’re candid about is binge-eating and crash-dieting. Is this something that you continue to struggle with?

Definitely. A big portion of my day is spent thinking about the food that I cannot eat and contemplating whether I will cheat on my diet or not. I grew up really skinny and never thought about my weight and then my metabolism took a dive when I was 22. It was right around when I got sober and stopped doing drugs. I had to learn how to diet and count my calories. It’s definitely an obsession. It’s not healthy, at all.

It kind of sounds in the book like you blame Los Angeles.

In New York, I lived around Puerto Rican girls and I couldn’t be thick enough. I wanted a nice round butt. Honestly, in reality, I think men enjoy a thicker woman. I think it’s sexier, it’s more womanly. In other women, I prefer seeing them a little thicker. I think it’s sexier. But for myself, I want to be underweight, so that I don’t have to watch what I eat. It’s this inner struggle.

You say that almost every time you shoot a scene, you “fall a little bit in love.” How so?

With the person I’m working with, I try to make a connection. I don’t separate emotion from sex that much. Once I’m having sex, I do feel very emotional. I don’t know how many times I’ve done a scene with a person and during I’m like, “Oh my god, I really like this person! Maybe we can hang out. I wonder what he would be like as a boyfriend.” And then the scene’s done and I go home and I’m like, “What the hell was I thinking?”

The perfect scene, for me, it’s when there are as few cuts as possible. When the performers all connect and are on the same wavelength. That doesn’t always happen. Sometimes it’s like a dance and you’re dancing to two different songs. When you can really be on the same wavelength, that’s always special. Something creative might happen, you use a random prop that’s lying around or an article of clothing, something weird and intimate. Also, just allowing yourself to let go. It’s an obvious thing when it’s happening. Afterward, everyone knows it and acknowledges it. That’s the feeling we’re all chasing. We want to make that perfect scene.

At the beginning, I hated being cast as the Asian girl. I hated every time I had to wear a kimono or be covered in sushi or play a masseuse. Not because I felt it was degrading -- because I do feel that it’s kind of being celebrated. It’s fetishized, but I think that’s okay. Now, I’ve learned to embrace it. It’s something that’s special about me, it’s something that guarantees me work as long as I want to stay in the industry. But I would never do anything that’s degrading to Asians.

How do you draw that line? Have you ever been asked to do something you’re not comfortable with?

I’ve been asked to play a sumo wrestler. I turned that one down. If it doesn’t feel sexy, I’m not gonna do it.

I can’t do it ’till the very end; I don’t think people will even want to see that.

So you’re not doing it for money?

I don’t know. Outside of work, we are monogamous. I just signed a contract with Wicked Pictures where I only shoot one movie a month. I used to shoot five, six days a week. Now I’m shooting not even five days a month. It’s definitely different and I was really scared that I was gonna freak out or act out in some way, but it’s been a very smooth transition so far. My husband is really supportive. When I signed the contract, he was like, “Whatever we need to do to make it work, we’ll make it work. Don’t feel like you have to keep working five, six days a week to control your sexual appetite.”