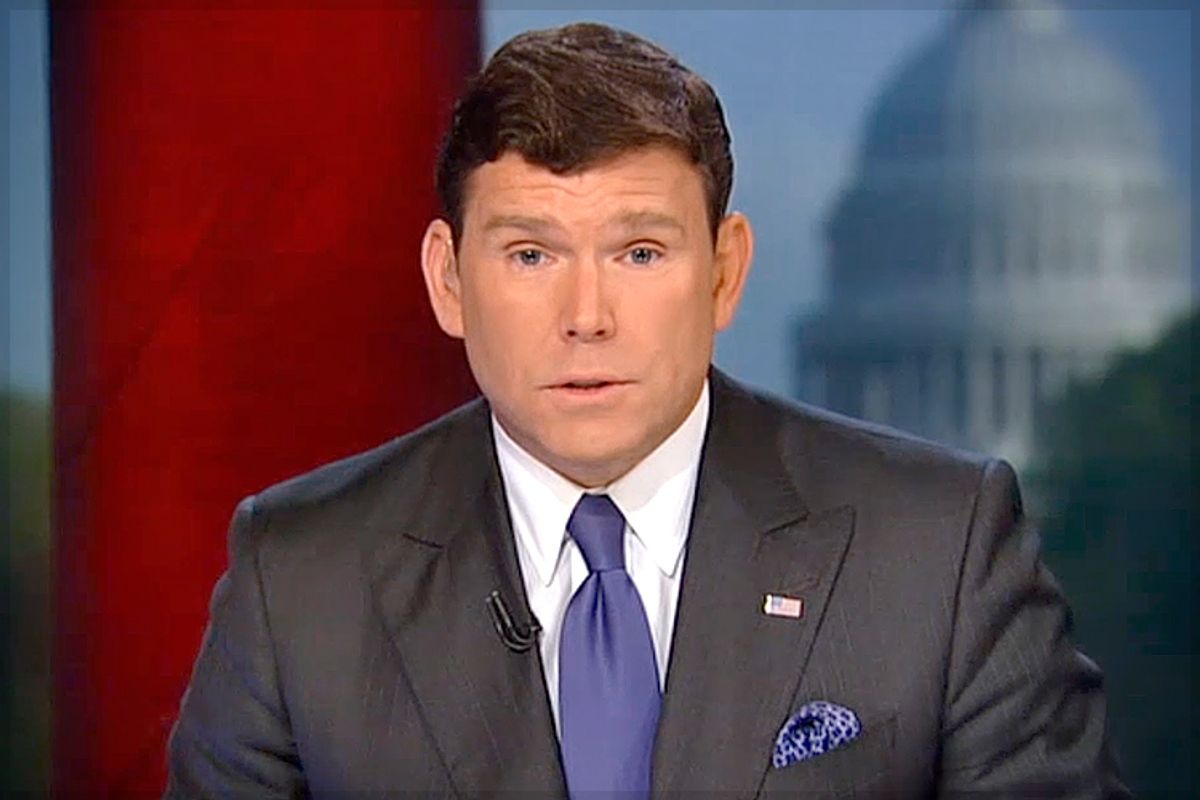 Benghazi, to quote a few major news outlets, “is back.” We’re now 20 months removed from the September 2012 terrorist attack, but in the last week there’s been a new “smoking gun” email (the latest in a succession of smoking guns) and an even newer House select committee. There’s a fresh burst of energy behind the quest to uncover the White House coverup that was so obvious and perfidious that Americans reelected Barack Obama by a comfortable margin.

The most entertaining and edifying piece of Benghazi news that happened last week was this May 1 interview between former White House spokesman Tommy Vietor and Fox News’ Bret Baier. Vietor was on to discuss his role in the editing of a sheet of Benghazi-related talking points drafted shortly after the attacks. Baier wanted to know exactly what changes Vietor made to this document, to the point of asking him if he changed single words: “Did you also change ‘attacks’ to ‘demonstrations’ in the talking points?” Vietor said he couldn’t recall changing that single word in the document. Baier was incredulous and pressed Vietor, leading to this amusing exchange:

VIETOR: Dude, this was two years ago. We're still talking about the most mundane thing.

BAIER: Dude, it's what everybody is talking about!

Derpy conservatives seized on Vietor’s use of “dude” to accuse him of being flippant about the deadly attack. To me, the more interesting part of this exchange is Baier’s defense of his own questioning: “it’s what everybody is talking about.”

That gets to the role people like Bret Baier have played in keeping Benghazi alive as a political issue. Baier, in his capacity as the journalistic face of Fox News, has been integral in keeping the issue in the news and giving the conservative obsession a patina of integrity. In doing so he’s been responsible for some of the most inaccurate and sensationalized reporting on Benghazi.

You’ve probably heard the claim that the Obama administration ordered military assets capable of responding to the Benghazi attack to “stand down.” It’s a damning accusation that has become part of the established conservative narrative of the attack. The claim originated from Fox News’ Jennifer Griffin, who reported in October 2012 that “an urgent request from the CIA annex for military back-up during the attack on the U.S. consulate and subsequent attack several hours later on the annex itself was denied by the CIA chain of command -- who also told the CIA operators twice to "stand down" rather than help the ambassador's team.”

Griffin’s bombshell report has been thoroughly dismantled since then by just about every investigation into the attacks. But it has been a key part of Fox’s Benghazi coverage, to include Baier’s June 2013 special investigative report, “Benghazi: The Truth Behind the Smokescreen.” In the introduction to that report, Baier previewed the thrust of his investigation: “How could Americans be left so vulnerable in such a dangerous place? Did their government leave them to die? Did their president try to cover up what happened that night?” (emphasis added)

That is an explosive allegation, and it rested heavily on Griffin’s reporting, which by that point had already been challenged by several government agencies and even a House Republican report on the attacks. So how did Baier present the issue? [19:40 into video]

BAIER: At the annex, sources tell Fox News the CIA team is told to stand down twice. While an independent accountability review board appointed by the State Department concluded the CIA officers were, quote, “not delayed by orders from superiors.” Either way, 10:07 p.m. Benghazi time, the CIA team leaves the annex bound for the compound.

It’s hard to peg what’s more irresponsible: the unfounded suggestion that the government left the people in Benghazi to die, or the presentation of debunked reporting on so critical an issue as a he said/she said dispute. It’s all calculated to give the impression that the Obama administration made a bloodless calculation to leave Americans to die. And remember: This isn’t Sean Hannity or any of the other barking partisans that populate the network – this is the anchor of their flagship news program.

That program also played host to another explosive – and ultimately bogus – piece of Benghazi reporting: the so-called Benghazi “insider.” In May of 2013, "Special Report" featured a series of interviews with an anonymous man  -- a “special operator” who was “fearful of reprisal” -- claiming to have secret knowledge that challenged the official account of the response to the Benghazi attacks.

Much of what the “insider” had to say was either completely wrong or already part of the public record. The mystery man said he knew “for a fact” that at the time of the attacks there was a special operations team in Europe on a training exercise (which everyone knew because the Pentagon acknowledged it months earlier). He said that the special ops team could have made it to Benghazi in just a few hours (a former special ops team leader called this a “fantasy rescue plan”). But his claims fed into this idea that the Obama administration either sat on its hands or deliberately withheld aid to Americans in danger, so the “insider” got prime-time air to spin this nonsense.

That’s a lot of bad journalism emanating from the straight-laced newsman who anchors what’s supposed to be Fox News’ most august and respected news show. And it was all in the service of keeping the Benghazi “coverup” alive as a political issue. And now that the issue is getting more oxygen from congressional Republicans, Baier and his cohorts are breaking their arms patting their own backs for being the only journalists with the courage to make shit up about Benghazi after everyone else had moved on.

“I guess this means the mainstream media will have to cover this story a bit more now,” Baier observed to correspondent James Rosen on May 2. “That would stand to reason,” Rosen replied.