Shailene Woodley: I am not a feminist "because I love men" 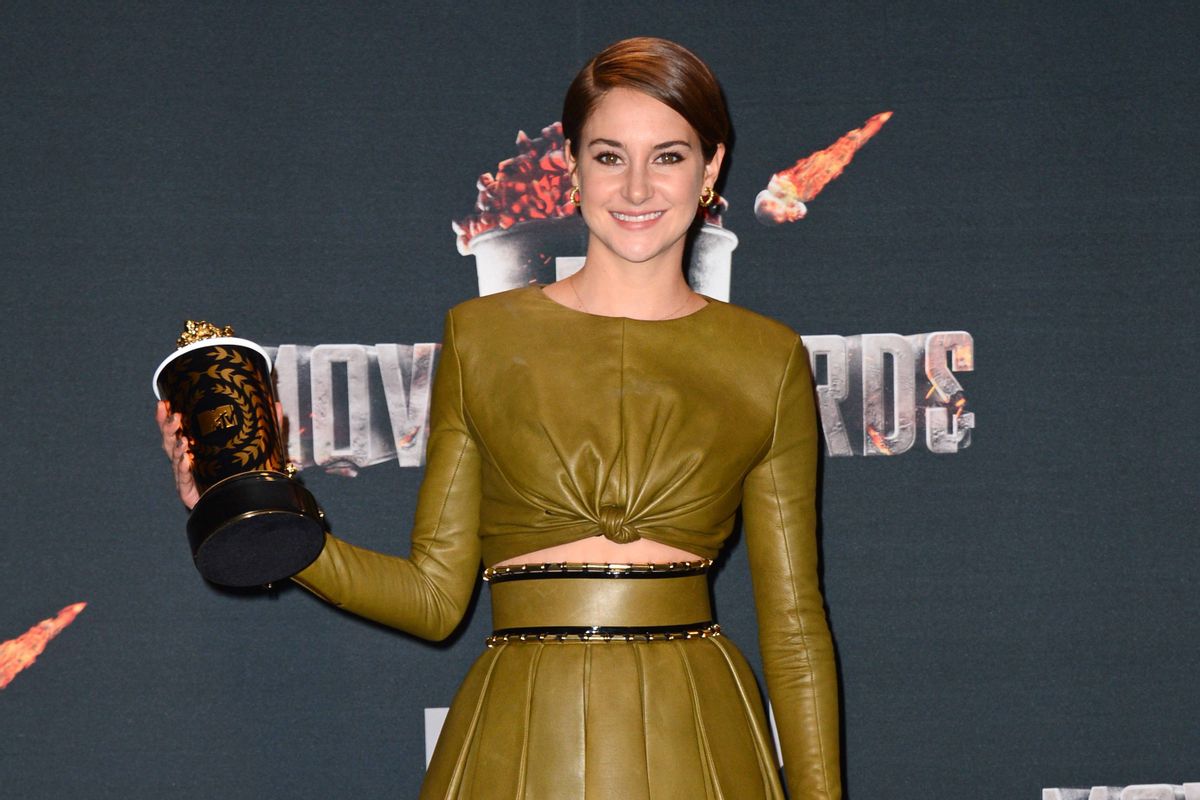 "Divergent" and "The Fault in Our Stars" Shailene Woodley is not a feminist...because...dudes? In an interview with Time, when asked, "Do you consider yourself a feminist?" the 22-year-old said, "No," and elaborated:

No because I love men, and I think the idea of ‘raise women to power, take the men away from the power’ is never going to work out because you need balance. With myself, I’m very in touch with my masculine side. And I’m 50 percent feminine and 50 percent masculine, same as I think a lot of us are. And I think that is important to note. And also I think that if men went down and women rose to power, that wouldn’t work either. We have to have a fine balance.

My biggest thing is really sisterhood more than feminism. I don’t know how we as women expect men to respect us because we don’t even seem to respect each other. There’s so much jealousy, so much comparison and envy. And “This girl did this to me and that girl did that to me.” And it’s just so silly and heartbreaking in a way.

Woodley fails to analyze where that jealousy, comparison and envy between females comes from, and points instead to "The Other Woman" as a shining example of what females should be like:

It’s really neat to see: there’s that new Judd Apatow [sic] movie coming out, The Other Woman, and that looks really good because I think it’s really neat that it shows women coming together and supporting each other and creating a sisterhood of support for one another versus hating each other for something that somebody else created

In case you forgot, "The Other Woman" is that Judd Apatow movie about women, that's full of women and yet still fails the Bechdel test of having at least two women who talk to each other about something aside from a man.

So there you have it: Though Beatrice Prior may be a feminist, the woman who plays her on-screen is not.