Watson dominated "Jeopardy!" and now the supercomputer has a new feature: The Debater 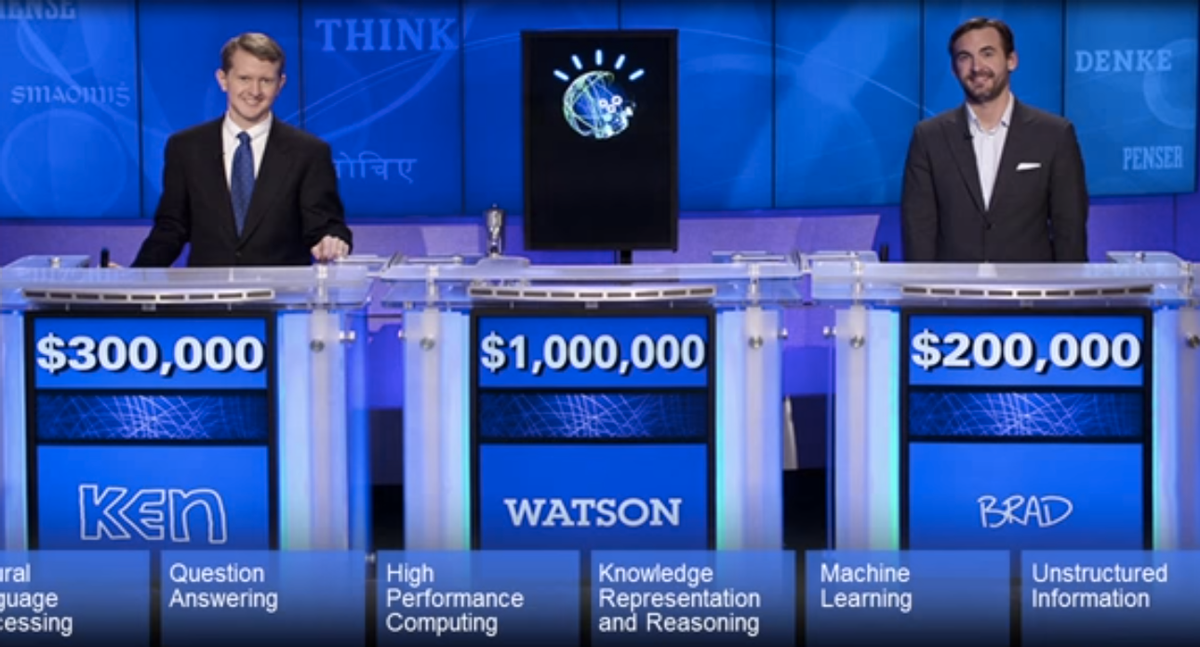 You may remember Watson from his "Jeopardy!" debut three years ago. In the first man v. machine "Jeopardy!" match-up, the supercomputer trounced human competitors Ken Jennings and Brad Rutter. The already brilliant computer may now be more formidable than ever. Watson just got a never-before-seen feature: The Debater.

“Can a computer not just answer complex questions, and give simple answers? And not just take massive amounts of genomic data and come up with better treatments for cancer?” Kelly posed to attendees. "But can can a computer take raw information and digest and reason on that information, and understand the context?"

The answer demonstrated is, yes, Watson can. In the presentation (which starts at 45:25 of the video below) Watson is given the debate topic of violent video games: "The sale of violent video games to minors should be banned." In a matter of seconds Watson thought about the response. Watson said:

See Watson's pros and cons to the debate below at the 47 minute 40 second mark:

Though Watson can't come down definitively on either side of the debate, the computer's ability is still an amazing (and slightly terrifying) display of artificial intelligence -- even just the sheer speed at which Watson can compute is mind boggling.

For now, though, The Debater still needs to work with humans. "It's no longer a game, man v. machine," Kelly explained. "It is man and machine reasoning together."

The Debater was not the only capability displayed: Watson is also being used to help sequence DNA, which will help scientists speed up finding cancer treatments.

Two other presenters at "Why Tomorrow Won't Look Like Today" explained other innovative technologies in space and medicine.

Eric Anderson, Co-Founder and Co-Chairman of Planetary Resources, discussed cost-saving mechanisms for getting to space, and explained the company's plan to explore near asteroids and probe for materials. Also, Eric David, Co-Founder of medical company Organovo, discussed the company's ability to use cells to print blood vessel tissues, and its hope to eventually print organs on demand.