Louie hits a woman -- but it's not his fault

Louie--again!--is the hapless black hole at the center of a malfunctioning system 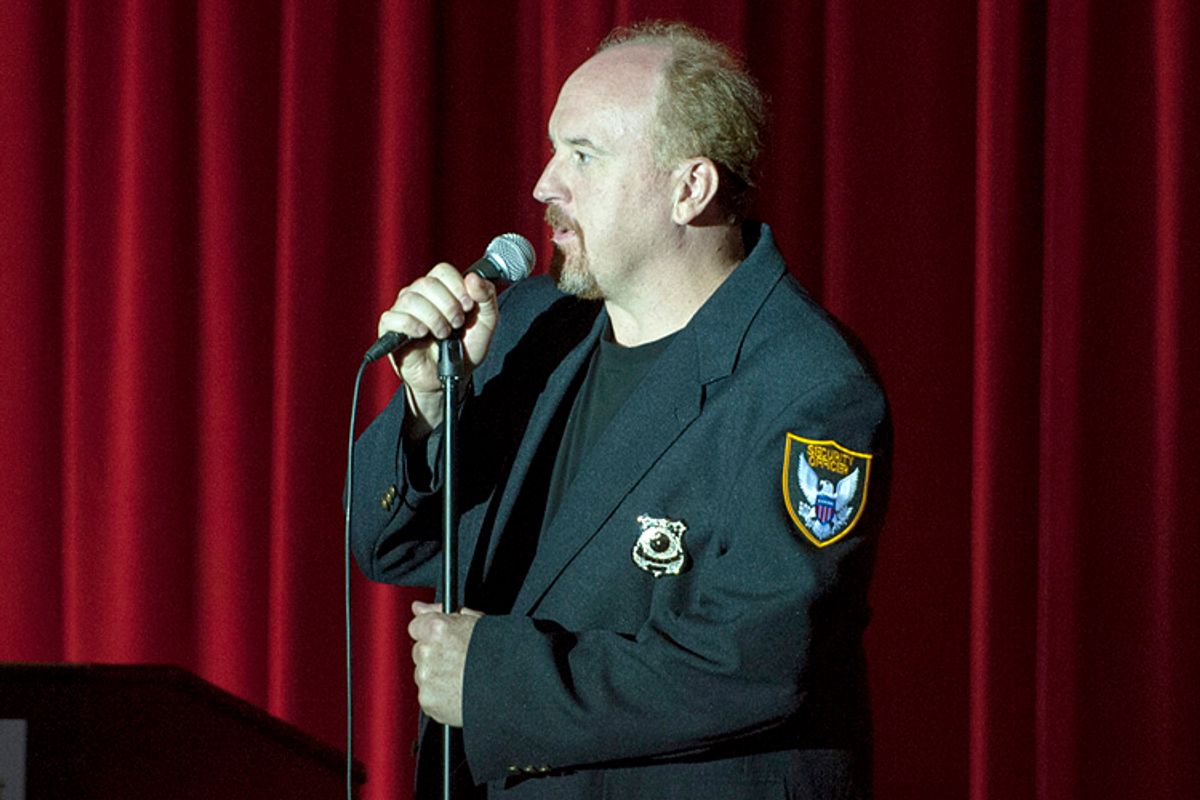 In "Model," the second of the first two season 4 episodes of "Louie" that premiered on FX Monday night, Louie meets a beautiful model (rather, a beautiful model pursues Louie), she takes him to her house, and they have sex. While in bed, the woman (Yvonne Strahovski) tickles Louie, despite his urgent warnings that he doesn't like being tickled. Losing control of his body, Louie then turns and, fully accidentally, hits the woman in the eye. She is taken to the hospital, and Louie is faced with a potential lawsuit from the woman's family, the disdain of his friends for hitting a woman and the knowledge that "her pupil is paralyzed."

In the past, "Louie" hasn't shied away from darker themes, tapping into uncomfortable conversations about existential loneliness, sexual assault and mental illness. In the run-up to the "Louie" premiere, FX's publicity obliquely asked that the detail "of Louie hitting a woman and the aftermath" not be shared in advance. So it seemed, perhaps, that the show was going to make us wrestle with some question of moral ambiguity around Louie's actions -- anger problems, impulsivity, some weightier characterological question. But instead, Louie was the same island of perfect passivity as always -- just a normal guy to whom things happen. Even in the case of hitting a woman in the face, it literally happened to him more than it happened to her. (Once she gets punched, we never see the character again, just Louie muddling through a meeting with his lawyer and bemoaning how much money he is going to have to pay the girl's family.)

But then again, this is the art of "Louie." Louie is the hapless black hole at the center of a chronically malfunctioning system, eating ice cream on the couch while life happens around him. In this particular episode, we see the system rise up to prosecute him -- the meeting with the lawyer, the required remuneration -- for a crime he barely even committed. He is beleaguered by a world that the audience seems to understand better than he does. At the beginning of the episode, Louie, wearing a security guard's jacket, does stand-up at a benefit and bombs in front of a black-tie audience. When he goes outside, the model calls to him from what seems like a hundred yards away. She is hardly visible, a speck in the distance, while Louie's bald head looms in the foreground. It's a good metaphor for the show: Louie takes up the whole screen even when he isn't doing anything at all.