A Princeton freshman pens a defense of white privilege and gets famous. But why him? And why now? 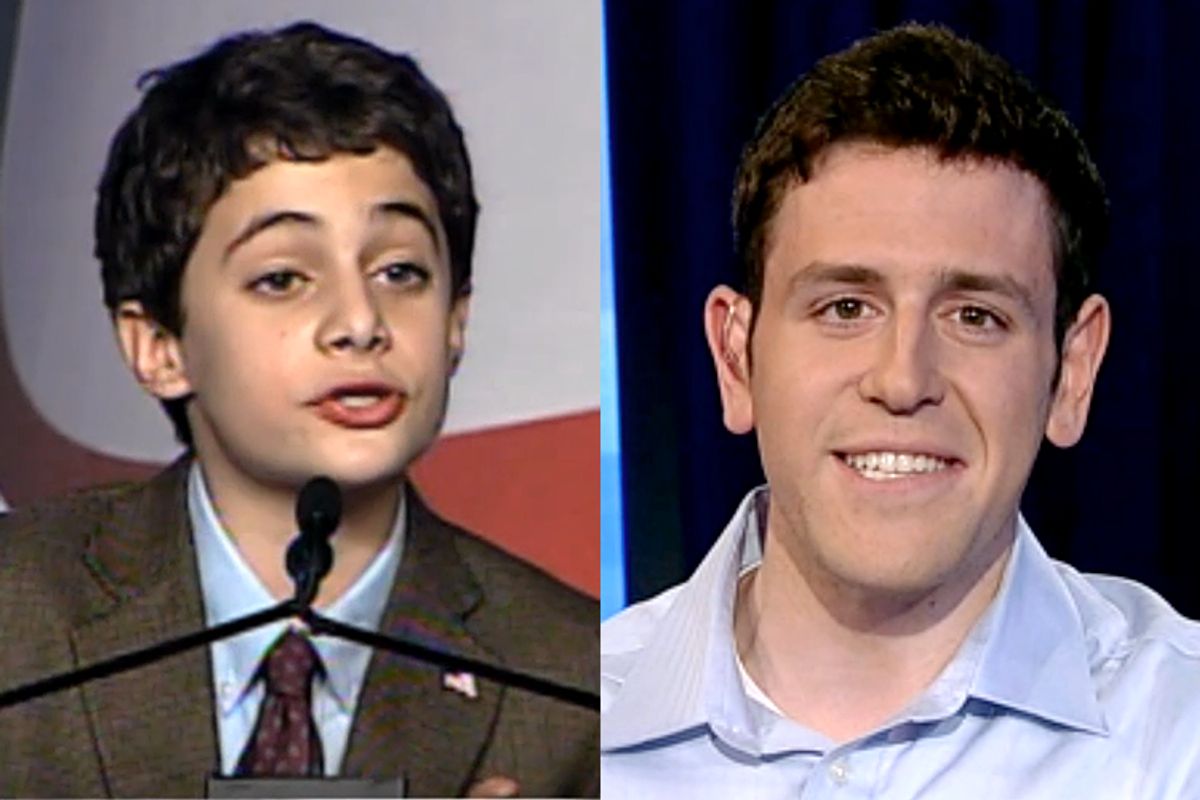 By now you have probably heard about Tal Fortgang, the Princeton freshman whose manifesto in defense of white privilege has become an overnight viral sensation.

The narrative isn't a new one: Student at an elite northeastern university rejects the militant progressivism of the ivory tower (although, let's be honest, this is Princeton we're talking about) and calls bullshit on political correctness. And it's a telling narrative, both for what it says, and doesn't say, about conservatism and the Republican party. (But more on that later.)

One thing that is abundantly clear from reading Fortgang's essay is that he is, yes, a freshman in college. There's a guilelessness at the core of his argument -- that he will not apologize for his privilege, because his privilege is awesome -- that makes loads more sense when you consider that only a few short months ago he was living at home with his parents. His life experience, one presumes, is fairly limited. So in that sense, he doesn't really know any better.

This isn't to say that Fortgang's ignorance is justified. (Better writers than myself have already explained why it's a huge, and emblematic, deficiency.) However, it is to say that Tal Fortgang is a young guy with, by all appearances, a comfortable and insular upbringing. And his relative dearth of empathy can at least partially be explained by that very fact.

Should he know better? Yes, of course. And all the many angry rebuttals are a necessary counterpoint. But again, there's nothing new about the argument he's making or the obstinate privilege he extols. He is an ignorant 19-year-old white guy from Westchester, and in that way he is wholly unremarkable.

Which begs the question: Why is Tal Fortgang a thing in the first place? Why did an essay he published in the Princeton Tory suddenly become a national news story? Why was it republished by Time magazine? People have been writing regrettable college op-eds since the beginning of time. So why him? And why now?

Partly, it's a reflection of the peculiar moment in history we occupy. The past year has seen Paula Deen, Phil Robertson, Donald Sterling and the #CancelColbert movement all become the biggest stories of their respective news cycles. White privilege, for a lot of reasons, is a huge point of contention these days.

But that doesn't fully explain it. After all, Fortgang is far from the first person to insist there's nothing wrong with white privilege. Nor is he the most forceful or incendiary. Nor does he, for that matter, present a particularly compelling vision for why white privilege is as totally chill as he believes it to be. Something else must be at work here. To see what it is, it's worth calling back to another conservative wunderkind named Jonathan Krohn.

You may remember Krohn as the precocious 13-year-old who became the darling of the movement by dint of a speech he delivered at the 2009 Conservative Political Action Conference. What's interesting about Krohn isn't so much that he was a (very) young conservative, but that he has since defected. It was a decision he explained in an article two years ago for Salon, and one point in particular merits repeating here:

My involvement at such a young age happened for manifold reasons: I always enjoyed writing (I had gotten my first paid writing gig when I was 9), I enjoyed politics (or at least the theory of politics), and I grew up in Georgia, where conservative ideologues dominated the radio and the populace. Mix those things with the naïveté of a kid and you’ve got the perfect recipe for a fresh, right-wing pundit. My star role worked out well for a while. I didn’t have to question any of the talking points I’d made in my speech, and I got to drone on and on about them at numerous Tea Parties and other conservative gatherings. I felt justified in my beliefs if for no other reason than no one actually told me I was wrong. Instead, men like Bill Bennett and Newt Gingrich hailed me as the voice for my generation and a hope for America.

In a weird way, there's something of a tokenism to the popularity enjoyed by Krohn and Fortgang -- especially at a time when Republicans are trying (unconvincingly) to beat back the impression that they have a demographic problem on their hands. ("See, the youngs actually like us after all!")

While Fortgang insists in his essay that "my appearance certainly doesn’t tell the whole story," it turns out that -- where his current popularity is concerned -- he actually has it backwards. His meteoric rise to fame owes entirely to his biographical data. His youth is the entire point.

What really draws conservatives to Fortgang is an idea about what young people like him represent -- that they don't need to reassess their ideological assumptions on everything from gay marriage and immigration to inequality and systemic racism; that their attitudes actually aren't out of touch with the times; that there's still a future for their paleolithic worldview, because there are young people to carry that torch.

Krohn himself observes this phenomenon when he explains why he got out of the biz: "I was tired of the right using me as an example of how young people 'get' what they’re talking about — when it’s obvious that I didn’t get what I talking about at all."

The truth of the matter -- wishful thinking notwithstanding -- is that Republicans face demographic obstacles on multiple fronts, including and especially with the millennial generation. As a recent Pew study explains:

Millennials stand out for voting heavily Democratic and for liberal views on many political and social issues, ranging from a belief in an activist government to support for same-sex marriage and marijuana legalization.

The Republican party of the future, in order to survive, is going to have to look very different from the one that won 7 of 10 presidential elections between Nixon and Bush 43. That doesn't change just because they have a 19-year-old mascot.

So the GOP's necessary path forward seems relatively clear, no matter their reluctance to embrace it. But what about Tal Fortgang? On the one hand, it's probably naïve to expect an ideological about-face like the one we saw from Jonathan Krohn (who was six years younger than Tal at the time of his insta-celebrity). But Fortgang is still a young guy, just now embarking on his college education, and over the next few years he'll have the opportunity -- nay, privilege -- to avail himself of many viewpoints that run counter to his own. Here's hoping he makes the most of it.