Your partner can tell if you're faking. Single men? That's another story entirely 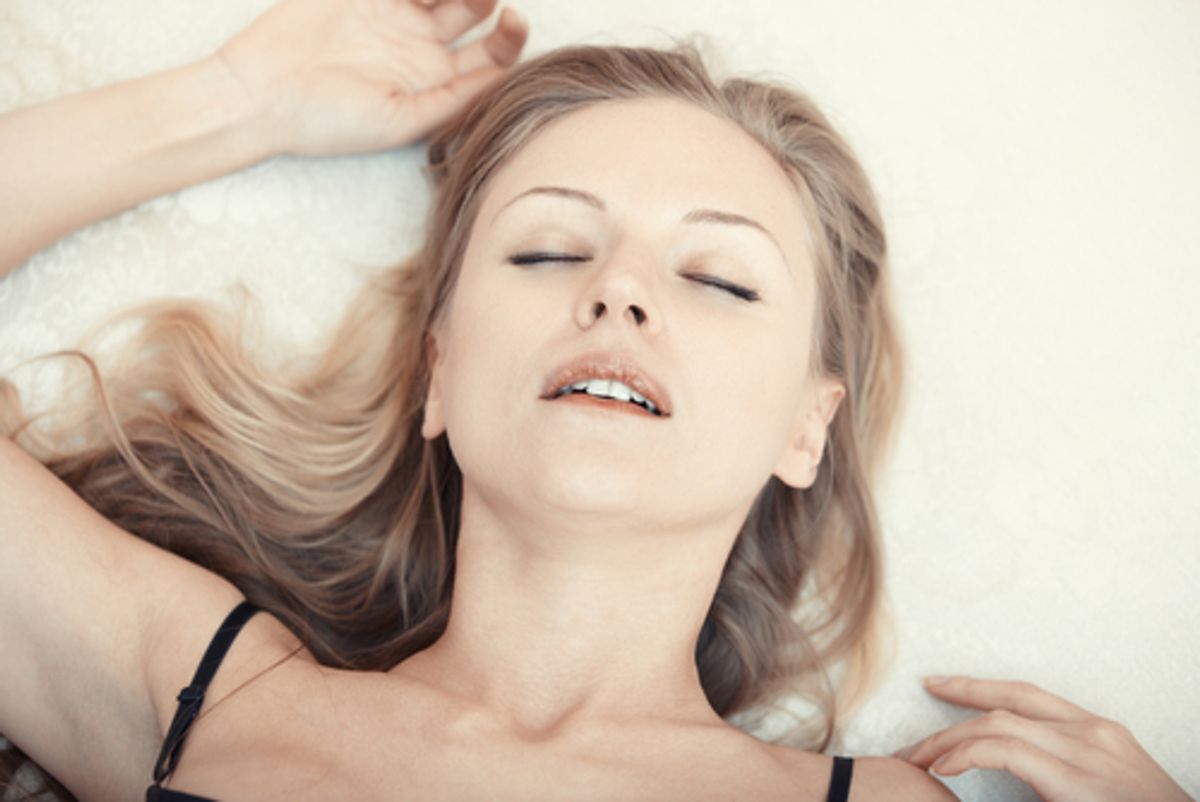 1. Your partner can tell if you’re faking.

While your one-night stand may not be the wiser, a recent study by Canadian psychologists found that both men and women in committed relationships could accurately predict how sexually satisfied their partner is. The study, published in the journal Archives of Sexual Behavior, interviewed 84 heterosexual couples to see if they could tell whether their partner was overjoyed or lying back and thinking of England.

The study also found that women were slightly more accurate predictors of satisfaction, and that men tended to slightly underestimate their female partner's satisfaction, throwing a considerable wrench into the arguments of those who base their lives on the movie "When Harry Met Sally." In a similar vein, those in the study could also tell if their partners were dissatisfied, so you can stop writhing around on the floor like that, please.

A 1992 study by sociologist Edward O. Laumann of the University of Chicago found that 43.5 percent of men reported that their partners always had an orgasm, but actually only 28.6 percent of women were hitting that high note. 1992, you scoff? If Justin Bieber wasn’t alive yet, it doesn’t count, I hear you saying. You’re right, hence a 2010 study came to similar conclusions: 85 percent of men said their partners had an orgasm during their last romp, but only 64 percent of women said the same.

Erin Fallis, author of the Canadian study and psychology graduate student at the University of Waterloo in Ontario put a cheerful, Canadian spin on it, “[T]here’s arguably more to sexual satisfaction than reaching climax.”

True! But come on. Can you imagine a man ever saying something like that about himself?

Unsurprisingly, those who are comfortable talking about sex, and their desires, with their partners are more fulfilled, both sexually and in their relationship, than those who aren't. Or, as a 2010 study in the Journal of Sex Research put it, “The quality of intimate communication accounted for part of the concurrent changes in relationship satisfaction and sexual satisfaction.” Miming one’s sexual needs came in at a close second.

Good communication skills in bed makes sense for two reasons. The first is that sexual self-disclosure leads to more trust and intimacy, which leads to better sex. And the second is that it takes the guesswork out. Unless your partner is that guy from "Lie to Me," in which case, definitely don’t tell him a thing!

If you’re curious how you rate, you can test your emotional intelligence online.

As the old saying goes, it’s quality not quantity, and this applies equally to our persnickity crotches. The Handbook of Sexuality in Close Relationships notes that while couples’ sexual frequency tends to drop off the longer they are together, their sexual satisfaction does not. This could be because people in long-term relationships expect the sex to wane and therefore aren’t crushed when they find themselves watching re-runs of “Teen Mom” at night instead of getting it on like they once did.

Or! It could be that quality trumps quantity and that sexy times with people who know their bodies and needs is more important than, like, 10 quickies a week.

6. How important is sex anyway?

Curious if your man is happy with your relationship? Might we suggest you check his pants. “Sexual satisfaction is the strongest predictor of men’s relationship stability — whether they break up or stay together,” said Fallis, citing an extensive review paper of studies on married couples. “It’s the second strongest for women after relationship satisfaction.”

While men are more likely to think a poor sex life means the entire relationship is poor, women tend to view a lagging sex life as “an unfortunate, but separate part of the couple’s relationship.” This was found to be true not just in straight marriages, but also in cohabitating couples, and lesbian and gay relationships. This just goes to show the importance of how maintaining a healthy sex life affects other areas of our lives as well.

We’ll boink to that.