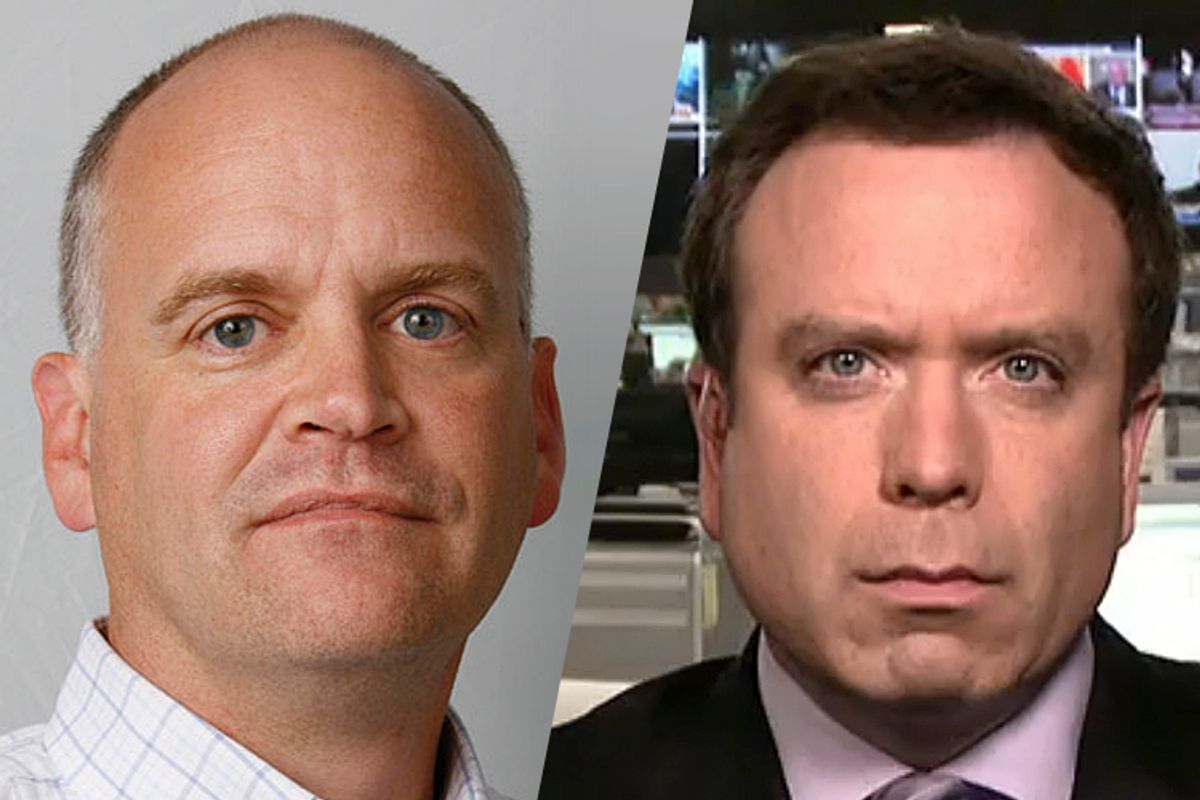 One of the cardinal rules of punditry states that when a conflict can be said to have two sides, blame shall be apportioned in such a way that both sides shall be made to seem culpable. Then, and only then, can your take be deemed smart. With both Benghazi and the Affordable Care Act topping the news this week, the volume of pox-on-both-houses punditry is seeing a short-term spike.

Let’s turn first to Dana Milbank of the Washington Post, who wrote a column arguing that “if Republicans succeed in turning the Benghazi ‘scandal’ from a nothingburger into a Double Big Mac, the Obama White House can blame its own secrecy and obsessive control over information.” If you haven’t been following the latest Benghazi news, the new development is that Republicans are freaking out over a previously unreleased email from a White House aide that was intended to help prepare Susan Rice for her post-Benghazi Sunday talk show circuit. The Republicans think that this email is proof of a cover-up conspiracy of some sort because it wasn’t included in a previous batch of Benghazi-related documents released by the White House.

Why that email wasn’t included in the previous document dump is a legitimate question to ask. But that’s where the legitimacy of all this begins and ends. The email itself is decidedly uncontroversial. As Kevin Drum’s neat summation of the affair makes plain, its contents don’t deviate from the CIA’s position at the time. All it shows is that “like any administration, the Obama White House wanted to put the best face on its Middle East policy.” Not exactly earth-shaking stuff.

And yet, its release prompted Republicans to form a House select committee on Benghazi and, as Milbank writes, “a White House press briefing was dominated for a third time by questions about Benghazi.”

Milbank himself acknowledges that the Benghazi “scandal” is the weakest of weak tea. “The Republican allegations,” he writes, “even if true, don’t amount to much.” If that’s the case, then what he’s describing is an opposition party and a White House press corps obsessively hounding the administration over failing to release in a more timely fashion a document that, ultimately, isn’t important.

Sure, let’s agree the White House should be more transparent. All for that. But what’s driving this current round of Benghazi-mania -- and every round that preceded it -- is the opportunistic bad-faith behavior of the Republicans and the inability of the White House press corps to focus on stories that actually matter.

Now let’s turn to Ron Fournier of the National Journal, who was very upset with the New York Times’ Paul Krugman for calling out the House Republicans who lied about the number of Obamacare enrollees who had paid their first month’s premiums.

Krugman wrote that “the fact that” lying of this sort “has become standard operating procedure for a major party bodes ill for America's future.” Fournier bristled, writing that Krugman “undermines his argument by leaving out important context: His friends at the White House skew the truth, too.”

“The GOP would have no excuse to release a biased survey had the White House bothered to conduct one of its own,” Fournier writes, righty noting that the administration has to date not released data showing how many enrollees have paid their premiums. But here’s the funny part about this: the GOP has ably demonstrated over the last few years that they don’t actually need an “excuse” to lie about the Affordable Care Act. Take the whole “death panel” obsession as an example: Can the White House be faulted for that because they didn’t say at the outset that no federal dollars would go toward euthanizing the elderly and infirm?

The suggestion that the White House gave them an excuse to lie on premium payments is frankly absurd. The Republicans made a deliberate attempt to put out misinformation – that’s on them, and only them.

Fournier also attempts to head off his critics by denying that he’s engaging in false equivalence: “I'm not arguing that GOP skewing is equal to the Democratic skewing. That would be stupid.” Then what exactly is the point? If one party is lying more and more significantly than the other party, then I say by all means call out that party. Krugman’s argument is that the Republican opposition to Obamacare is rooted in falsehoods that are intended to rile up their base headed into the midterm elections. That’s unquestionably true, and pointing out that Democrats have been caught in lesser untruths is not germane to that argument.

But Fournier’s argument is that criticism of just one side necessarily implies the purity of the other side. Therefore, the only way to be a True Pundit™ is to blame both sides whenever possible, even when doing so accomplishes nothing beyond smug self-satisfaction.