Why did this Jewish school teacher's union suddenly get ambushed? The answer has strange but familiar undertones 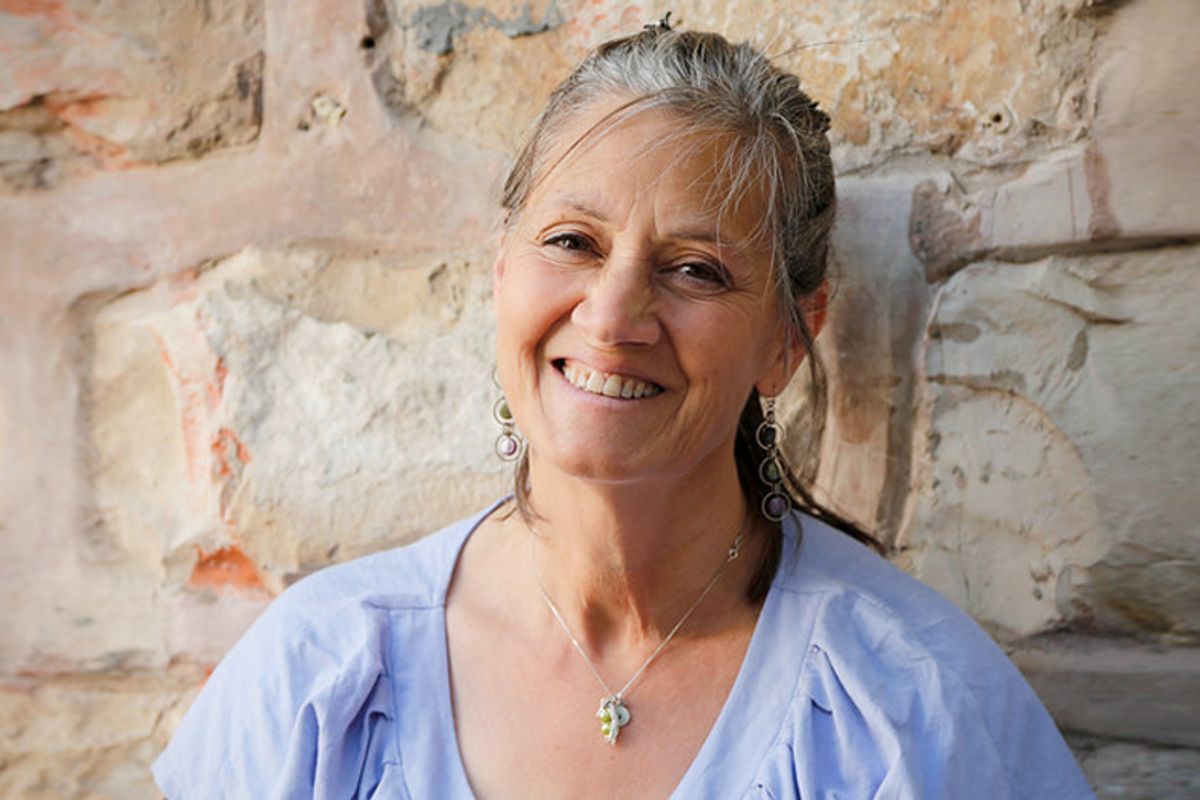 In a surprise late-night email to parents, a private Jewish elementary school outside Philadelphia announced in March that it had decided to unilaterally cease recognizing its decades-old teachers union. Perelman Jewish Day School Board President Tracey Specter wrote that the board had voted "to transition the management of our faculty from a union model governed by a collective bargaining agreement to an independent model guided by our school administrators under a new Faculty Handbook."

Under the New Deal National Labor Relations Act, workers who've won legal union recognition have the right to bargain collectively whether their boss wants to or not. But -- echoing recent controversy over religious exemptions from the Americans with Disabilities Act, the proposed Employment Non-Discrimination Act and Obamacare's contraception mandate -- Perelman argues that under a 1979 Supreme Court case, being a religious school exempts it from having to negotiate. The American Federation of Teachers disagrees, and has filed charges with the National Labor Relations Board.

“Our feeling was we need to continue to respect, [and] compensate well, our teachers, treat them fairly, show them how much they’re appreciated, how important they are to our school,” Perelman Board Vice President Aaron Freiwald told Salon. “But we also need to have the same flexibility to manage the faculty that every other accredited independent elementary school in Pennsylvania has.” He charged that a union representative, when approached last fall, “made it abundantly clear that there would be no negotiating with the union if tenure or seniority was on the table.”

Asked if there was anything in Jewish teaching or values in conflict with collective bargaining, or anything about the school’s Jewish nature or mission in conflict with collective bargaining, Freiwald answered, “No.” He argued the decision was mainly motivated by “the best interests of our children – and that is entirely and fully consistent with Jewish teachings.” He added that Perelman’s board was “not some distant alien entity – these are parents, supporters, donors, members of the Jewish community. To suggest that this is a pro-union or anti-union issue is false. To suggest that this is an issue of Jewish law is false. This is an issue of what is best for our children.”

“Do you have a guaranteed job no matter how matter how you perform?” asked Freiwald. “No matter how excellent or non-excellent you are in your job?”

Local AFT President and 38-year Perelman Jewish Studies teacher Lisa Richman countered that the school “did not do their homework” when it comes to teacher tenure. “I don’t think any of this has to do with religion,” she told Salon, “except that it so happens that we try to teach Jewish values as part of our mission, and they did not conduct themselves accordingly.” (Richman’s former students include this reporter’s sister). A condensed version of our interview with Richman follows.

When did you learn that Perelman would cease recognizing your union?

What was your reaction?

Shock, sadness, disappointment. I had started reaching out in my capacity as president of the union in the fall to set up a timeline for negotiations, because we are in the fourth year of a four-year contract... The head of their negotiating committee...said to wait until after the board meeting in March... At the beginning of March I sent him an email... He never responded to that...

Perelman cites the appeal of "a management structure that allows for a closer, more flexible and direct working relationship between our teachers and the school's administrators as the best way to serve our student-focused educational mission," and argues that "Removing tenure and seniority will provide administrators with greater flexibility in recruiting new teachers, managing assignments of teachers to appropriate classrooms, and retaining and recognizing excellent teachers."

On the communication, I don't think there's one Jewish organization [where people don't speak up]... Nobody has ever thought twice about going in to speak with an administrator about anything positive or negative. We've always been a collaborative school... We are constantly in touch with the administrators...

And as far as seniority and tenure, it turns out that even many of the board members did not read the contract. Because the contract outlines exactly what the procedure is for dismissing somebody who is deemed incompetent. For years, they have not observed teachers and followed their own guidelines. I've been here 38 years and I've been observed maybe three times, the first one of the three -- or four, maybe -- was my model lesson to get my job here in March of 1976... They did not do their homework -- it's as simple as that.

Do you see any tension between the protections in the union contract and what Perelman calls a "student-focused educational mission"?

Not at all. I think the union provides for respect of teachers and job security, so that we don't have to stop and think, you know, what if a child is not having a good day and goes and complains to an affluent parent, or an influential parent, who then says something to the principal? As this new handbook says, we can be dismissed without notice or cause or reason -- no reason has to be given.

So we don't want to live like that, and I think this is having the exact opposite effect.

Perelman argues that under Supreme Court precedent, "federal labor laws do not apply to religiously oriented schools." Why shouldn't that --

That's not totally true. We have charges that were filed at the [National Labor Relations Board], and they were citing a case that was not like our case. And [April 23] the NLRB decided another case in which they're showing that that's not the case.

Do you see any grounds in Jewish teaching for exemption from labor law, or for not bargaining collectively with teachers?

No. There's a teshuva [commentary on Jewish law] on this by Rabbi Jill Jacobs... Jews have been part of unions since their inception in this country. It was young Jewish female immigrants who worked in the Triangle Shirt[waist] Factory [where 146 workers died in a fire in 1911, spurring the growth of a garment workers union]...

Jews were always extremely supportive and part of unions.

Being a teacher of Jewish studies, what did you make of seeing the school citing its Jewish nature as grounds not to negotiate with workers any more?

I looked at this not just [as] a Jewish Studies teacher, but I've been here for 38 years, in a school that includes in its mission Jewish values and a moral education. And the fact that the board, made up of almost all non-educators, had these conversations [in secret]... The small group met with the board on that Monday evening and presented this, and they're saying that it was unanimous... I don't know if they had a quorum.

But as a Jewish Studies faculty member, and somebody who teaches Jewish values and tries to live by them daily -- 12 months a year, not just the five school days a week -- it hurts and it's disrespectful that they went and they made decisions for me without having the conversation.

Everything that they presented in their handbook is something that could have been negotiated -- and if so, why didn't they sit down with us?

...I wrote a letter to the board... They haven't responded to that. All I ask is that we sit down and talk about it. They brought up nothing that we could not have talked about. We may not have agreed in the end on some of them, or maybe there would have been room for compromise, but it just goes against all the Jewish values that we're trying to instill in our children -- in their children.

Are there any religious exceptions to labor or to employment law that you support?

I don't know what they would be -- I'm not familiar with them...

I think it needs to be case by case.

An activist parent told In These Times that the Perelman case, like the Hobby Lobby case over religious-based objections to the contraception mandate, to him smacked of "phony religion." Do you think that's a fair description or a fair connection to make?

I don't think any of this has to do with religion -- except that it so happens that we try to teach Jewish values as part of our mission, and they did not conduct themselves accordingly. But we're not using that as an argument...

They're not answering the real questions. And there are board members who have spoken to teachers and said, "Trust us. Just trust us." And we don't trust them. They --

I don't know what they're thinking. They haven't spoken to us.

If they're invoking religion, I think they're trying to steer it away from what it really is -- and it's their horrible behavior. They denied us union representation in a meeting that we had with them, where they were going to discuss [a teacher's] employment rights with her, [even though] they still also told us that they were going to honor our contract until it expired August 31... They're telling us "we're giving you an average 3 percent increase, which is more than you asked for." But we never asked them for anything because we never sat down. They're not answering those difficult questions.

If they're throwing the religion piece in, in my mind that is totally irrelevant.

Perelman also cites the example of other private Jewish schools that have become non-union. Why do you think we see this happening now in schools where teachers have had a union and had collective bargaining in the past?

One of the schools being cited, it happened 15, 20 years ago already. I think unions are being demonized in the country... I don't know why it's happening, but it's more than just schools... I think it's just a hard time for unions in general.

What difference has it made for you to have collective bargaining in your decades at Perelman?

Because I'm here all the time, I was able to accumulate the maximum amount of days in the sick bank -- so when I finally retire, I know that that would be a small sum of money [waiting]. There are a lot of things like that, that...provide me with job security and certain rights, so that if something happens, I know there's an address to turn to. There's not going to be a random or arbitrary decision made. And I just think it helps give a baseline for how we conduct ourselves...

[In the prior negotiations], we agreed to let them extend [the wait to become eligible for] tenure from three years to five years... We've made all kinds of concessions during the negotiation process...

Now, this pits teacher against teacher... We went from being a collective bargaining unit, where we could go and negotiate with the administration and the board to come up with something that's fair for everybody...to now individual contracts where everybody makes special deals... Somebody can make more, somebody can make less, and nobody can know...

It's having the exact opposite effect [of what] anybody would want here. People are afraid to go into other classrooms to talk to a teacher.