More proof we're in rapid decline: Not a single U.S. city currently ranks among the world's most livable 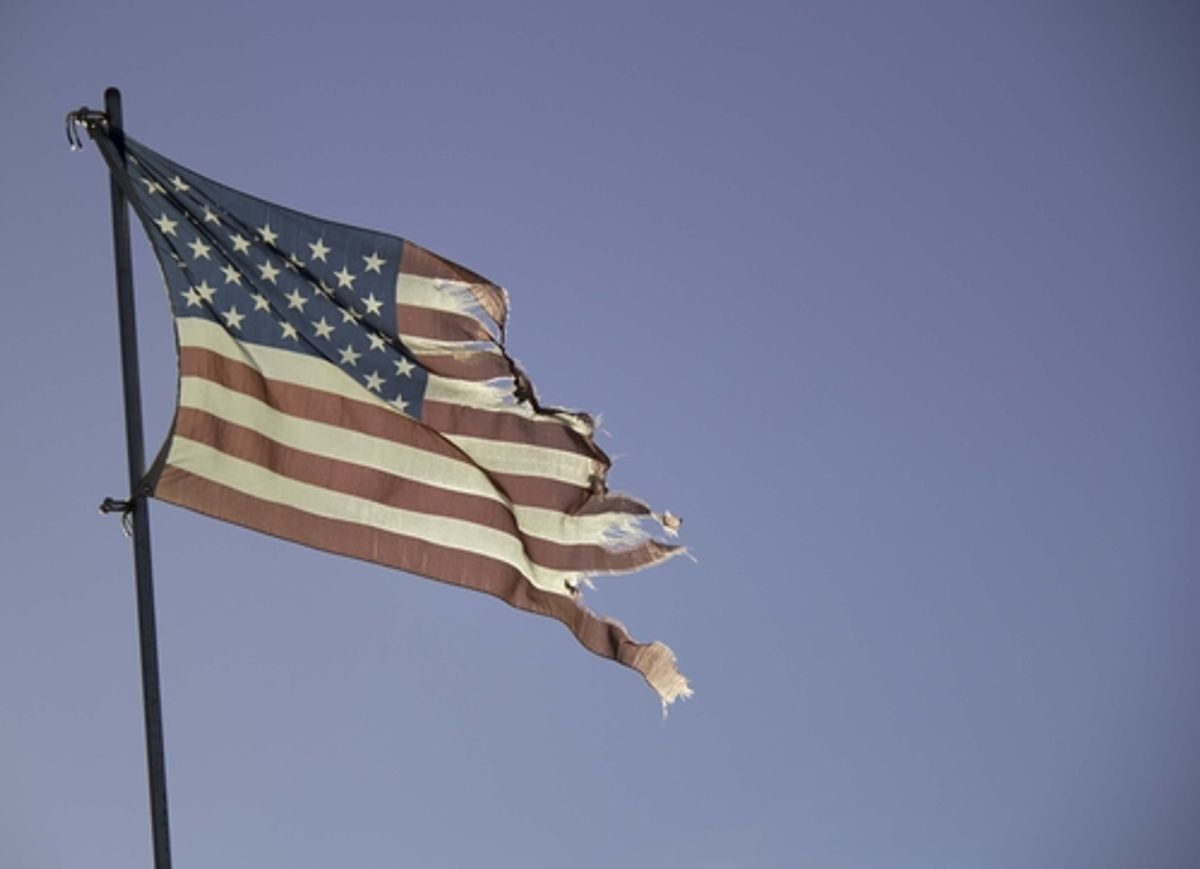 “The game is rigged,” writes Senator Elizabeth Warren in her new book A Fighting Chance. It’s rigged because the rich and their lobbyists have rigged the rules of the game to their favor. The rules are reflected in a tax code and bankruptcy laws that have seen the greatest transfer of wealth from the middle class to the rich in U.S. history.

America has the most billionaires in the world, but not a single U.S. city ranks among the world’s most livable cities. Not a single U.S. airport is among the top 100 airports in the world. Our bridges, road and rail are falling apart, and our middle class is being guttered out thanks to three decades of stagnant wages, while the top 1 percent enjoys 95 percent of all economic gains.

A rigged tax code and a bloated military budget are starving the federal and state governments of the revenue it needs to invest in infrastructure, which means today America looks increasingly like a second rate nation, and now new data shows America’s intellectual resources are also in decline.

For the past three decades, the Republican Party has waged a dangerous assault on the very idea of public education. Tax cuts for the rich have been balanced with spending cuts to education. During the New Deal era of the 1940s to 1970s, public schools were the great leveler of America. They were our great achievement. It was universal education for all, but today it’s education for those fortunate enough to be born into wealthy families or live in wealthy school districts. The right’s strategy of defunding public education leaves parents with the option of sending their kids to a for-profit school or a theological school that teaches kids our ancestors kept dinosaurs as pets.

“What kind of future society the defectors from the public school rolls envision I cannot say. However, having spent some time in the Democratic Republic of Congo—a war-torn hellhole with one of those much coveted limited central governments, and, not coincidentally, a country in which fewer than half the school-age population goes to public school—I can say with certainty that I don’t want to live there,” writes Chuck Thompson in Better off Without Em.

Comparisons with the Democratic Republic of Congo are not that far-fetched given the results of a recent report by Organization for Economic Co-operation and Development(OECD), which is the first comprehensive survey of the skills adults need to work in today’s world, in literacy, numeracy and technology proficiency. The results are terrifying. According to the report, 36 million American adults have low skills.

It gets worse. In two of the three categories tested, numeracy and technological proficiency, young Americans who are on the cusp of entering the workforce—ages 16 to 24—rank dead last, and is third from the bottom in numeracy for 16- to 65-year-olds.

The United States has a wide gap between its best performers and its worst performers. And it had the widest gap in scores between people with rich, educated parents and poor, undereducated parents, which is exactly what Third World countries look like, i.e. a highly educated super class at the top and a highly undereducated underclass at the bottom, with very little in the middle.

The report shows a relationship between inequalities in skills and inequality in income. “How literacy skills are distributed across a population also has significant implications on how economic and social outcomes are distributed within the society. If large proportions of adults have low reading and numeracy skills, introducing and disseminating productivity-improving technologies and work-organization practices can be hampered; that, in turn, will stall improvements in living standards,” write the authors of the report.

There is a defined correlation between literacy, numeracy and technology skills with jobs, rising wages and productivity, good health, and even civic participation and political engagement. Inequality of skills is closely correlated to inequality of income. In short, our education system is not meeting the demands of the new global environment, and the outlook is grim, given the Right’s solution is to further defund public education while ushering kids into private schools and Christian academies aka “segregation academies.”  The Republican-controlled South is where you see the Right’s education strategy in action. “Inspired by home-school superstars such as Creation Museum founder Ken Ham, tens of thousands of other southern families have fled their public-school systems in order to soak their children in the anti-intellectual sitz bath of religious denial.” In other words, we’re dumb and getting dumber.

While charter schools aren’t unique to the South, conservative states tend to respond most enthusiastically to their message, which makes Republican-controlled states ground zero for the further degradation of public education. The U.S. will likely continue to poll like countries like Indonesia and Tanzania, rather than Japan and Sweden when it comes to meeting the demands of a global economy.

Despite their hype and profits, study after study show that kids in charter schools perform no better on achievement tests than kids in public schools. But the correlation between a strong public education system and social mobility is demonstrated clearly in the OECD report. A 2006 report by Michael A. McDaniel of Virginia Commonwealth University showed that states with higher estimated collective IQ have greater gross state product, citizens with better health, more effective state governments, and less violent crime. In other words, were we to invest more in public education, we’d be instantly more intelligent, healthy, safe, and financially sound.

“The principal force for convergence [of wealth] — the diffusion of knowledge — is only partly natural and spontaneous. It also depends in large part on educational policies,” writes Thomas Piketty in his 700-page bestseller Capital in the Twenty-First Century. In other words, if we really want to reduce inequality, and if we really want to be a global leader in the 21st century, we need to invest more into our education system, which requires the federal government to ensure the rich and the mega-corporations pay their share. But we need to act now.