My personal Wal-Mart nightmare: You won't believe what life is like working there

The president's visiting my store Friday. He won't see how I sleep on my son's floor and eat potato chips for lunch 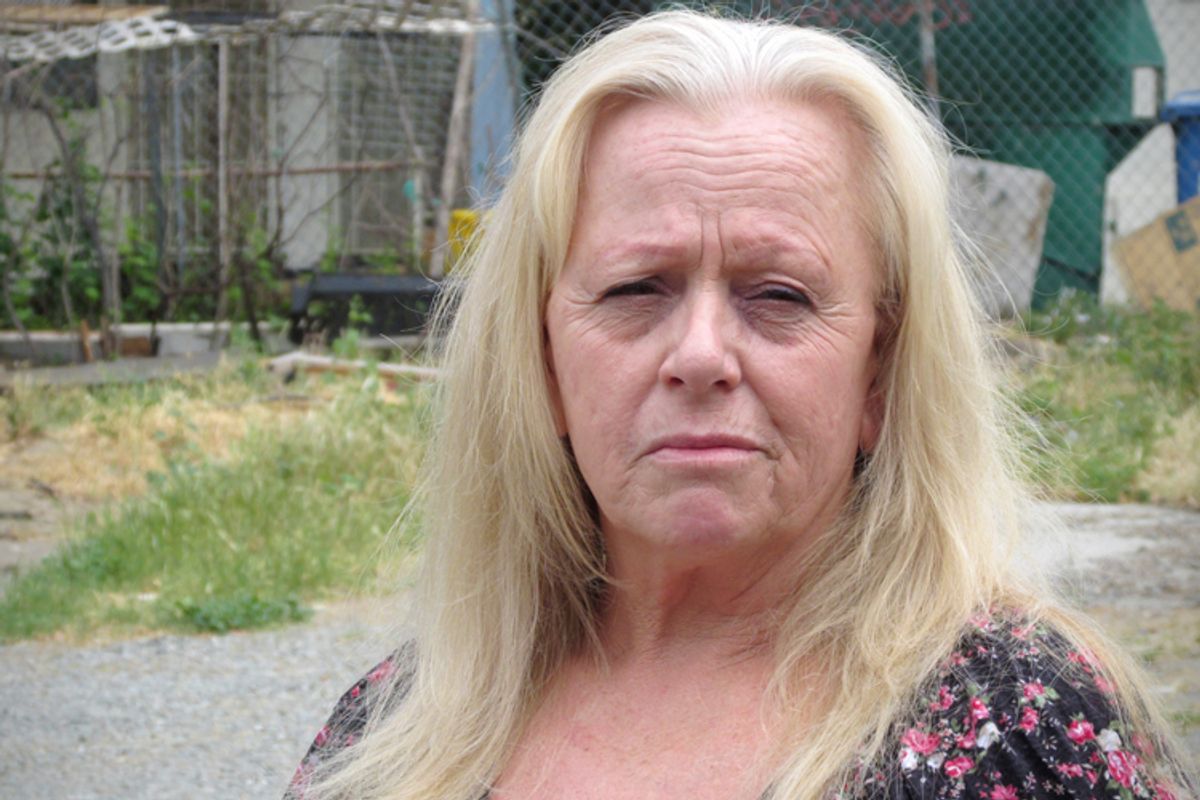 When I woke up to see the news, I could hardly believe it: President Obama is planning a visit to the Mountain View Wal-Mart where I work.

But the excitement quickly passed when I found out the store would be shutting down hours in advance of his visit. I wouldn’t be able to tell the president what it’s like to work at Wal-Mart and what it’s like to struggle on low wages, without the hours I need. I am living at the center of the income inequality that he speaks about so often, and I wanted to talk to him about how to change this problem.

My situation is not unlike that of many of the 825,000 Wal-Mart associates – and many other Americans – who are working hard, but just can’t keep up. Most of us aren’t even paid $25,000 a year even though we work at the largest employer in the country and one that makes $16 billion in profits.

Things have always been tight. After four years working at Wal-Mart in Mountain View, I am bringing home about $400 every two weeks (I'd like to get more hours, but I'm lucky if I work 32 hours a week). That’s not enough to pay for bills, gas and food.  All I can afford to eat for lunch is a cup of coffee and a bag of potato chips. I've always done everything possible to stretch paychecks and scrape by. Sometimes it means not getting enough to eat.

But then I got some bad news that made stretching my budget impossible.

Two months ago, I started feeling ill. My doctor told me I needed to take a week off to have a series of medical tests. Every day for a week I went to the hospital and had to pay $30, $60 or $100 in co-pays for each appointment, test and X-ray.

With these additional expenses and without a paycheck for the week I was out, it pushed me over the edge. I didn’t have enough money to pay the rent.

Right now, I don't have a place to call home.

I sleep on the floor of my son’s living room because I can’t afford my own place. All of my belongings are in my car. I don't know where to send my mail.

I used to think, "At least I have my health and my family." But my doctor thinks I may have colon cancer, and with all of the money I still owe the hospital, I’m not sure how to finish the tests and get treatment. Even though I do have insurance through Wal-Mart, the co-pays are more than I can afford with only $400 every two weeks.

I don’t wish the struggle I’m facing onto anyone. But sadly, my situation isn't unique. I know that I am one of many living in the Wal-Mart economy who has no financial stability. We expect to work until our deaths because we don’t have any retirement savings and are concerned about the future in front of our children and grandchildren.

There are so many of us who have it so hard – trying to live paycheck to paycheck. While the president is here visiting my store, I want him to look inside at what is really happening at Wal-Mart.

I want the president to help us and tell Wal-Mart to pay us enough to cover the bills and take care of our families. That doesn’t seem like too much to ask from such a profitable company, a company that sets the standard for jobs in this country. And I hope it’s not too much to ask from a president who believes that income inequality is the defining challenge of our time.

Pam Ramos has worked for four years at the Walmart in Mountain View, California. President Obama is visiting this Walmart on Friday. Ramos is also a member of OUR Walmart, the worker organization calling on Walmart to publicly commit to paying workers $25,000 a year, providing full-time work and ending illegal retaliation.