What everybody gets wrong about Alanis Morissette's "Ironic"

It actually *is* ironic, and here's why 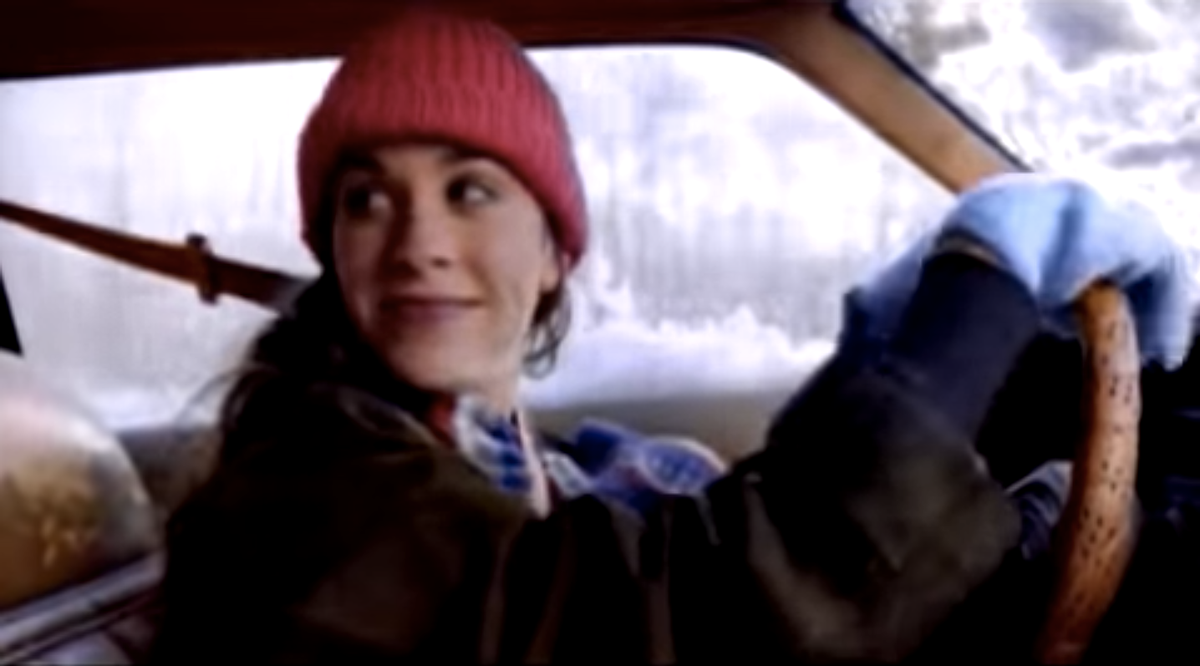 When I was in 8th grade, or maybe 9th, my English teacher was dedicated to teaching the class a list of “literary devices.” One of these devices was irony. I can’t remember what exactly her definition of the term was, but I’m pretty sure that it was close to how I would define sarcasm: the act of someone meaning the opposite of what they say. To test our understanding of this concept, my teacher gleefully gave the class copies of the lyrics to Alanis Morissette’s “Ironic,” which was not particularly new but still well known and beloved by us all. This process consisted of the reading going through the song, line by line, tasked with identifying which lines, if any were “truly” ironic.

Needless to say, this experience was a little traumatizing. I acknowledge that such tasks are particularly odious for me, since I have an incredibly difficult time identifying anything as “truly” anything, once I stop to think about it. (I once had a panic attack when a German university professor (!!) asked our poetics class to pick out the “real” poems from a list of impostors.) I take some solace, though, in the fact that I was not alone; I have spoken to both colleagues and students who underwent the same sort ofgradgrindian torment. Many of them also felt disillusioned by this attack on a popular cultural touchstone, but still more disturbing is the fact that many of them now have warped ideas of what “ironic” actually means. So today I am going to recuperate “Ironic” from the hands of the misunderstanding scholastics and defend the song as truly, madly, deeply ironic.

Before getting into the meaning of irony and how it applies to “Ironic,” I’m going to post the song’s lyrics in full. Feel free to read through them once more, and hum along.

Mr. Play It Safe was afraid to fly
He packed his suitcase and kissed his kids goodbye
He waited his whole damn life to take that flight
And as the plane crashed down he thought
“Well isn’t this nice…”
And isn’t it ironic… don’t you think

A traffic jam when you’re already late
A no-smoking sign on your cigarette break
It’s like ten thousand spoons when all you need is a knife
It’s meeting the man of my dreams
And then meeting his beautiful wife
And isn’t it ironic…don’t you think
A little too ironic…and, yeah, I really do think…

First, let’s get this out of the way: calling Alanis Morissette’s lyrics unironic is wrong. From “irony” in the Oxford English Dictionary:

3. A state of affairs or an event that seems deliberately contrary to what was or might be expected; an outcome cruelly, humorously, or strangely at odds with assumptions or expectations.

This accurately and uncontroversially describes almost all of the song’s situations. For everyone I know, rain on one’s wedding day would indeed be cruelly, humorously, and strangely at odds with expectations. This sort of irony is usually called “situational irony,” and while I’m usually opposed to breaking irony apart into discrete kinds, the phrase works pretty well here to describe the many ironic examples that Alanis describes. Both that 98-year-old-man and Mr. Play-it-Safe possess fates that are truly ironic; they struggle to create a meaningful narrative in the face of a world that thwarts their intentions. The only moment in the song that doesn’t easily fit into this definition of irony is one of the last, with the “man of my dreams” and “his beautiful wife.” There is certainly a contrast there, but it doesn’t seem to be one of expectations; I’ll get to that later. In general, though, the song evokes the disparity of meaning that comes from the difference of expectation and actuality. Just because no one is being sarcastic doesn’t mean the song isn’t ironic.

But let’s not stop there. The more I think about it, the more I am convinced that in writing this Alanis has a much deeper, more radical, and philosophical concept of irony. It seems to me that Ms. Morissette is remarkably well versed in the theories of irony from Erasmus to Paul de Man; if she hasn’t read their works herself, then she has certainly internalized much of the theory of irony not only as a trope but as a question of philosophy.

Take, for example: “It’s the good advice that you just didn’t take.” This is the vaguest line in the song, and it seems to pose a challenge to the ironist. Presumably the situational irony here is that the listener didn’t expect the advice to apply, whereas it did indeed. But why didn’t “you” take the advice? It’s possible that you thought the advice-giver was being ironic, and didn’t intend for you to heed the advice. Or you simply thought that the advice wasn’t “good” when it was; either way you don’t take it “seriously.” In fact that word, “seriously,” haunts the end of the lyric; the irony here is one of (mis)interpretation. Paul de Man addresses this difficulty of interpretation in his essay “The Concept of Irony” (not to be confused with Kierkegaard’s book of the same name): “what is at stake in irony is the possibility of understanding, the possibility of reading, the readability of texts, the possibility of deciding on A meaning or on a multiple set of meanings or on a controlled polysemy of meanings.” Doesn’t Alanis provide the perfect example of living in a world where we’re unsure of what to take seriously, and what not to? And who, really, would have thought it figures?

A more global question: what is “Ironic” really about, anyway? I turn to the bridge/outro: “Life has a funny way of sneaking up on you / Life has a funny, funny way of helping you out” What is she talking about here? How is life helping her out? It seems to me that this song, like so many songs on Jagged Little Pill, is describing the wistful emotional reflection that a Gen-Xer feels when distanced from her own life experience. Think Daria, think Reality Bites. It’s telling that the music video features three Alanises taking a road trip: Alanis sees herself from the outside. A friend once described this popular 1990s attitude as “the meaningfulness of meaninglessness.“ Come to think of it, that describes the poetry of T.S. Eliot pretty well too.

Or, put another way, Alanis is describing the affect of Kierkegaardian irony. From the philosopher’s book The Concept of Irony:

In irony, the subject is negatively free, since the actuality that is supposed to give the subject content is not there. He is free from the constraint in which the given actuality holds the subject, but he is negatively free and as such is suspended, because there is nothing that holds him. But this very freedom, this suspension, gives the ironist a certain enthusiasm, because he becomes intoxicated, so to speak, in the infinity of possibilities…

Does this quote not perfectly describe the emotional content of “Ironic”? The situations in the song simultaneously create a feeling of freedom and one of alienation; we are free to laugh at the irony of the world, but we are unable to experience its meaning unironically. I most strongly identify with this emotion (and song) when I’m hung over.

To conclude I want to return to the troubling final example in the song, the man of Alanis’s dreams and his beautiful wife. There is a yearning here, as well as its negation or deferral, but how is it ironic? Well, in his 1828 book The Philosophy of Life and of Language, Friedrich Schlegel connects irony and love:

True irony—for there also is a false one—is the irony of love. It arises out of the feeling of finiteness and one’s own limitation, and out of the apparent contradiction between this feeling and the idea of infinity which is involved in all true love.

I don’t even want to think about false irony, and to be honest I’m not 100% sure what this quote (or book) really means, but I can tell that Alanis knows. Elsewhere Schlegel describes irony as the effect of a ‘finite being striving to comprehend an infinite reality.’ This is the feeling that “Ironic” both describes and evokes when I try to interpret it.