"Why is that not murder?" Wrongfully convicted ex-inmate details real death penalty scandal 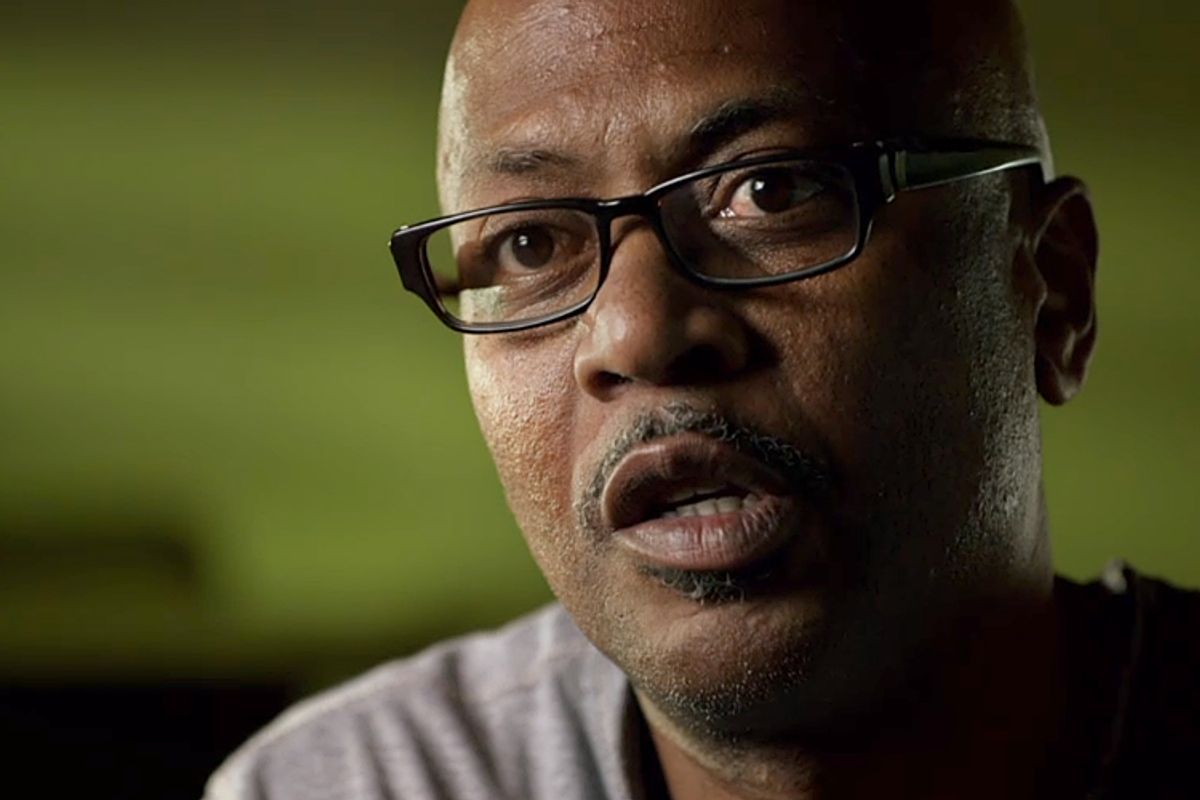 After 14 years on death row and seven scheduled execution dates, John Thompson was exonerated and set free a decade ago after private investigators uncovered evidence that prosecutors had illegally withheld exculpatory evidence. Thompson then sued ex-Orleans Parish District Attorney Harry Connick Sr., and won a $14 million civil rights judgment, only to have it overturned in a 5-4 Supreme Court decision in 2011. While Justice Ginsburg wrote in her dissent that Thompson had “demonstrated that no fewer than five prosecutors … disregarded his Brady rights,” and “did so despite multiple opportunities, spanning nearly two decades, to set the record straight,” Justice Thomas wrote in his majority opinion (slammed by Slate’s Dahlia Lithwick as “pitiless and scornful”) that the question at hand was “whether a municipality is liable for a single Brady violation by one of its prosecutors.”

The message to prosecutors, Thompson told Salon, was, “You can go to the extremes to kill an innocent man, without consequences.” Thompson questioned the focus on Oklahoma’s “botched” execution rather than on the “torture” inherent in executing people; argued that prosecutorial misconduct is a form of premeditated murder; and dismissed Obama’s suggestion the death penalty is defensible for “mass killings” or “killings of children.”

“Stop dropping bombs on other fucking nations, if that’s how you feel,” countered Thompson, now the director of the nonprofit Resurrection After Exoneration. A condensed and edited version of our conversation follows.

The attempted execution of Clayton Lockett – what went through your mind when you read the accounts of that?

That’s old news … We had botched executions in Louisiana. We’ve been here …

It’s torture sitting there watching a man get killed, and knowing you might get killed for something you didn’t do, too. That’s torture.

Rick Perry, the governor of Texas, on "Meet the Press" said, “I’m confident that the way that executions are taken care of in the state of Texas are appropriate and humane.” Is that possible?

You’ve got to ask yourself, is [the reason] why he says that because he knows if he gets it wrong, there’s nothing attached to it? There’s no strings attached: “I could kill an innocent, and if they find out about it, so what? ... It becomes beneficial to me to seek the death penalty for career reasons, for political career reasons, and then I pursue and catch and kill an innocent man.”

For him to make that kind of statement -- with that many death row exonerees, still without consequences for sending innocent people to jail, not even a way of rectifying or seeing what had happened …

To seek the death penalty, that’s premeditated … To get the jury to kill you, what I’ve got to do is create a monster to these juries. And so if I’m trying to kill an innocent man, and I’m creating to this jury a vision of this man that is not true, and I get the death penalty, and we kill that man -- only to find out that that man was innocent, and then to find that [the prosecution] had exculpatory information it should have turned over -- why is that not murder? Or why is that not attempted murder? Why is that not premeditated murder? Why is that not falling under the criminal statute?

... It’s crazy to me: We have rules that you cannot pay anyone anything of value for their testimony, but we cut deals. We get one person to testify against another person, to kill them … that’s crazy. Off a phone call, you could kill me … Just because somebody called in and said I did it. And you will throw away the physical evidence. But then you’re going to say, “Hmm, well that’s all right. You don’t need to be held accountable.” The Supreme Court even said, “So what.” It’s acceptable for them to kill us. It’s acceptable for them to lock us up and throw away the key. Until we put accountability right there …that’s slavery …

We’ve got more fucking prisons than we ever had slaves …

We’ve got evidence that this can happen, and it can to continue to happen. So for them to say they don’t have nothing in place that’s going to stop this behavior – but you’re going to say that the death penalty will stop people from killing. Fuck, you ain’t trying to stop them from [killing]. You’re giving them license to do it, if you’re going to allow them to try to kill an innocent man, and not have a [accountability] system set up …

It’s got to be attempted murder, right? … How does the law apply – is there exception to the rules when it comes to DAs?

… We’re trusting you to uphold the law. But now, when you become that person that seeks to kill an innocent man, you’re trying to murder somebody …  If that man dies … what’s the difference [between] that mother losing her child, and that other person who lost their child?

President Obama said, “There are certain circumstances in which a crime is so terrible that the application of the death penalty may be appropriate – mass killings, the killings of children.” What do you make of that argument?

Stop dropping bombs on other fucking nations, if that’s how you feel. Simple. That ain’t no hard question. You can’t make a statement like that when you’re doing shit like that …

The study that came out last month suggesting that at least 4 percent of inmates sentenced to death are likely innocent – should that study have come as a surprise?

But think about that – goddamn, that’s an incredible number. Now we’re still saying, with that number, we still want to kill?

Your conviction and your exoneration – what do those reveal about the death penalty in the United States?

You can go to the extremes to kill an innocent man, without consequences. He convicted me of two different crimes that he knew I didn’t commit. He physically threw the evidence away … You could do all of that, and you could totally get away with all of that – wow.

And the Supreme Court saying … “Continue the good work, because we’re not going to punish you.” Ten years after the time, no offices nowhere around the country have anything set up to make sure that this doesn’t happen to someone else.

[Imagine] you’re out of college, you just come and get your first job, and you might see [your boss, the district attorney] doing all this crazy stuff … [The DA] might tell you, “Just pay attention, this is how we do it here” … [In absence of a complaint bureau], what is there for you to do because you don’t want to be a part of this? ... Who are you going to go tell? ... What do you think is going to happen to you?

Nine out of 10, what’s going to happen? You’re going to adapt to it.