Do trolls belong in jail? 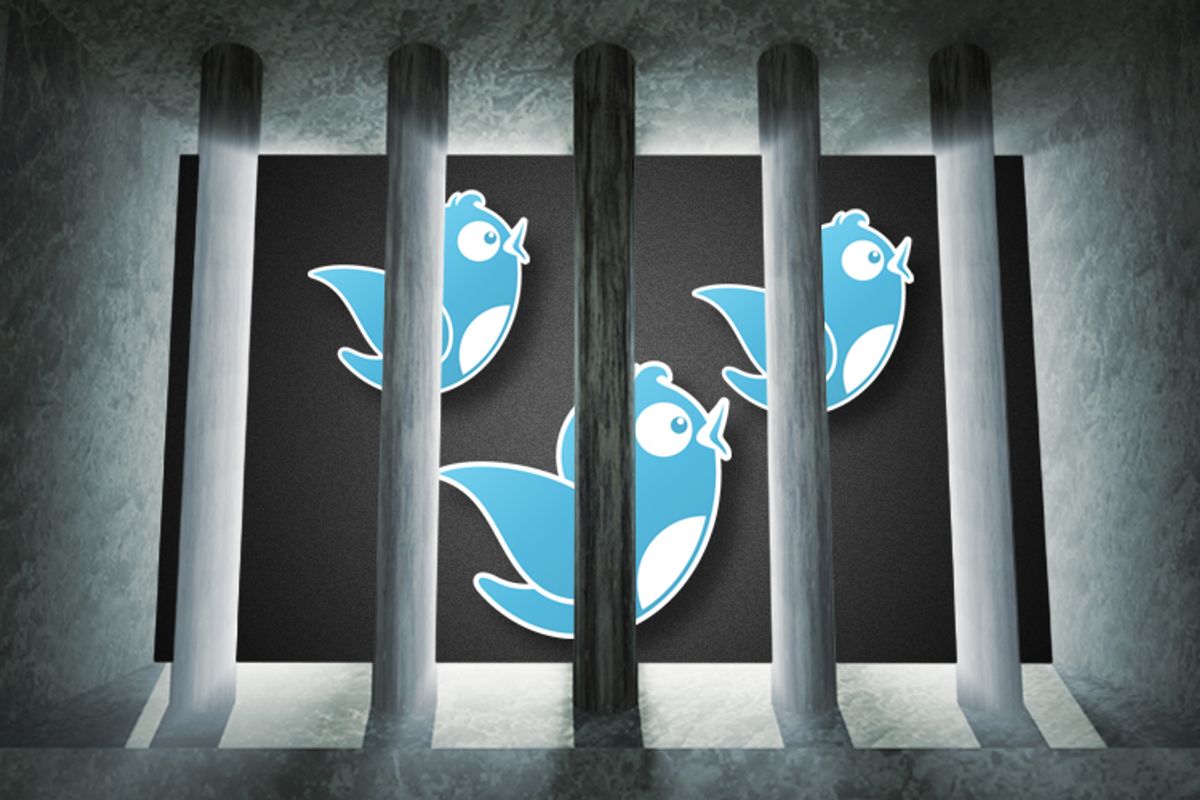 Robert Riley is a horrible, horrible troll. After a 61 year-old schoolteacher in Leeds was stabbed to death last month, Riley took to Twitter to declare he'd have gladly killed "all the bastard teachers." For good measure, he posted photos of Auschwitz calling it a "health spa" and opined that Muslim babies should be drowned. Does a guy like that need to shut the hell up? Absolutely. But should he now be headed to jail for eight weeks? Because he is.

If you spend any time online, you're familiar with the trolls. Even if you've never had one directly celebrate a death in your family or tell you why you ought to be raped, you've probably seen the type around. Having been exposed to enough of them in my time – if you're a female and you express opinions you're pretty much guaranteed a fairly steady torrent of abuse – I know how upsetting, stomach-turning and occasionally downright frightening they can be. I also strongly believe, because I've seen enough of this thing in action, that a significant percentage of this behavior seems to be perpetrated by individuals who are not entirely accountable for their actions. It doesn't make me sympathetic to them, but it does influence how I tread around them. And I know that the reasons behind their behavior can be varied.

In 2011, for example, 25 year-old British man Sean Duffy was jailed after posting abuse on Facebook tribute pages and creating YouTube videos mocking the deaths of a number of teens he didn't know. At the sentencing, the judge noted he'd caused "untold distress to already grieving friends and family." But during the trial, "the court heard that Duffy has Asperger's syndrome and lived a 'miserable existence' drinking alcohol alone at his home in Reading." Last summer, after a successful push to get Jane Austen on British currency, Week Woman blog cofounder Caroline Criado-Perez found herself on the receiving end of posts warning, "I will find you" and "I'm gonna rape you, be very afraid." Two individuals, Isabella Sorley, 23, and John Nimmo, 25, were later jailed. Sky News reported at the time that Sorely had "25 previous convictions, mostly for being drunk and disorderly" and claimed to have been "under the influence of alcohol" at the time of the abusive tweets.

Simply put, trolls tend to be a different breed. A study from the University of Manitoba this past winter found "correlations, sometimes quite significant," between internet trolls and "Machiavellianism (willingness to manipulate and deceive others), narcissism (egotism and self-obsession), psychopathy (the lack of remorse and empathy), and sadism (pleasure in the suffering of others)." And then there's Robert Riley, a man who has "pleaded guilty to sending a grossly offensive message via a public communications network" and was described at his sentencing as having "complete disregard" for the tragedy he so cavalierly mocked. He is also, according to news reports, unemployed and a former heroin addict.

Of course there need to be consequences for posting threats and abuse. But that has to mean more than throwing the culprits in jail for a few weeks, or restricting their online access. There has to be an understanding from law enforcement that there may often be mental health or substance abuse issues going on. And there definitely needs to be tighter management and stronger discipline at the level of the social networks themselves, so unacceptable behavior doesn’t necessarily have to involve the legal system. Work on better filters and controls so the audience has less exposure to the trolls, and the trolls have a less rewarding experience. I don't want to hamper non-abusive speech even if it's offensive. I would however be delighted to live in a world where the standard response to genuinely sick, disturbing stuff isn't, "If you find Twitter offensive, leave it." It's the trolls who have to leave. But the uneasy question remains, where then do they go?