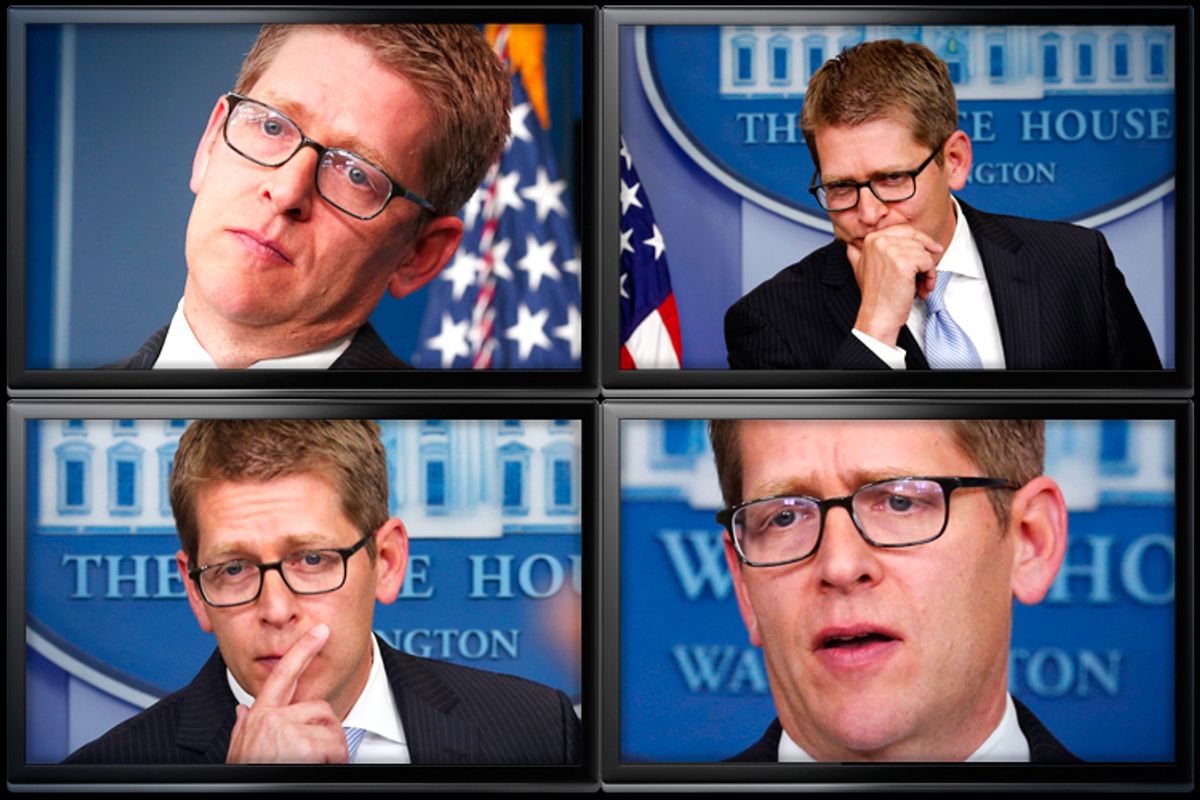 Like many others, I have for some time believed that executive branch staffers workshopping talking points in the midst of a diplomatic crisis two years ago does not constitute the need for an open-ended special investigative House committee that could stretch on another two years.

My admittedly imperfect political sense led me to judge that John Boehner's decision to set it up stems from the need on the right-wing to: (a) reach some sort of perfunctory face-saving conclusion stemming from this 2012 election year issue, because otherwise would involve admitting that two years have been wasted; (b) gin up the base ahead of the 2014 midterm elections; and (c) tarnish the State Department tenure of probable 2016 Democratic presidential candidate Hillary Clinton. Regarding that third point, incoming committee chairman Rep. Trey Gowdy suggested recently that it might take his committee well into the 2016 election season to finish parsing some emails from September 2012.

Even-minded people can agree that this represents something of a tell.

But in a piece this morning, National Journal's James Oliphant suggests something more nefarious in various left-of-center pundits' determination that the Benghazi scandal doesn't live up to its reputation.

When Jay Carney was grilled at length by Jonathan Karl of ABC News over an email outlining administration talking points in the wake of the 2012 Benghazi attack, it was not, by the reckoning of many observers, the White House press secretary's finest hour. Carney was alternately defensive and dismissive, arguably fueling a bonfire he was trying to tamp down.

But Carney needn't have worried. He had plenty of backup.

He had The New Republic's Brian Beutler dismissing Benghazi as "nonsense." He had Slate's David Weigel, along with The Washington Post's Plum Line blog, debunking any claim that the new email was a "smoking gun." Media Matters for America labeled Benghazi a "hoax." Salon wrote that the GOP had a "demented Benghazi disease." Daily Kos featured the headline: "Here's Why the GOP Is Fired Up About Benghazi—and Here's Why They're Wrong." The Huffington Post offered "Three Reasons Why Reviving Benghazi Is Stupid—for the GOP."

Much like these writers (including the decidedly not-liberal Dave Weigel) determined that the latest cache of disclosed Benghazi emails did not constitute the "smoking gun" that the Benghazi hypers had been alleging, Oliphant's hazily argued piece does not provide anything close to a "smoking gun" of what he appears to be suggesting: that progressive "bloggers" write what they write in order to protect the White House that festoons them with access and feeds them talking points -- a practice that is now supposedly easier and more widespread because something something the age of social media something whatever.

The new landscape has allowed the White House communications shop to do what it does best: Figure out new ways to bypass the mainstream media. It holds off-the-record briefings, sometimes with Obama in the room, for select progressive bloggers from outlets such as TPM and ThinkProgress. (More than once, a National Journalreporter who previously worked at a liberal outlet has been invited as well.)

The outreach to progressive bloggers is part of a multipronged White House media strategy that also involves briefings with the likes of bureau chiefs, prominent columnists, even conservative writers such as Byron York and David Brooks, although certainly with each group, the mileage varies.

As Weigel writes in his response to Oliphant, "There's definitely an interesting, reported piece to be written about how the White House reaches out to opinion writers, or bloggers, or liberal-leaning reporters. This isn't that piece." If Oliphant really wanted to do a "fresh take," he could have, I don't know, cross-checked "blogger" visits from White House logs with White House talking points and what that "blogger" wrote that day, and seen if it was a change in tune from what a "blogger" would normally write (from his parents' basement, in his pajamas, sippin' Mountain Dew, etc.) He could probably have found something! And then we'd all call that person a hack and blacklist them and it would be fun.

The most absolutely positively delightful quote in Oliphant's piece comes from a "former liberal blogger" who, in keeping with the traditional journalistic standards that National Journal seeks to protect, is granted anonymity:

(The most funny way to read this, which is the only way I can read it, is in the voice of a corporate whistleblower being interviewed on Frontline, voice altered, cloaked in shadows, chain-smoking, looking side-to-side nervously: This whole reality is a fiction, right?... the name of the game is clicks... *snap* *snap* *snap*... one, two, three, boom, just like that -- clicks... the clicks, man, follow the clicks... the clicks lead to the very top levels of American government... the clicks are probably watching us right now... were you trailed by any clicks on the way here? CAN YOU BE SURE??)

This "former liberal blogger" has indeed revealed a very dark, secret truth about online news organizations: clicks are important! But to assume that clicks can only be secured solely through White House water-carrying is inaccurate.

Consider the Salon piece that Oliphant name checks in his paragraph of left-leaning Benghazi dismissers, authored by Heather Digby Parton. Digby does not think much of the Grand Benghazi Scandal/Watergate 2.0, it's true. As those who are familiar with her lengthy political writing history know, however, she also doesn't think much of the White House's various attempts to secure "grand bargains" with Republicans on the deficit by offering cuts to major social insurance programs. These posts trashing the White House got Digby "the clicks," too. (Along with some fancy awards!)

Digby, and others, have been earning their dirty clicks by writing about various other awful Obama White House issues, too -- the ugly deals it cut with insurance and pharmaceutical companies during the drafting of the Affordable Care Act, the surveillance state, the overseas drone-killing program, the way it managed the 2011 debt ceiling crisis, intervention in Libya, and everything involving Tim Geithner's tenure as Treasury secretary, to name a handful. It's unlikely that the White House disseminated talking points shitting on the White House in these cases.

Let's operate here on good faith and suggest that James Oliphant thought he had an interesting piece to write and we're contributing a response, in good faith, to the conversation. There are more cynical motives to ascribe here -- that the House of Fournier is trolling for clicks. In the first case, let's say we hope that Oliphant considers some of what we've said here. In the latter, well, here you go, Ron Fournier! Click, everyone. Click click click, give him all the clicks he wants. Click. Click. You are not clicking fast enough. Natty Journal needs a new pair of shoes!

(PS: FWIW Jay Carney has never invited me to the White House or given me talking points or pushback, mostly because I'm unimportant, and I'd probably print whatever screaming email he sent because I like to burn bridges.)