Ever hear of Bryan Caplan? Here's why he could turn out to be one of the most significant thinkers of our time 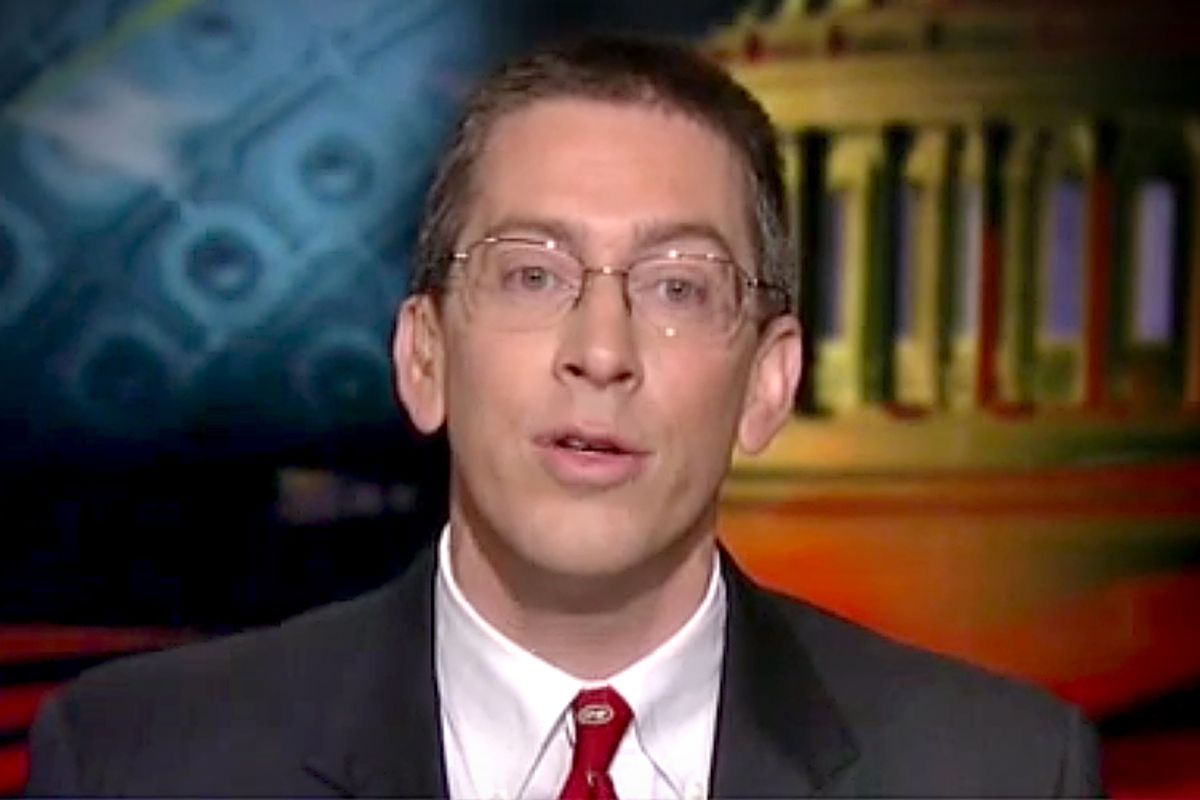 In the last few years, social science has provided documentation for what has long been obvious to informed observers: the degeneration of American and Western democracy into a species of plutocracy. In his bestselling "Capital in the Twenty-First Century," Thomas Piketty has documented the decline and rise of inequality and the prospect of a return to “patrimonial capitalism,” or political and social domination by possessors of great wealth. At the same time, scholars like Martin Gilens, Benjamin Page, Larry Bartels and Jason Seawright have demonstrated that U.S. public policy tends to reflect the preferences of the rich, even when these contradict the preferences of most Americans.

Some on the libertarian right have responded to this research by welcoming our new plutocratic overlords. Among these is Bryan Caplan, professor of economics at George Mason University and blogger for EconLog. Even though I disagree with him, Caplan may turn out to be one of the most significant thinkers of our time.

My evidence for this bold claim is a 2012 review by Caplan of a book by Martin Gilens entitled "Affluence and Influence: Economic Inequality and Political Power in America." In a follow-up paper, Gilens and co-author Benjamin Page recently provided further evidence that American politicians respond more to the preferences of the rich than to those of most voters when the two sets of preferences conflict.

In his original review of "Affluence and Influence," entitled “Why Is Democracy Tolerable?” Caplan greeted the findings by Gilens with a sigh of relief. Caplan wrote:

According to Caplan, Gilens had unwittingly provided the answer to the question of why democracies like the U.S. were more libertarian than one would expect, given the “national socialist” leanings of the American people:

Gilens compiles a massive data set of public opinion surveys and subsequent policy outcomes, and reaches a shocking conclusion: Democracy has a strong tendency to simply supply the policies favored by the rich. When the poor, the middle class, and the rich disagree, American democracy largely ignores the poor and the middle class.

Caplan thinks this is a good thing.

In contrast, I find Gilens' results not only intellectually satisfying, but hopeful. If his results hold up, we know another important reason why policy is less statist than expected: Democracies listen to the relatively libertarian rich far more than they listen to the absolutely statist non-rich. And since I think that statist policy preferences rest on a long list of empirical and normative mistakes, my sincere reaction is to say, "Thank goodness." Democracy as we know it is bad enough. Democracy that really listened to all the people would be an authoritarian nightmare.

You might be tempted to dismiss Bryan Caplan as just another Koch-funded libertarian hack. But I think he may well be the next great libertarian philosopher. Caplanism may represent the future of that near-oxymoron, libertarian thought.

For most of its post-1945 history, libertarianism has lacked thinkers of its own, and its intellectual deficit frequently has been filled by government-hating businessmen with third-rate minds like Peter Thiel, the fatuous crackpot who founded PayPal, and the appallingly dumb Leonard Read. For a while it looked as though libertarianism had found its Locke or Marx in the late Robert Nozick, following the 1974 publication of "Anarchy, State and Utopia." But in the 1980s Nozick repudiated his own work: “The libertarian position I once propounded now seems to me seriously inadequate…. There are some things we choose to do together through government in solemn marking of our human solidarity, served by the fact that we do them together in this official fashion [democracy].”

Can Caplan fill the philosophical void left by Nozick’s defection from libertarianism? I think he can. In what follows I will make the case for what might be called Caplanism, recognizing that Caplan himself might not be consistent enough to follow the logic of his own thinking to its conclusions. (Marx claimed he was not a Marxist).

The great contribution of Caplanism to libertarian thought and argument is the observation that democracy, if sufficiently corrupted by the rich, might — just might — be tolerable. Let us call this equivalent of Kant’s Categorical Imperative or the Maximin Principle of John Rawls Caplan’s Tolerability Principle.

That libertarianism is incompatible with democracy is an empirical observation on which libertarians can agree with progressives, centrists and non-libertarian conservatives. After all, in every modern democracy, including the U.S., government tends to account for somewhere between 35 and 50 percent of GDP on such “national socialism” (to use Caplan’s terms) as universal health care, minimum public pensions and public education. As I pointed out some time ago in Salon, there are no libertarian countries.

The honest libertarians do not hold out hope that the voting masses in democracies can be persuaded to adopt libertarianism at some point in the future. Instead, they admit that libertarianism is incompatible with democracy — and propose to jettison democracy for alternatives.

One perennial alternative is the libertarian microstate, which secedes from the statist society all around it to create a tiny libertarian paradise. This vision has repeatedly failed when put to the test. For example, in the 1970s Operation Atlantis, a concrete boat built by a rich fan of Ayn Rand named Werner Stiefel, sank in a hurricane, and the real-estate tycoon Michael Oliver’s Republic of Minerva — some sand dumped on some coral reefs — was invaded and seized by the island state of Tonga in 1972.

Most recently the microstate alternative to nation–state democracy has been promoted by the economist Milton Friedman’s grandson Patri Friedman, who has been boosting “seasteads,” that is, offshore gated communities for the rich and antisocial. Friedman made the anti-democratic nature of his project explicit in a 2009 manifesto for the Cato Institute’s blog:

Democracy is the current industry standard political system, but unfortunately it is ill-suited for a libertarian state. It has substantial systemic flaws, which are well-covered elsewhere, and it poses major problems specifically for libertarians… 1) Most people are not by nature libertarians… 2) Democracy is rigged against libertarians.

A supporter of Friedman’s project, Peter Thiel, agreed and added that a major problem with modern democracy is that women and the poor are allowed to vote:

Since 1920, the vast increase in welfare beneficiaries and the extension of the franchise to women — two constituencies that are notoriously tough for libertarians — have rendered the notion of ‘capitalist democracy’ into an oxymoron.

In addition to the libertarian microstate, another alternative for libertarians disgusted with democracy is a dictatorship that protects the rich and their property from the people. In 1927 Ludwig von Mises praised Mussolini:

It cannot be denied that Fascism and similar movements aimed at the establishment of dictatorships are full of the best intentions and that their intervention has for the moment saved European civilization. The merit that Fascism has thereby won for itself will live on eternally in history.

The other founder of libertarian Austrian economics, Friedrich von Hayek, admired the military dictator Augusto Pinochet, a mass murderer who overthrew democracy in Chile and followed the policy prescriptions of the libertarian Chicago School of Economics. Hayek told a Chilean interviewer: “My personal preference leans toward a liberal [i.e., libertarian] dictatorship rather than toward a democratic government devoid of liberalism [libertarianism].”

Caplan’s Tolerability Principle is an important contribution to the admittedly meager body of libertarian political thought, because it allows libertarians to qualify their rejection of democracy — even as it allows them to continue to favor “libertarian” dictatorships over non-libertarian democracies. If in the spirit of Caplanism we divide regimes into democracies and autocracies, and further divide each category into “tolerable” and “intolerable” versions, then we get four kinds of regimes:

Tolerable democracies, in which public policy responds to the preferences of the rich, rather than the majority;

Tolerable autocracies, in which public policy responds to the preferences of the rich, rather than other groups;

Intolerable democracies, in which public policy reflects the preferences of the majority, rather than the rich;

Intolerable autocracies, in which public policy reflects the preferences of groups other than the rich.

You can see why I think that Caplanism represents a great philosophical breakthrough for the Koch-subsidized intelligentsia of the libertarian right. Caplanism allows libertarians to embrace both Pinochet’s Chile and the United States, without contradiction, on the grounds that in both Pinochet’s Chile and today’s United States the preferences of the rich have trumped those of the majority.

Caplanism also frees libertarian scholars like Caplan himself from being embarrassed about the fact that almost all of them are paid, directly or indirectly, by a handful of angry, arrogant rich guys who fund anti-government propaganda because they think they are overtaxed. Caplanism allows the subsidized libertarian intelligentsia to declare, “Yes, we are indeed spokesmen for plutocracy — and a good thing, too, because a plutocratic democracy is the only kind of democracy worth having!”

For all of these reasons, I believe that Bryan Caplan deserves to be studied as one of the most representative thinkers of our money-dominated era. Our squalid age of plutocratic democracy has found a thinker worthy of it.