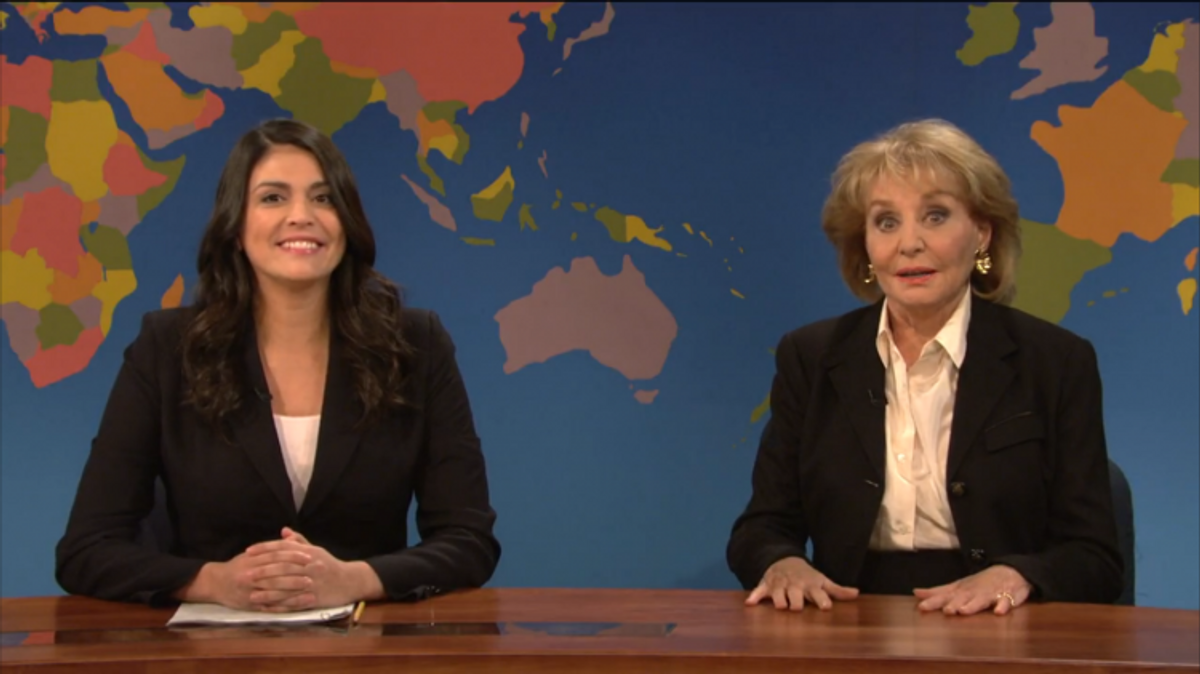 After half-a-century, Barbara Walters is leaving the spotlight and retiring from television — but not before stopping by "Saturday Night Live" to share with America some tips on how TV journalism should be done.

Following a brief montage of "SNL" impressions of Walters through the years, the soon-to-be former co-host of "The View" said, sarcastically, "What an honor it was to see my ground-breaking career in journalism reduced to a cartoon character with a ridiculous voice."

"I'm sorry — you know, we're huge fans, and you've always been a personal inspiration to me, as a news anchor," Weekend Update co-anchor Cecily Strong responded.

"Well, but, I'm a real news anchor. Cecily, I'm a serious person," Walters said, before dropping the argument once Strong reminded her that she was, currently, working on "The View."

Strong then asked Walters if she had any tips for achieving the kind of success that's characterized her lengthy career, and it turned out the trailblazing anchorwoman did. (Spoiler alert: Buddying up with bloodthirsty dictators was not one of them.)

Watch Walters' guide for being relevant for five decades below: