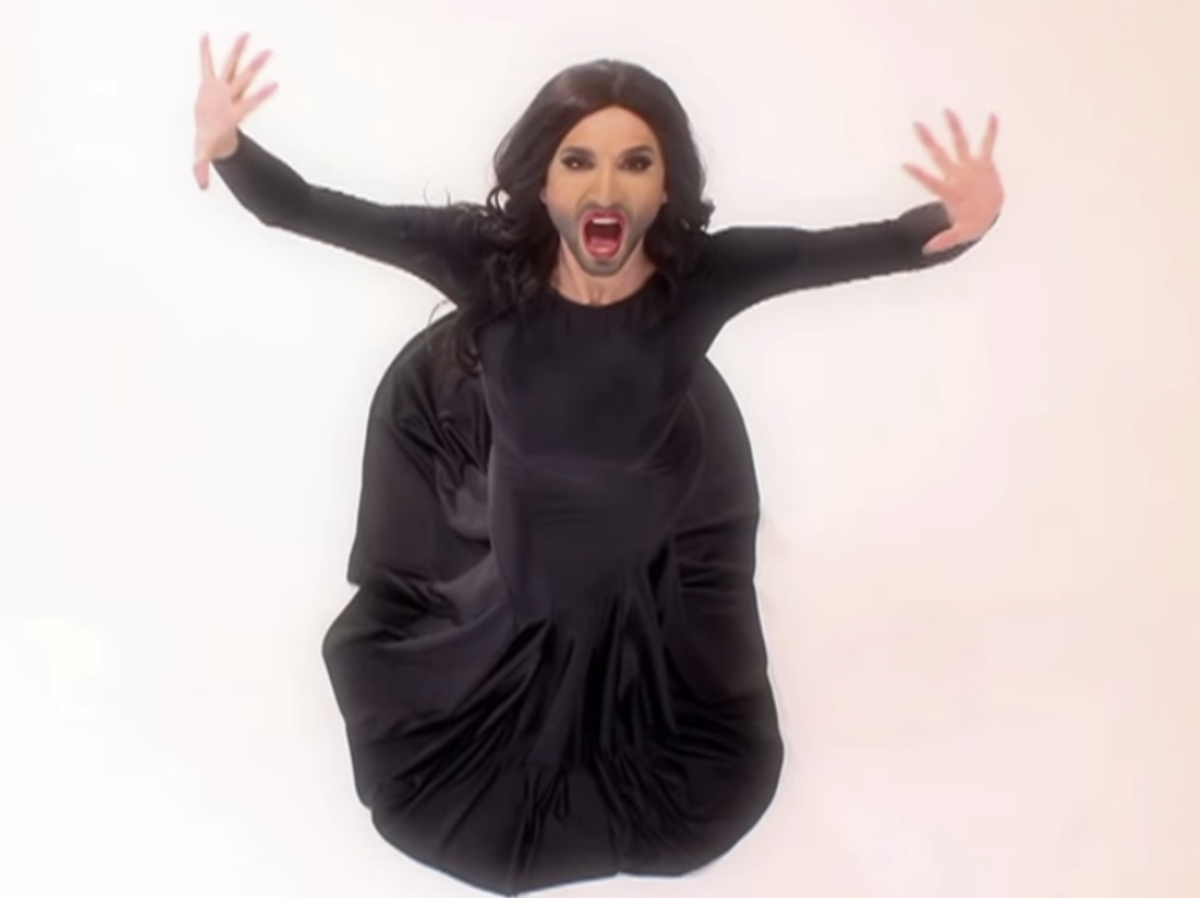 Yesterday Conchita Wurst, from Austria, was named the winner of Eurovision Song Contest. The competition spans the entire continent, and has been broadcasted since 1956 making it one of the longest running TV programs. Each participating country has a contestant, and winners are chosen by a mixture of judging panel and viewer votes. Past winners include ABBA and Celine Dion. The competition is held in the home country of the previous year's winner. This year it was held in Copenhagen, Denmark.

Wurst, who performs in drag, is known for her brunette locks, dazzling outfits and manicured beard. She also has a stunning and powerful voice. Her participation, mostly drummed up support across the continent -- with the exception of Russia and Belarus. According to Time, several Russian organizations called for a boycott of Eurovision 2014, and the same Russian politician who said that gay Olympians were subject to arrest called Wurst a "pervert." In Belarus there was a petition signed to not have Worst's songs broadcast.

However, they couldn't stop her path to victory. Watch Conchita Wurst sing, "Rise Like a Phoenix," the song written specifically for the competition, along with her song "That's What I Am" and  a cover of Tina Turner.

"Rolling on the River"