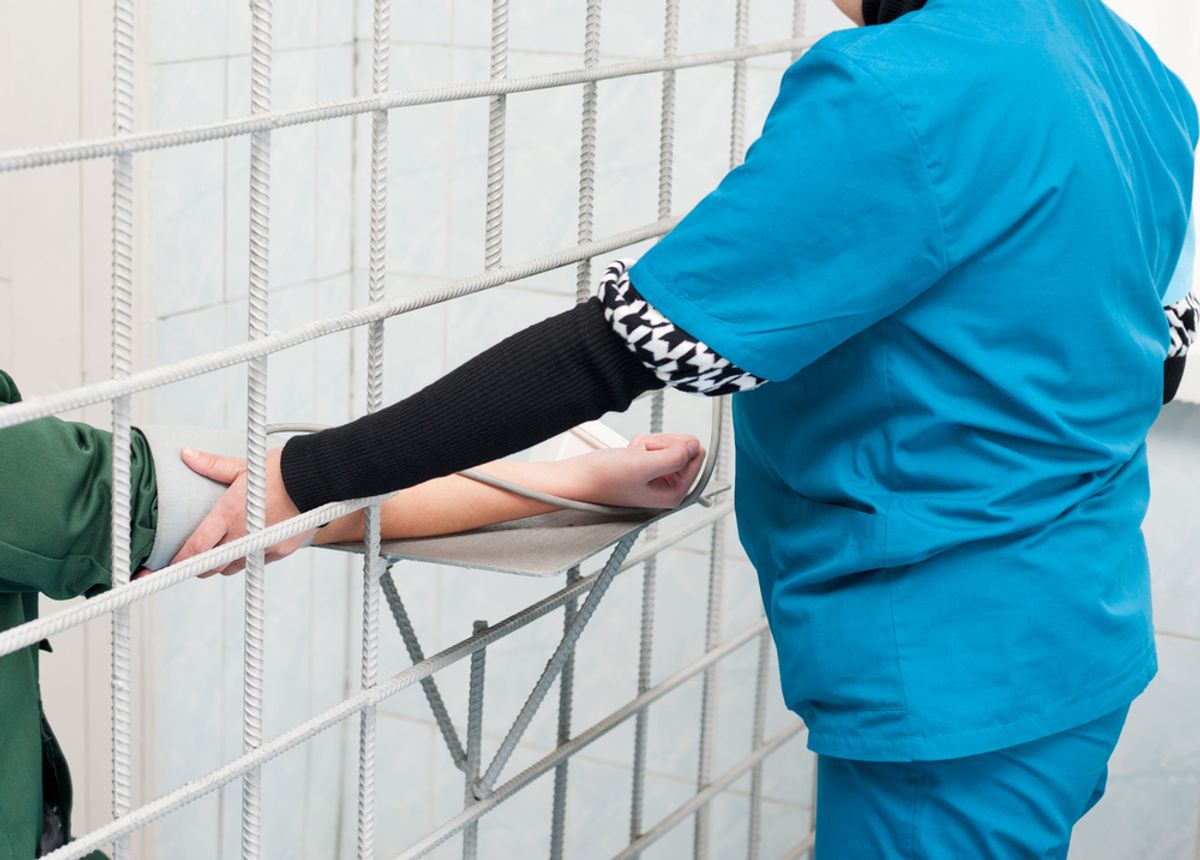 When HIV-infected inmates are released from detention—where many of them got started on HIV treatment—they often leave with drugs to control that infectious disease and a plan for ongoing care.

A pilot project underway in six states and the Commonwealth of Puerto Rico aims to pinpoint (and close) the gaps in HIV care between correctional facilities and outside treatment centers—and to nudge formerly incarcerated persons with HIV to be proactive about dealing with their infectious disease.

“Nationwide, we’re OK while individuals are on the inside,” says Dr. Josiah Rich, lead medical investigator for the project. “But once they’re outside, they fall into (an) abyss; they fall out of care.

“This presents a perfect storm.”

According to Rich, co-director of the Center for Prisoner Health and Human Rights at the Brown University Medical Center, former inmates who reinitiate sexual relationships increase the dangers of spreading the disease to others unless they have access to HIV antiretroviral drugs and commit to using them.

The five-year pilot project, which ends in 2015, is sited at correctional facilities and their affiliated, post-incarceration community clinics and doctor’s offices in California, Georgia, Massachusetts, North Carolina, Puerto Rico, Rhode Island, and Texas.

Funded through the federal Ryan White AIDS/HIV Program, the pilot project was prompted, in part, by a 2009Texas study of 2,000 inmates leaving that state’s prisons r4om January 2004 and December 2007. The study found that a disproportionate number  of those who left prison with HIV medication and a care plan were gradually  disconnected from HIV care once they were no longer incarcerated.

“They were released with 10 days’ worth of meds and with connections to pharmacies,” Rich told The Crime Report. “At the 10-day [mark], five percent of people had their necessary anti-retroviral drugs. At 60 days, only a third of people were getting their medicine … ”

From then on, he adds, there was a continuing drop in the percentage of formerly incarcerated people accessing drugs to control HIV.

While HIV no longer automatically develops into full-blown, deadly AIDS, it remains a public health concern.

The majority of prisoners are infected outside prison but initially diagnosed behind bars, Rich says.

Rich, who has been treating prisoners for 20 years, offered this illustration of the complexity of steering the care of formerly incarcerated HIV sufferers, including those in a Rhode Island clinic where he is on staff:

“I’d say to [a patient], ‘Come see me next Tuesday after you get out [of prison]’ and they just wouldn’t show up … They’d get re-incarcerated and I’d see them again at intake. And I’d say ‘What happened?’

“Doc, you’re telling me about something that’s not going to kill me for six to 12 months. I’ve got to worry about getting through today.’“

The first round of pilot study results are being tabulated and will be released in the coming months, Rich says.

The data will help researchers identify where the linkages between prison-based HIV care and post-prison HIV care are strongest and weakest. The key to repairing any breaches in care is implementing new and strengthening an array of existing services and opportunities required for thriving outside of incarceration.

The researchers hope to establish, for example, where there is a need for caseworkers who can assist former detainees with everything from job placement and enrollment in educational program to securing housing.

“The transition from being inside to outside is often worse, for all these [socio-economic] reasons,” Rich says. “When you’re inside, you have a tedious existence. You know where you’re going to sleep and where you’re next meal is coming from. On the outside, you don’t know which way is up.

“You’ve often lost family connections and friends. You’ve got a felony, which often means you have a hard time getting a job and have no resources.”

In addition, there often has not been a smooth hand-off of incarcerated HIV patients into community-based care, according to Dr. Brian Montague, an HIV and infectious disease physician and researcher at Brown’s Miriam Hospital and a co-investigator for the pilot project.

“Often, we just don’t where the gaps are,” he told The Crime Report. “On the clinic side, you don’t know [which formerly incarcerated patients] were supposed to come in. On the corrections side, they tell everyone they need an appointment on the outside. But they get no feedback of who kept those appointments.

“Ideally you’d like the system to track … who got outside treatment and how long it took. And when they got there, what condition were they in? Generally, people have a week to a month of HIV meds when they’re released—depending on the correctional system.

But he added that sometimes people leave with no meds because discharge workers did not have the time to get the medicine together or for other reasons.

The immune systems of individuals who are not on treatment will get progressively weaker. And for those with detectable viruses in their system, the corresponding risk of transmitting the virus to others is “much, much higher,” Montague says.

In the jails and prisons studied under the project, health care providers and administrators are being asked to give precise reports of how HIV patients are monitored in the period leading up to their release from prison and afterwards.

“We’re going throughout these silos, from the very top and then down to the people working on the frontlines,” says Montague. “That’s the only we are going to understand these systems.”