Amazon's new security scandal: Why its contractor's practices are causing a furor 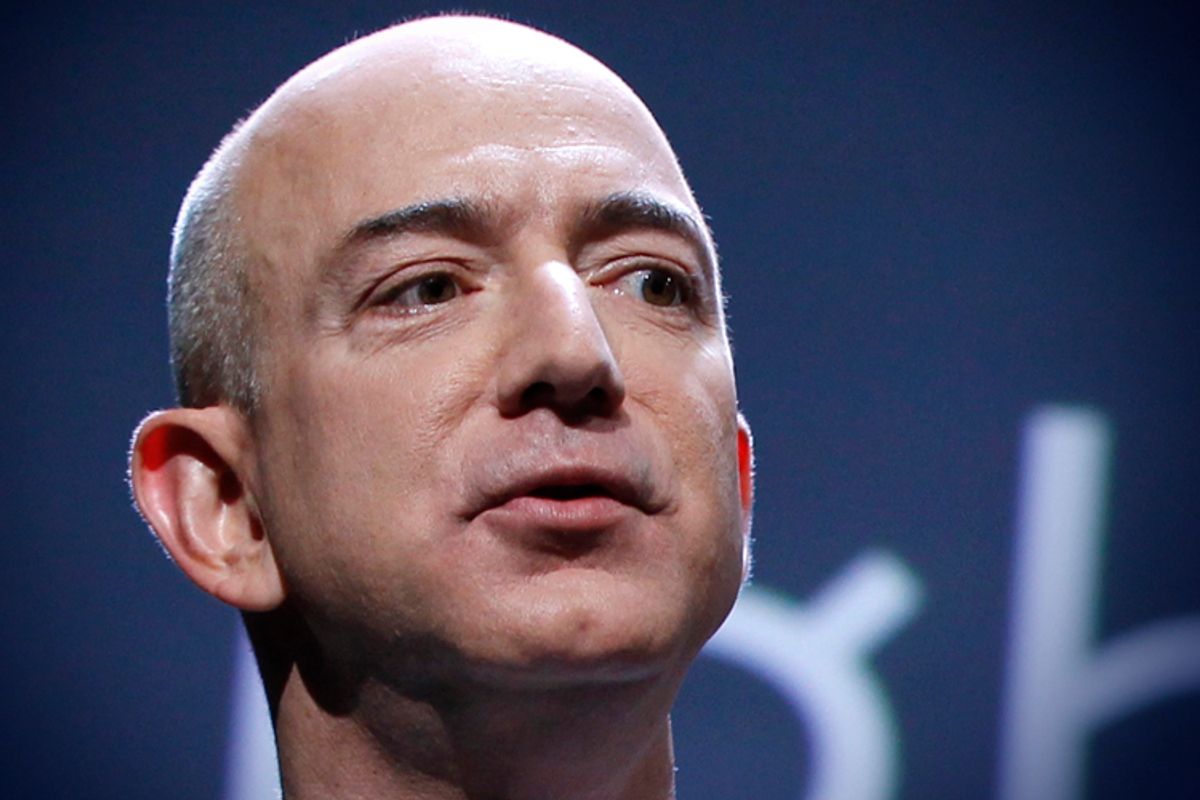 The security contractor hired to protect Amazon’s global headquarters is flouting both federal law and the e-commerce giant’s Code of Conduct, union activists allege to Salon.

“They’re definitely intimidating people,” charged Daivon Young, an employee of Security Industry Specialists seeking to join the Service Employees International Union. Rather than following the law, argued Young, “They’re making up their own rules as they go.” Amazon and SIS – which maintains a Web page denouncing “vicious” attacks by SEIU -- did not respond to Wednesday requests for comment on the allegations.

In charges filed May 5 with the National Labor Relations Board, SEIU accuses SIS – a California-based company whose employees the union has long sought to represent – of illegally “attempting surveillance activity to interfere with, restrain, coerce employees” out of exercising their New Deal rights. SEIU alleges that members of SIS’ “Executive Protection” squad – the more elite division responsible for protecting Amazon CEO Jeff Bezos -- were recently deployed to follow SEIU staff and SIS security workers around Amazon’s Seattle campus as they tried to distribute a new SEIU leaflet to SIS and Amazon employees. More dramatically, SEIU and Young – the only current SIS employee featured on the leaflet – allege that one of the Executive Protection members confronted Young on May 1 to demand information about the leafleting.

“He jumps off of a shuttle,” said Young, “comes up to me, harassing me and intimidating me about who’s passing out fliers, and he’s saying that I know who it is.” Young told Salon he was on a brief break from work at the time, and not participating in the day’s leafleting kickoff. But when he said so, he alleged, the Executive Protection staffer responded, “Stop fooling around with me and tell me where they’re at,” and “raised his voice and had his fingers all in my face ...” Young said he felt physically threatened, because “his body language was obviously showing that he’s angry about something … His intention to come and intimidate me is on purpose, it’s obvious.”

Young cited punitive lateness and time-off policies (calling in hours before a shift to say he’d be late due to unsafe road conditions was considered a “no-call-no-show,” he said) and insufficient pay ($15.50/ hour, according to SEIU) as issues that have spurred workers to organize. He alleged that SIS management has pushed back by campaigning against unionization in mandatory meetings, “talking about, ‘If you see the union, don’t speak to them, don’t say anything to them.’” Young also told Salon that back when he was hired in the summer of 2012, he and other workers were told by management in a group meeting “that if they did get a union, they would cancel out the whole entire account. We’d all be fired.”

Amazon’s Code of Conduct, posted on its website, pledges that “Our suppliers must respect the rights of employees to establish and join a legal organization of their own selection. Workers may not be penalized or subjected to harassment or intimidation for the non-violent exercise of their right to join or refrain from joining such legal organizations.” “If Amazon doesn’t want to tarnish its sterling reputation, it shouldn’t allow its private security contractor to skirt the rules that protect both Amazon employees and our city,” SEIU Local 6 president Sergio Salinas argued in an email to Salon.

As I’ve reported, SEIU has also rallied political, media and activist pressure against Google over alleged intimidation of SIS employees at Google’s Silicon Valley headquarters. Google, SIS employee Manny Cardenas argued to me at a demonstration last year, has “all the responsibility, because they’re the ones that are paying SIS and contracting them.” The SIS campaign is among an array of recent efforts by organized labor to spread struggles across supply chains – despite legal restrictions that make that a more burdensome task – and to hold name-brand companies accountable for workers who make possible their profits but aren’t legally their employees. Cardenas last year recalled a co-worker who had “told me to not talk about the union because they’re real strict about that,” and blamed fear of retaliation for the fact that “the last union meeting that we were at, I didn’t see any Google workers except myself.” (Over the past month, SEIU has targeted Google over SIS with leaflets, a community delegation, and an online game.)

Pro-union activists and advocates have long argued that U.S. law’s limited restrictions on union-busting, and the slow process and paltry penalties for enforcing what restrictions do exist, make coercive anti-organizing campaigns an attractive option for corporations. (Salon has covered such allegations at companies including Amy’s Bread, Iron Mountain, Kaplan, McKesson, NBC Universal, Northwestern, NYU, Target and Wal-Mart.) By compelling Google or Amazon (a company the machinists union alleged to Salon employed intimidation tactics against its own employees in the lead-up to a January union vote) to crack down on their supplier’s alleged union-busting, SEIU aims to make organizing a less risky prospect for SIS employees. In the meantime, SEIU says five or six of SIS' couple of hundred current employees at Amazon HQ have helped hand out leaflets on the public streets running through the campus. Still, said Young, “This job is all some people have ... And so they just submit to it.”