Don't call it a humblebrag. Research shows it can leave us vulnerable to addiction and a slew of mental disorders 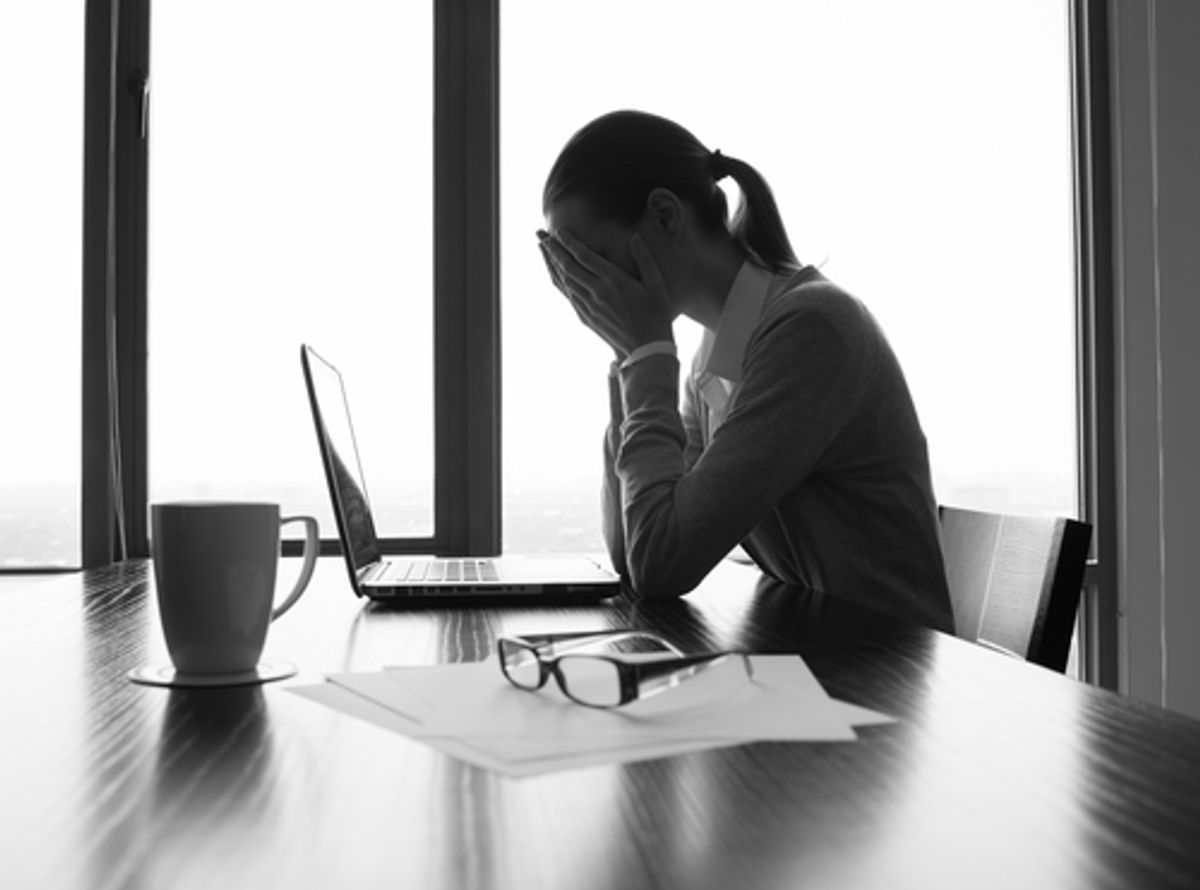 When I say my biggest weakness is perfectionism, I’m not humblebragging. I’m really not. I wouldn’t wish perfectionism on someone any more than I would wish them to be physically handicapped. In fact, recent research indicates that perfectionism has posed a real handicap for women in the workplace. More than that, perfectionism can predispose people to addiction and a slew of other mental illnesses.

The idea that many addicts are actually perfectionists seems counterintuitive. Growing up, we all heard “Stay In School” and “Say No To Drugs” uttered in the same breath. But addiction doesn’t just strike the kids on the academic fringes; it strikes the valedictorians, too. Those overachieving, “curve-breaker” types go through life saddled with unrealistic expectations. Sometimes parents are the problem, but frequently it’s the kids themselves who are generating their own pressure because they’ve never learned how to cope with making mistakes. And perfectionism isn’t something that leaves us as we grow into adults.

“The patients I treat are highly successful in the external aspects of their lives—they are wealthy, powerful, incredibly smart and often household names,” says addiction expert Dr. Paul Hokemeyer, who, rather perfectly, has “striving for perfection and falling woefully short” written in his Twitter bio. “Their demand for perfection has enabled them to excel in traditional notions of success, but turns against them when they need to resource the compassion for and acceptance of their humanness that will enable them to succeed as recovering women and men living in an imperfect world.”

There’s arguably no better place for perfectionism to thrive than in our increasingly competitive schools, which is why so many students are turning to so-called study drugs—Adderall, Ritalin and other amphetamines—to pull all nighters and “focus better.” College campuses are candy stores for stimulant fiends. But the drugs themselves aren’t the root of the problem; it’s the attitude of the kids who abuse them: I’m not good enough on my own.

Stimulants don’t magically make anyone good enough, it turns out, so the next line of defense against that nagging self-doubt may be to drown it out with alcohol or other downers. And it’s not just substance abuse; perfectionism has also been linked to eating disorders, self-harm, anxiety and depression. If you can play bingo with these problems when you look back at your life and haven’t suffered some trauma that helps explain them, you’re probably a perfectionist. The reason perfectionists tend to develop some of the same problems as people who have been abused is that perfectionists basically abuse themselves 24/7. They don’t call it “beating yourself up” for nothing.

The trouble with aiming for perfection is that failure is guaranteed. Every minor shortfall—every 95%—reinforces a perfectionist’s sense of unworthiness. These feelings become unbearable, and we’ll do anything to make them stop, whether it’s the false confidence of cocaine or the total check-out of opiates. And once we’re entangled in active addiction, we make even more bad choices to beat ourselves up about. Worst of all, since Rule Number 2 of Perfectionland is to never ask for help from anyone, perfectionists are often the last to seek therapy, treatment, and especially 12-step groups. Coming to see oneself as powerless is (no pun intended) a tough pill for a perfectionist to swallow. We’re more likely to try to recover through sheer self-will because surrendering sounds like something only a loser would do. Then when we relapse we beat ourselves up even more, and the cycle of guilt, shame, and punishment continues.

What does perfectionism feel like?  It can be paralyzing. It means that every time I make a mistake, I re-live it over and over for the rest of the day. Sitting in the front of my brain (not the back—let’s not even go to the back) there’s a little critic who does nothing all day but judge, judge, judge. I should have said this instead that. If I’d only turned on Fairfax instead of La Brea. In school I always started papers early—because that’s what responsible students did, I thought—and yet I still invariably found myself scrambling to finish at the last minute. Why? Because I had to rewrite each sentence 50 times to Get It Right. Needless to say, I hated everything I wrote by the time I turned it in, which felt more like giving up than an accomplishment. But I never missed a deadline—unless I was prepared to drop the class.

You’d think perfectionists would just learn to deal already after living on Earth long enough. But Perfectionland operates under an entirely different system of logic than Earth’s. Rule Number One: if you can’t do something perfectly, you may as well just chuck it out the window. In Perfectionland, if you commit to eating nothing but egg whites and veggies for a week and have an Oreo on Day 2, you’re a failure, and the only way to push away that sense of worthlessness is to eat the whole damn pack. On Earth, we’d acknowledge that this diet plan was unrealistic in the first place, just like we’d know that stopping at one Oreo (or one martini) is theoretically possible. But we’re in Perfectionland, where everything is black or white, good or bad, all or nothing, dry or drunk. When I learned about the id, ego and superego in school, I felt like my superego and my id were so busy duking it out that my ego had shrunk into a corner, wasting away. I didn’t know what my true, healthy self wanted; I only knew the me who wanted to be #1 at all costs and the me who wanted to SMASH.

It’s this loss of connection with the self, I think, that really makes perfectionists so prone to mental illness. Perfectionists’ self-esteem is always yo-yoing between self-importance and self-loathing. We hold ourselves to higher standards than we demand of the rest of the world, yet we refuse to acknowledge anything less than a full-on victory. I’ve seen this same contradiction in the rooms of recovery. Even though addiction causes people to be extremely selfish, many addicts acknowledge that they’re harder on themselves than on anyone else.

Can we have high standards without being perfectionists? Maybe, but it can seem as daunting as stopping at one Oreo. Being okay with “good enough” takes daily practice, daily surrender. Perfectionism is really the opposite of acceptance, which is one of the keys to recovery from anything. No matter how many times we say or hear the Serenity Prayer, it doesn’t come easy.

There are, of course, things we perfectionists can do to ease up on ourselves. Hokemeyer urges his patients to see that “releasing their grip on perfection, if even ever so slightly,” will allow them to have “the peace of mind, connection with the world and a grounding that they’ve hungered for their whole lives.” But I know from dealing with my own mind that it’s one thing to learn to accept things that are obviously out of our hands, like traffic or the weather but much harder to accept and forgive our own mistakes. Still, the truth is that we can’t change those either, and we also can’t change the fact that we’re going to make more no matter how hard we try. Whatever the Higher Power that guides us through our recovery might be, it’s sure as hell not us. And if we’re not God, how can we expect to be perfect? Regardless of what Steps Six and Seven say about removing our shortcomings, recovery won’t make anybody perfect. Nothing can. And that’s not only okay, that’s exactly how it’s supposed to be.