Rand Paul to Obama in the New York Times: Show me the memos! 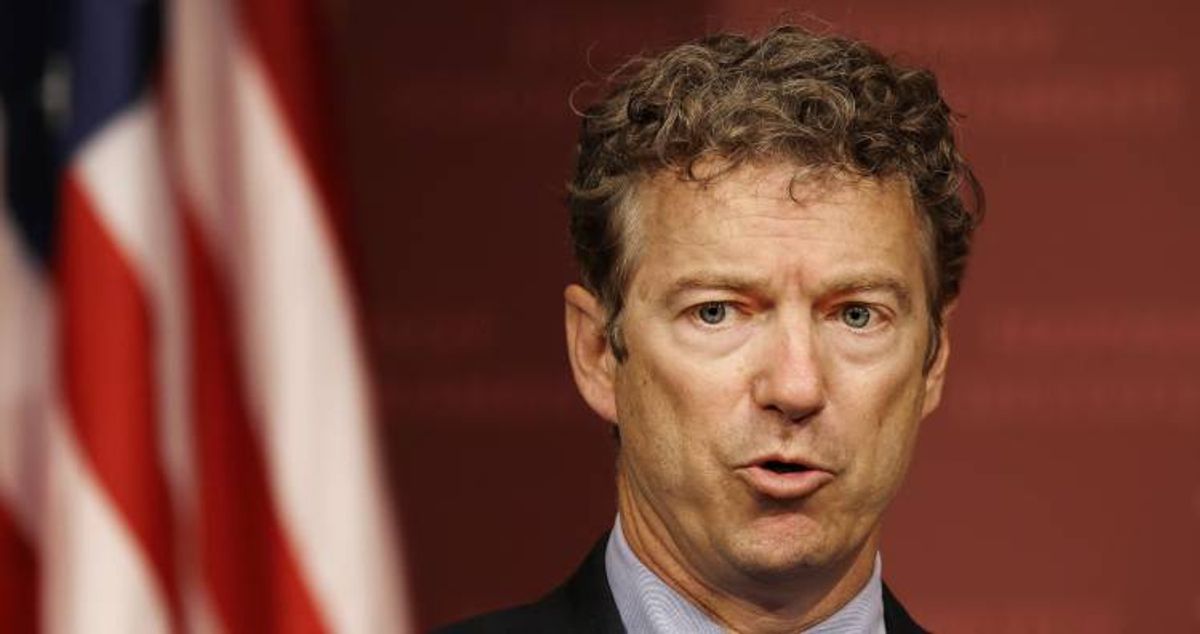 Ever since he joined the U.S. Senate, Kentucky's Rand Paul has been on a mission to bring greater transparency to the federal government's many secretive anti-terrorism policies — with the White House's increasing reliance on targeted drone strikes chief among them.

A little more than a year ago, Paul proved his sincerity by filibustering for hours on end. This time, however, Paul has opted to take a less physically taxing route, demanding in a strongly worded Op-Ed in the New York Times that the administration release to the Senate and the public versions of the memos it relies on to justify using drone strikes to kill American citizens.

If it doesn't, Paul hints, he may strenuously oppose the nomination of David J. Barron, who wrote at least some of memos in question, to the United States Court of Appeals for the 1st Circuit.

"I believe that all senators should have access to all of these opinions," Paul writes. "Furthermore, the American people deserve to see redacted versions of these memos so that they can understand the Obama administration’s legal justification for this extraordinary exercise of executive power."

"The White House may invoke national security against disclosure," Paul concedes, "but legal arguments that affect the rights of every American should not have the privilege of secrecy."

Writing of Anwar al-Awlaki, the American-born alleged al-Qaida propagandist and leader who was killed by a drone strike in 2011, Paul explains, "I don’t doubt that Mr. Awlaki committed treason and deserved the most severe punishment. Under our Constitution, he should have been tried — in absentia, if necessary — and allowed a legal defense." But Paul rejects the notion that Awlaki's maliciousness somehow negated the need for a traditional trial.

"If he had been convicted and sentenced to death," Paul continues, "then the execution of that sentence, whether by drone or by injection, would not have been an issue. But this new legal standard does not apply merely to a despicable human being who wanted to harm the United States. The Obama administration has established a legal justification that applies to every American citizen, whether in Yemen, Germany or Canada."

More from Paul in the New York Times:

Defending the rights of all American citizens to a trial by jury is a core value of our Constitution. Those who would make exceptions for killing accused American citizens without trial should give thought to the times in our history when either prejudice or fear allowed us to forget due process. During World War I, our nation convicted and imprisoned Americans who voiced opposition to the war. During World War II, the government interned Japanese-Americans.

The rule of law exists to protect those who are minorities by virtue of their skin color or their beliefs. That is why I am fighting this nomination. And I will do so until Mr. Barron frankly discusses his opinions on executing Americans without trial, and until the American people are able to participate in one of the most consequential debates in our history.