"They're rich and I don't have anything": Why Louie pretends to be poor

As the real Louie has found commercial success, "Louie" insists that he hasn't 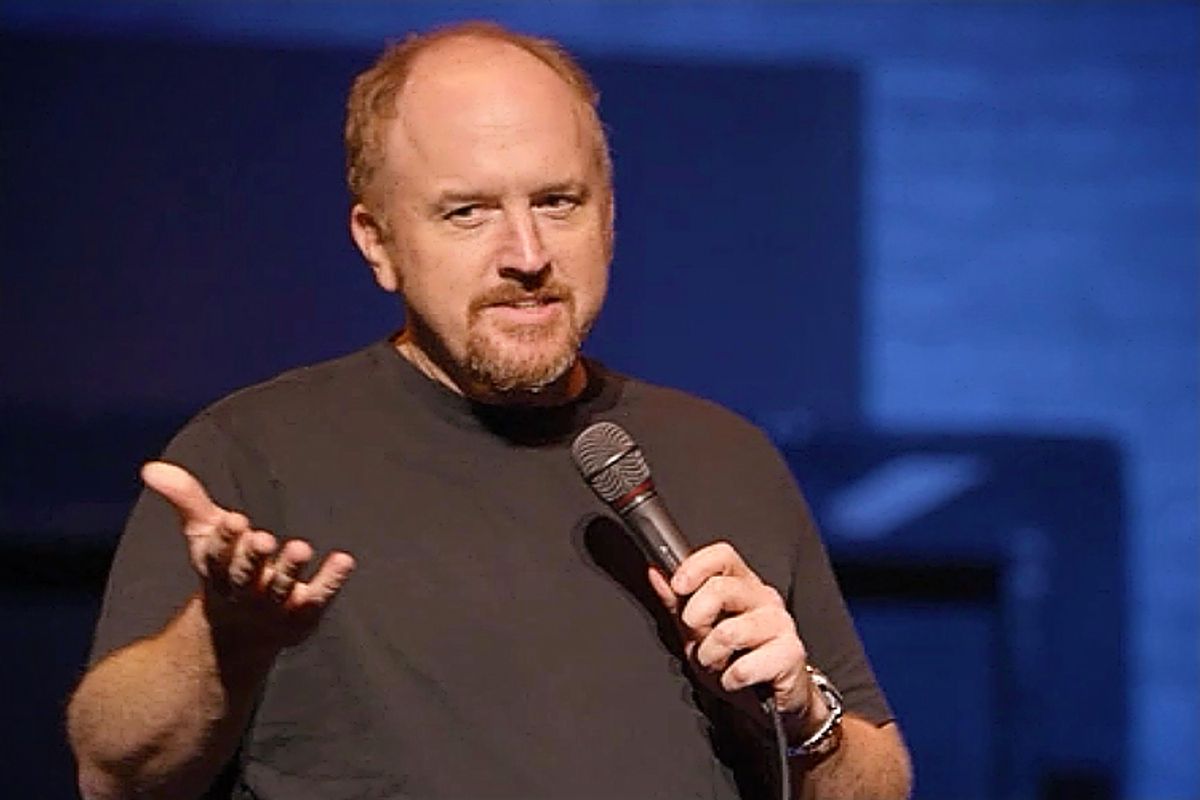 In a recent episode of “Louie,” after an unfortunate tickling mishap causes Louie to accidentally punch a wealthy model, his lawyer explains the settlement the comedian faces from the model’s family: $5,000 a month, for a total of $5 million. Louie balks. “They’re rich and I don’t have anything,” he says. “People are under the misconception that the rich can’t sue the poor,” the lawyer replies. “They can.” Great line — but we’re supposed to believe that Louis C.K. is “the poor”?

Nothing pulls us out of the narrative spell of “Louie” quite like being reminded that Louis C.K. is playing a part — specifically, pretending to be a struggling comic when he is very clearly not one. Here is a man who is currently riding the crest of his cultural moment, who has been on the cover of Rolling Stone and GQ, who has been dubbed a “genius” and “America’s undisputed king of comedy” by all manner of top-tier publications. The mere fact that his FX show returned last week after a 20-month hiatus caused much celebration across the land, or at least among his considerable fan base — most of whom, while not exactly the 1 percent, are probably in the top third or so. (We binge-viewers have at least a few luxuries among our DVRs and Apple TVs.)

And yet Louie continues to portray himself as a down-at-the-heels schlub scrambling to make ends meet. It’s more than just a preference for untucked black T-shirts and baggy jeans; it’s specifically about a lack of wealth and status, from missing out on his dream apartment because he can’t afford even a single month’s mortgage payment to pursuing “The Late Show” host job so his daughters could finally have a successful role model. So it’s fitting, if only coincidental, that Seinfeld made a memorable cameo in the “Louie” episode with the astronaut’s daughter. After all, Seinfeld himself pioneered the struggling-comic act two decades ago. Though TV comedies had been incorporating elements of its stars’ actual lives dating all the way back to “I Love Lucy,” nothing had come so close to parodying a comic’s exact persona as “Seinfeld” did. It was right there in the name: Many sitcom stars used their own first names for their characters, but no one before Seinfeld had used both their first and last names from real life.

Lines, of course, were still drawn — this was clearly not reality TV, nor even the pretense of it. While “Seinfeld” grew from cult hit to phenomenon, fictional Jerry stayed in his Upper West Side apartment engaging in antics with his friends, living a life that felt a lot closer to pre-”Seinfeld” Jerry than the Los Angeles-dwelling sitcom sensation he’d become, as if any change in life circumstance posed a threat to his well-oiled shtick. This on-screen Jerry made enough cash at comedy gigs to free him up during the day for shenanigans, but no more. (Real-life Jerry, meanwhile, was spending most of his time rewriting scripts, rehearsing, editing, doing interviews, and, if he was lucky, sleeping — not exactly hilarious stuff.) When sitcom Seinfeld gets an offer from NBC to star in his own show, he succeeds just long enough to parody everything about his real show and its inception, but “Jerry” gets no further than shooting a pilot before it tanks.

Several comedians have made “Seinfeld” their model when it comes to playing themselves on-screen. But shows tend to diverge on whether to mirror a star’s real-life career trajectory, or to hold fast to an archetype of the middling comic. “Seinfeld” co-creator Larry David has always been comfortable representing his own affluence (easy to do when you are sending up your own curmudgeonly entitlement): “Larry” can write large checks, buy nice houses and even arrange for “Seinfeld” reunions. On Marc Maron’s IFC show, Maron shows himself taping his podcast in his garage (as he does in reality) while wrestling with his personal demons, but also makes an effort to let his fictional self evolve along with his own actual circumstances. In a recent interview with Salon about the new season of his show, Maron said: “What we knew going in [to this season] was that this was going to be me dealing with that first wave of things getting better. For the first time in my life, I seem to have a little traction and a little more opportunity and there’s the idea that I’m a little more successful.”

David and Maron have parlayed their most irksome character flaws into comic tics that can sustain a half-hour (or more) of sitcom. And when Seinfeld spoofs himself as a struggling comic, there’s still something shticky about it — for the most part, the gears cranking behind his comic persona are visible. But C.K. has built his brand on playing a kind of bedraggled everyman, relatable and realistic but several notches less functional than he obviously is in real life. And needless to say, knowing that someone is worth, say, $800 million (i.e., Seinfeld) makes it harder for us to see them as the hapless hero.  “Forbes,” for the record, estimates that the real Louis C.K. made $16 million last year. He seems committed to maintaining the same reasonable-regular-guy image no matter how many digital downloads of his comedy specials and concert tickets he sells, no matter how much he rakes in from creating, writing, producing and starring in his own show.

Sure, “Louie” has always been a dreamlike riff on its main character’s real life, and the $5 million moment was part of the whole surreal spectacle. And the episode with the fancy benefit still managed to offer a substantive commentary on class and wealth. Whether Louie can actually afford that world may be beside the point: Having the money and actually feeling at home in the realm of black-tie galas and beachfront mansions are two different things; what’s most important is that Louie, as usual, is squirming in his own skin.

But the $5 million moment was a rare chink in “Louie’s" armor; it pulled the viewer out of the world of the show, forcing a rare reckoning with the basic discrepancy between the comedian on-screen and the comedian currently occupying the zeitgeist. Even “Louie’s" magical moments, at their best, have a kind of dark naturalism; in his cynical, particular worldview, there’s a perverse thread of the universal. So his claim to relative pennilessness can ring false in a way that nothing else on “Louie” does. As C.K. continues his much-deserved climb to commercial success, it may be time for him to give up the struggling comic act at last.