The former adviser to George W. Bush and Mitt Romney claims he never secretly agreed that taxes must be raised 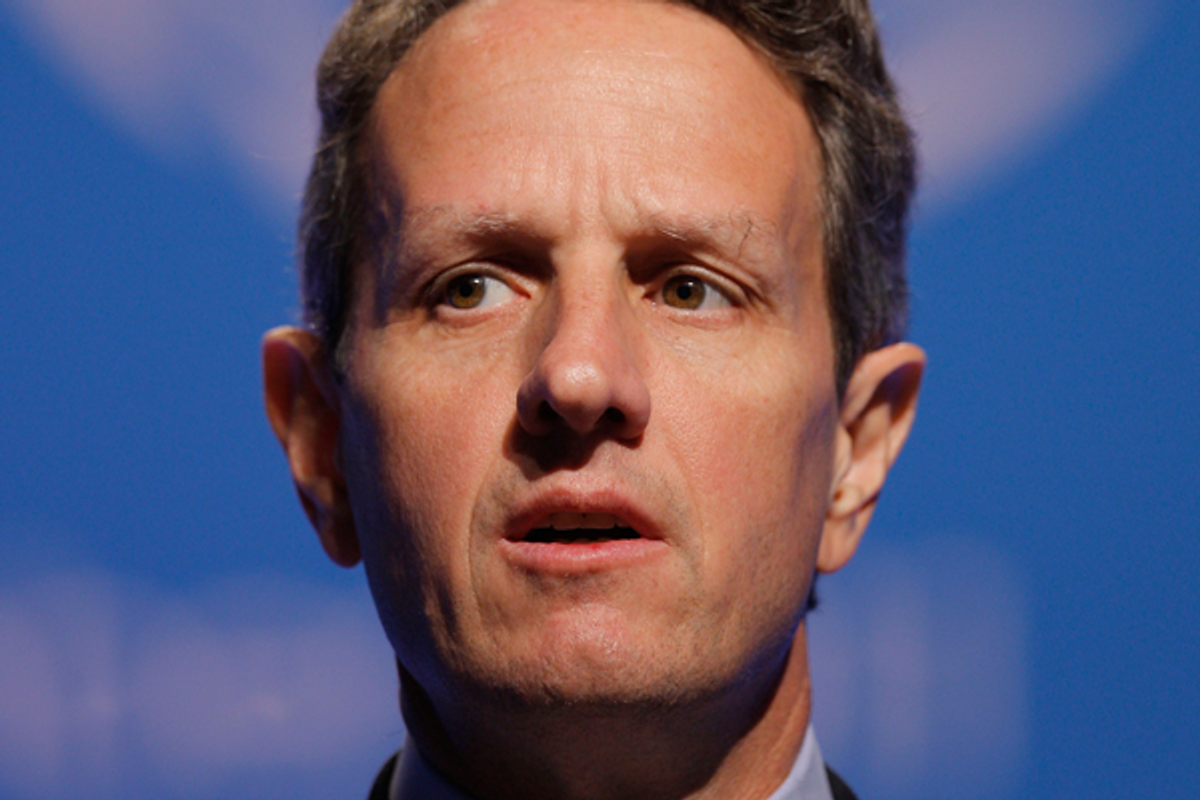 Former Treasury Secretary Timothy Geithner's memoir, "Stress Test," is slated to be released this week, which means that some of the juiciest bits from the recollections of the one-time member of the Obama administration have been making their way to the press.

But are they even true?

In one of the more telling anecdotes, Geithner explains to GOP economist and advisor Glenn "give it your best shot" Hubbard that the administration won't endorse the doomed Simpsons-Bowles deficit reduction plan until Republicans agree to raise high-earners' taxes.

"Well, of course we have to raise taxes,” Hubbard responded, according to Geithner. “We just can’t say that now.”

For Geithner and supporters of the administration (as well as those who simply oppose the GOP) the story is a kind of smoking gun, proof that the Republican Party is fundamentally unserious and intellectually dishonest when it comes to fiscal conservatism.

But for Hubbard, at least, the story is something else — a lie.

“It’s pretty simple. It’s not true,” Hubbard said on Sunday, when reached by Politico. “Geithner is making it up.”

“I was asking him something like, how can Romney’s plan be off base because it’s essentially the Bowles-Simpson structure and Bowles-Simpson actually raises revenue,” Hubbard continued. “But I wasn’t suggesting that we’re trying to raise taxes.”

Hubbard went on, speaking of his time with the Romney 2012 campaign: “We believed that with our numbers, we would not have to [raise taxes]." Geithner's mistaken recollection of their conversation, Hubbard claimed, was due to either a "misunderstanding" or because the former treasury secretary was "just lying."