“The debate on climate change ought not to be whether or not it exists. It is what we should do about it" 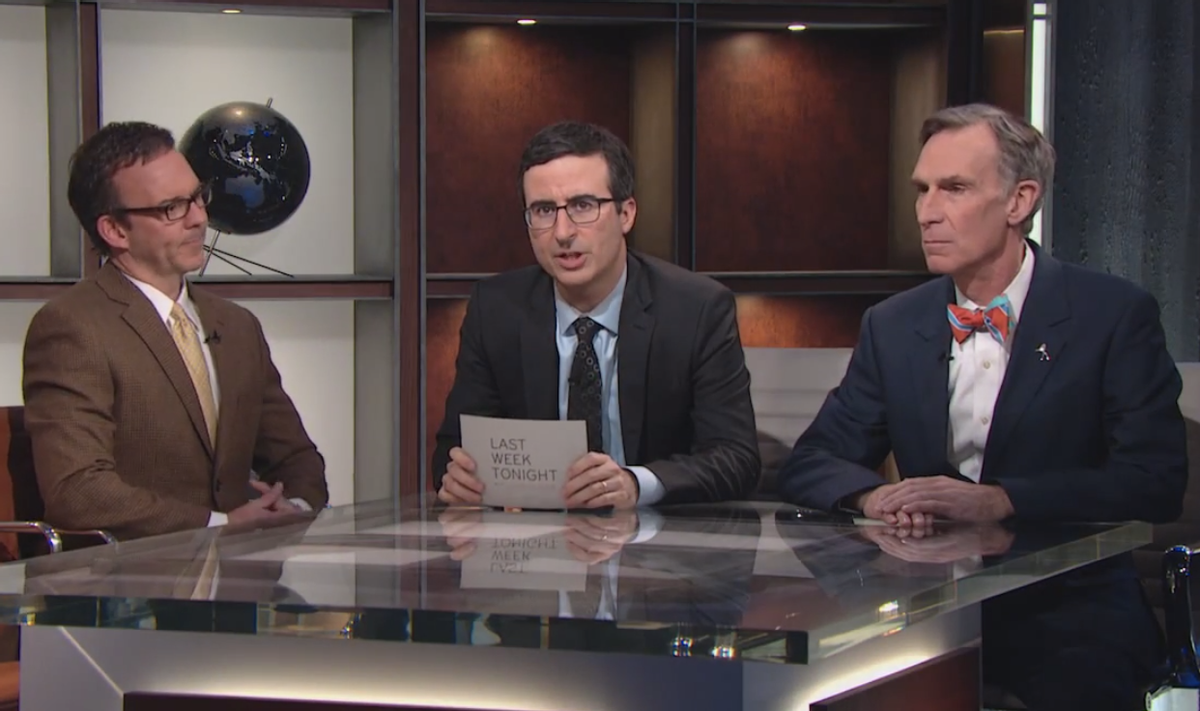 On his new show, "Last Week Tonight" John Oliver took a much needed jab at the ridiculous and terrible way climate change is reported on by media. Last week the White House released the third National Climate Assessment, which found: "Global climate is changing and this is apparent across the United States in a wide range of observations. The global warming of the past 50 years is primarily due to human activities, predominantly the burning of fossil fuels."

"But incredibly," Oliver points out, "this latest damning scientific report may still face an uphill climb with some of us."

He was referring to a recent Gallup report, which found that one in four American's is skeptical of climate change.

“The debate on climate change ought not to be whether or not it exists. It is what we should do about it," Oliver exclaimed. "There is a mountain of research on this topic.”

Oliver then looks at how climate change is represented by the mainstream media. And he found that it was usually a one-on-one debate between a climate skeptic and, of course, Bill Nye the Science Guy. To remedy this Oliver holds his own "debate" of sorts. (Though he states emphatically that there shouldn't even be a debate on climate change, because it exists.)

“If there has to be a debate about the reality of climate change — and there doesn’t — then there is only one mathematically fair way to do it,” Oliver says. Watch what happens below: