Why AT&T's merger with DirecTV is a terrible idea 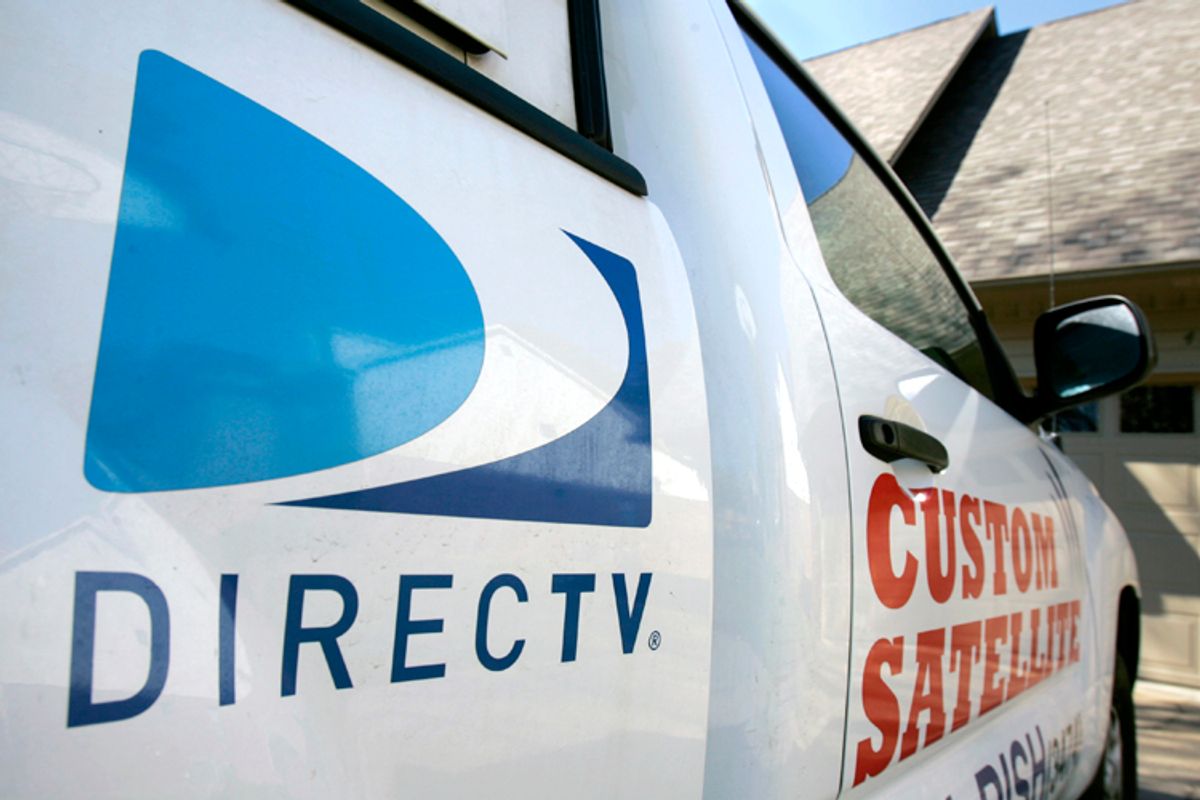 Another day, another headline that should be subtitled: "Here is why forceful action ensuring strict net neutrality should be the FCC's primary policy objective."

Bloomberg reported on Monday that AT&T is in talks to buy the satellite TV operator DirecTV. Bloomberg describes the move as a strategic counter to Comcast's successful Xfinity package, which bundles pay TV, Internet and phone service in one package

The purchase would give AT&T a national satellite-TV provider to combine with its wireless, phone and high-speed broadband Internet services as competition ramps up. The pool of pay-TV customers is peaking in the U.S. because viewers are increasingly watching video online, and the combination would keep DirecTV from being on its own with just a TV offering and no competitive Internet package.

All true, although AT&T's DSL broadband lags well behind cable Internet bandwidth. But the deeper story here is that the merger, if it passes antitrust scrutiny, will offer us yet another example of how the telecom companies are poised to be the ultimate gatekeepers in what was once a glorious free-for-all. We already know that AT&T has announced plans to go up against Netflix and Amazon Prime with its own streaming video business. In a world without net neutrality, AT&T would be free to make sure that its own video offerings take the "fast lane" -- and would likely be smoothly integrated, with premier marketing placement, on DirecTV.

The distribution companies are steadily usurping power and control from the content companies. The more consolidation occurs, the more leverage the AT&Ts and Comcasts will have to set pricing, discriminate against information providers and squelch competition. The consumer can only lose.